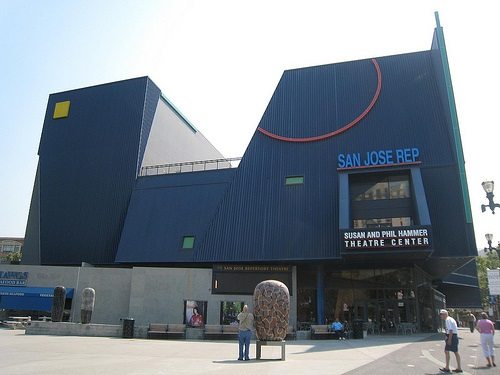 As onlookers, it appears to us to be a very dangerous time for performing arts organizations, and this week the San Jose Repertory Theatre declared itself out of business. Reportedly, the move will immediately precede a bankruptcy filing.

Opened originally in 1980, “the Rep,” as it is known, is one of the largest nonprofit theaters in the Bay Area. According to its 990 filings, the organization has been in financial trouble for some time. Nonprofit Quarterly actually wrote about the theater previously in an article meant to take the temperature of nonprofits around the country right after the start of the recession. Christa Stiner was the organization’s chief financial officer and she taught me an enormous amount about the risks of a local performing arts group. Here is what we wrote then:

The San Jose Repertory Theatre in San Jose, California, is one of the anchoring cultural institutions of San Jose’s downtown core. Along with many other live theaters in the country, it has struggled with its business plan of late, and the business plan has everything to do with knowing and addressing the interests of the local audience.

“This is not a ‘roadhouse’” says Christa Stiner, the organization’s chief financial officer. “When we present a show, it is almost always ours, self-produced.” Stiner is part of a reconstruction team that took over the theater after the city, which owns the building housing the theater, intervened in the institution’s discussions about possible closure. “That’s when the city of San Jose said, ‘We can’t afford to have this theater go dark,’” Stiner says. “They came in with a $2 million line of credit, $550,000 of which immediately went to pay past-due payables.” Another $250,000 has shored up declining donations. The line of credit has given the institution some breathing room within which it has reorganized its cost structures and revitalized interest among its audience and donors.

Despite its progress, the economic downturn comes at a difficult time for the theater. And Stiner has been “visited” by a local ghost that stands as a kind of cautionary tale for theatrical risk taking and good management.

In December 2008, the city’s 75-year-old American Musical Theater, which had nearly twice the annual budget of the repertory theater, went bankrupt and closed. “I looked at their 990s online at GuideStar—just to understand what happened,” Stiner says.

They had been running some pretty dramatic deficits. They were in a negative asset position to the tune of $2 million, so they had been missing their revenue goals for quite some time. But what pushed them over the edge was a partnership. They had sent $225,000 to a coproduction partner that used the money for its own operating expenses rather than to build the show, so not only were they out the $225,000, but they did not have anything for that slot in the season. They didn’t have the money to refund subscribers or single-ticket buyers: a debt of approximately $800,000. The whole loss was reported to be somewhere around $1.7 million. They just closed.

But as they try to avoid a similar fate, the administrators of the theater have not been abandoned. The finance department of the city monitors the theater carefully, reviewing its financials on a monthly basis. The theater’s finance committee has “some of the brightest brains in Silicon Valley on it,” Stiner says. “These people are very engaged. They know how we got into trouble in the first place, and they are set on making sure that we get out of trouble now.” Still, there is no doubt that the theater is walking a fine line.

While the theater is in its current position, Stiner says it must save wherever possible. So it has tried to reduce staff costs while not crippling its ability to produce. This meant a recent temporary across-the-board reduction of hours from a 40-hour workweek to a 35-hour one. “Everyone took the pain equally, and nobody got laid off,” reports Stiner. “Morale was good for the three months that we cut. There were no empty cubicles.”

In short, this was a well-regarded, if financially frail, organization with a lot of hands on deck.

When we last talked with her, Stiner was upbeat, feeling like they had made some good choices in selecting performances that would attract the local community. But that was in 2009. In 2011, the city curtailed funding to the theater, along with a number of other local institutions, after the state ordered a dissolution of local redevelopment agencies. All together, six groups experienced a combined annual reduction of $1.3 million.

Maybe that was a tipping point, because the theater’s finances appear to have descended quickly since then. According to Inside Bay Area News, the Rep is not an underperforming exception in that arts scene; Ballet San Jose has also been plagued with financial crises. Shakespeare Santa Cruz died last year but was later resuscitated, and as mentioned above the American Musical Theatre of San Jose closed in 2008. But the fate of the Rep has left many reeling.

“We deeply regret having to take this action because of the impact it will have on our 51 employees, the artists we work with each season, our season ticket holders, loyal patrons and generous donors and supporters,” said board president Holly Walter. “However, after months of trying to solve our financial issues, reduce our debts and construct a sustainable model for the organization, we felt we had no choice but to take this action.”

“The Rep has long been a centerpiece of the arts in San Jose,” says Robert Kelley, artistic director of TheatreWorks. “Its vibrant and adventuresome productions have given a technology driven city an artistic soul. What a tragedy to lose this pillar of the arts in the Bay Area.”—Ruth McCambridge