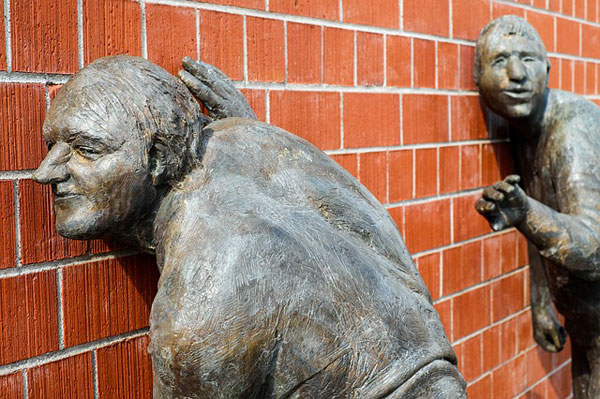 It’s never been a closely held secret that large donations to universities have been linked to the acceptance of a specific student from time to time. But, as the admissions scandal surfaced a more flatfooted and brokered form of bribing a student’s way into school, the more obscured practices that take place directly between schools and donors also rose into view.

Marjorie Valbrun, writing for Inside Higher Ed, suggests that many see no clear distinction between what’s taken place in these prosecuted cases and the provision of certain easements to family members of university donors.

Maria Laskaris, the former dean of admissions at Dartmouth College, is quoted by the San Francisco Chronicle as saying that at selective colleges, admissions prospects for students improve when they come from families wealthy enough to donate. “It’s not a guarantee of admissions for sure, but it is certainly something you’re made aware of,” she says. “Colleges are always in fundraising mode.”

The increased public disquiet around such practices have caused some to declare themselves in review mode. As Valbrun writes:

At Brown University, which enrolls some of the wealthiest students in the country, there doesn’t appear to be a solid wall separating admissions operations from development operations. The university allowed its fund-raising office to set up campus tours and meetings with faculty members for applicants whose parents are Brown alumni, or who are related to wealthy individuals or others that have relationships with university fund-raisers. In some cases, the faculty members were encouraged to write letters to the admissions office about their (positive) impressions of the applicants.

A Brown spokesman said late last month that the university would end these practices. He also said the university would stop providing free college counseling—from counselors with extensive experience in admissions—to the children of Brown alumni, faculty members and other employees.

Under this increased scrutiny, Brown President Christina Paxson announced a review of policies on “fairness” in admissions. “Preferential treatment, real or suspected, for students based on wealth or privilege is corrosive to our community,” she said in a letter to the university community. “We are looking carefully at all our practices across the university—from alumni and parent engagement, to residential life, to academic concerns, to student conduct—to make sure that favoritism has no influence on students’ experiences.”

It definitely does not help that some are making distinctions without a difference. Valbrun quotes Amir Pasic, dean of the Indiana University Lilly Family School of Philanthropy, as saying, “Wealthy people buying their way in is not what philanthropy is about. There’s a huge difference between donating and bribing. Both actions come from wealth, but they’re very different exercises of wealth. Of course, donors get recognition and special treatment, but there’s a wall between that and the admission process.”

Hmmm. Maybe not. Perhaps a better tack might be to urge—or even require—colleges to create a stronger set of ethical practices that disallows links between donations and admissions.—Ruth McCambridge

More about: colleges and universitiesmega-donorsScandals