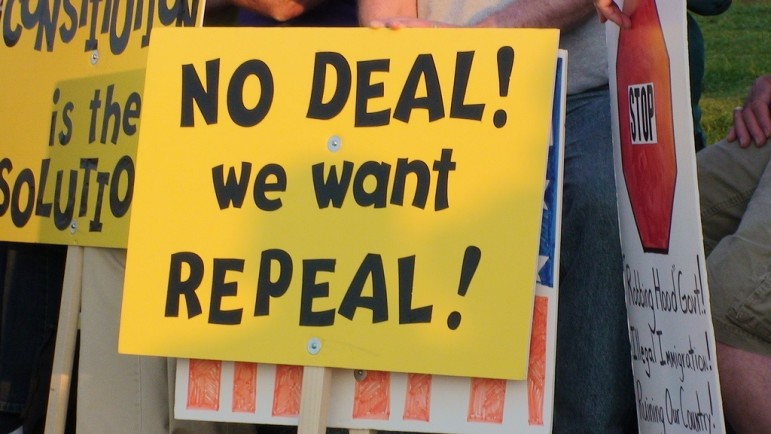 Nonprofits concerned about healthcare might be well advised to pay attention to the reconciliation bill making its way through the Senate.

As explained by Caitlin Owens of the National Journal, “re­con­cili­ation is a budget-pro­ced­ur­al tool that al­lows a bill to pass the Sen­ate without threat of fili­buster, re­quir­ing only 51 votes to head to the pres­id­ent’s desk.” The reconciliation bill being considered by the U.S. Senate at this moment is yet another effort to repeal the Affordable Care Act. On Friday, the House passed its version of the reconciliation bill, taking aim at two key provisions of the ACA—the individual and employer mandates and taxes on so-called “Cadillac” health insurance plans.

With the reconciliation bill now in the Senate, two Republican presidential candidates who happen to be senators—Ted Cruz (R-TX) and Marco Rubio (R-FL)—joined by Senator Mike Lee (R-UT) think that that isn’t enough. Lee explains that he would have liked to see the House bill include the elimination of Medicaid expansion and health insurance subsidies. The three senators issued a joint statement calling for repealing as much of the ACA as possible under senate rules in the reconciliation bill.

The reconciliation bill also calls for defunding Planned Parenthood. This provision might cause some moderate Republicans, such as they are, or Republicans in “blue states,” to consider voting against the bill. Senators Ron Kirk (R-IL), Lisa Murkowski (R-AK), and Susan Collins (R-ME) are among those senators who might not go along with the Planned Parenthood provision.

In one way, it doesn’t really matter. President Obama will in all likelihood veto a reconciliation bill that attempts to gut the Affordable Care Act or defund Planned Parenthood. But the machinations of the Senate and the Republican presidential candidates reveal a troubling dynamic in that their ACA targets—the Medicaid expansion and the insurance subsidies—are provisions that specifically benefit lower-income insurance purchasers. It is hard to see the Lee/Rubio/Cruz stance in any other way.

If the House, Senate, and Republican presidential candidates were truly concerned about ordinary people in the health insurance markets, they might be trying to find ways of stemming the planned increases in insurance premiums of nearly 50 percent by Blue Cross and Blue Shield of Minnesota applicable to about 300,000 or so people who purchase insurance in the individual market, rate increases of 10 percent for several insurers in Pennsylvania, although they had requested increases of 25 percent, and significant proposed increases by the Blues in New Mexico and Illinois. While average rate increases will be lower than these excessive requests, it seems that the big insurers in several markets are basking in the absence of competition from a public option alternative and the decreasing competition from nonprofit health insurance cooperatives, nine of which have shut down this year, most due to the federal government’s decision to short the CO-OPs on expected risk corridor program payments. If Congress were concerned about ordinary Americans in the health insurance markets, they would be trying to help these lower-income households, which would be hard-pressed to afford health insurance no matter what the market rates, and the unsubsidized middle-income households who might find themselves choosing among increasingly unaffordable insurance options.

The point of watching the reconciliation bill exercise is not to worry about the fate of the Affordable Care Act or Planned Parenthood. Rather, the meaning is for nonprofits to watch where our nation’s legislators stand on building or strengthening the social safety net to protect lower-income people and temper market pressures that lead almost inexorably to increasing social inequities.—Rick Cohen