Separate and Unequal Healthcare for Poor and Racial Minorities 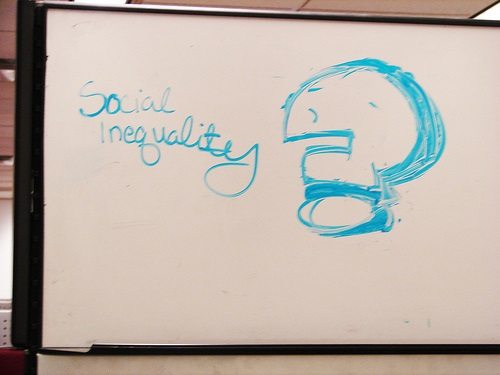 The headline in this Bloomberg piece, as it has been picked up and circulated by other outlets, leaves the wrong impression. The story points out that with the expansion of Medicaid, the burden of providing medical care to the newly increased population of Medicaid-eligible patients will fall to nonprofit health clinics. Why? Because a third of doctors nationwide—and more than 40 percent in California, one state that has expanded its Medicaid coverage, and 60 percent in New Jersey—won’t accept new Medicaid patients.

The explanations for the reluctance of doctors to take Medicaid patients are diverse—and often unconvincing as it comes to issues of public policy. One factor is reimbursement: Reportedly, Medicaid pays doctors an average of 34 percent less for services than Medicare. Arthur Caplan, the director of medical ethics at New York University, added, doctors “don’t really want to deal with the poor because they are tough to follow and they have more complex health problems.” At New York City teaching hospitals, Medicaid patients are more likely to be seen by doctors-in-training than by board-certified staff doctors, and for the poor, that often means seeing a different resident on each visit with no on-call after-hours service.

Although the Affordable Care Act raises Medicaid payments to family physicians, internists, and pediatricians up to Medicare levels through 2014, Bloomberg reports that doctors are “skeptical those payments will remain at the higher levels for more than two years, making them hesitant to start taking new Medicaid patients.”

So that leaves federally subsidized community health centers to provide treatment for the expanded Medicaid population. Surprised? You shouldn’t be. The community health centers, along with nonprofit hospital emergency rooms, have been taking responsibility for the care of uninsured people for a very long time, even prior to the halting, uncertain start-up of the beleaguered Affordable Care Act and the expansion in some states of Medicaid coverage.

Let’s turn this story around. It shouldn’t be about community healthcare centers burdened by expanded Medicaid coverage. The headline should address, “Poor People Being Denied Medical Coverage in Two-Tier Healthcare System.” Or how about “Obamacare Still Falls Short of Guaranteeing Poor People Quality Healthcare despite Healthcare Insurance?” Or maybe “Inadequate Incentives and Weak Mandates for Doctors and Hospitals to Take Medicaid Patients?”

There are potential solutions, but they will require powerful nonprofit organizing and advocacy:

The implications aren’t just discrimination in the provision of health care by income, but by race. According to the Kaiser Family Foundation, nationally, 58 percent of non-elderly people on Medicaid (pre-expansion) were non-white in 2011. For the states in 2010-2011, the non-white proportion of Medicaid recipients in California was 79 percent; in Mississippi, around 71 percent; in New Mexico, 77 percent; in Texas, 82 percent; in Hawaii, 91 percent; and in the District of Columbia, at least 94 percent.

Don’t be confused by news coverage that suggests the two-tiered system of treatment for poor people is something new derived from the expansion of Medicaid. To the contrary, this has existed for a long time; poor people know how much longer they have to wait for doctors and appointments than their paying peers. A two-tiered system of healthcare delivery is, in terms of race and income, separate and unequal.—Rick Cohen