Serving Those Who Served: The Foundation Role in Aid to Veterans and Their Families 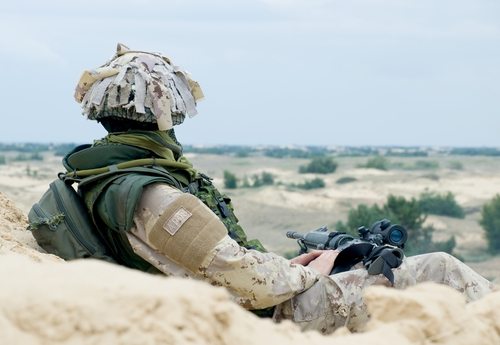 One of the best panels at the Council on Foundations annual conference this past week in Los Angeles, “Supporting Our Military Families: Partnerships, Innovation, and Entry Points,” addressed how philanthropy can most effectively address the needs of military families. Wouldn’t it be nice if we didn’t have this challenge, if U.S. military actions in Iraq and Afghanistan hadn’t led to the creation of more than two million new veterans? Wouldn’t it be nice if the needs of military families would disappear as this nation winds down its presence in Iraq and hopefully does the same soon in Afghanistan?

Unfortunately, though, it won’t be all that soon, as President Obama and Afghanistan President Hamid Karzai have agreed for U.S. ground troops to stay another 20 months and a small contingent of Special Forces troops will remain thereafter. And although U.S. troops are no longer engaged in major combat in Iraq, a “small” contingent (around 40,000 to 45,000) of non-combat forces is still there and even when they are withdrawn, the president plans to leave a contingent of a few thousand, though some in the Pentagon would clearly support a larger residual U.S. force. Whether a few thousand or tens of thousands, whether designated as combat troops or not, military forces sent to Iraq and Afghanistan are going to the world’s most dangerous places. The consequences for veterans and their families are significant, serious, and merit the attention of institutional philanthropy.

Convened and led by Bess Bendet of the Blue Shield of California Foundation, the COF panel offered several “aha” moments for the foundation representatives who attended, many with existing programmatic efforts addressing the needs of veterans and their families. The Council’s Stephanie Powers noted that the Council is concerned about veterans and their families and is looking to work with its members and the Veterans Administration to bring some concentrated attention to what foundations can and should do through public-private partnerships. Unfortunately, scheduled panelists from the U.S. government were no-shows. Still, the nonprofit and foundation panelists were articulate and powerful—truly riveting. The points stand on their own as well as paint a picture of a disappointing philanthropic response to the needs of military families and Iraq and Afghanistan veterans.

Based on what he described as very preliminary data, Steve Lawrence of the Foundation Center noted that out of $21 billion in grantmaking by the top 1,300 or so foundations in the country in 2010 (with grants of more than $10,000), grantmaking specifically identified as connected to military veterans and military families was about $65 million, and maybe one-fifth of that really focused on military families. It may be that many more foundations, by virtue of their programs and geography, assist military families but don’t record their grantmaking that way. But no one would have possibly suggested that foundations are much engaged in helping veterans and their families. Lawrence acknowledged, however, that his data did not include any portion of the $243 million in grants to 53 nonprofits made between 2006 and 2010 by the Iraq Afghanistan Deployment Impact Fund (IADIF), a donor-advised fund at the California Community Foundation (CCF). The IADIF also supported a Rand study called “The Invisible Wounds of War” which has helped galvanize lagging congressional attention to the needs of Iraq and Afghanistan veterans. However, the CCF website says that the IADIF is not soliciting new contributions nor making new grants.

Paul Rieckhoff, founder and executive director of Iraq and Afghanistan Veterans of America suggested that there might be some 40,000 nonprofits that profess to provide support to veterans or their families. But which of those are good and reputable, and which of those can and should Iraq and Afghanistan veterans turn to? There’s no way of sorting through them at the moment. Rieckhoff pointed out that since 9/11, 2.4 million people have served in either Iraq or Afghanistan, but their specific kinds of needs might not be well served by existing veterans organizations whose constituencies are Vietnam vets in their 60s, not Iraq/Afghanistan vets in their 20s. As members of a professional military, the new vets are different—older, and more likely to be married and have families—than the 19-year-old draftees who typically served in Vietnam.Iraq/Afghanistan vets, he suggested, don’t quite trust or turn to the military or the VA for assistance. “The VA is not getting the job done,” Rieckhoff said. His figures are that only 55 percent of Iraq/Afghanistan veterans use the VA, yet they have “an explosion of needs,” including a 17 percent unemployment rate among IAVA members. To help Iraq/Afghanistan veterans, there is a question of cultural competence. Rieckhoff explained that groups that might work well with Vietnam or Korean veterans might not possess the skills and approaches needed to be effective with veterans of the past 10 years of U.S. involvement in the Middle East.

Kathy Roth-Douquet, founder and CEO of Blue Star Families, said that many veterans’ charities send care packages, which is fine, but there are much deeper challenges facing veterans and their families. She says it is very difficult for military families to know which groups are active and legitimate. As government employees, members of the military cannot advocate regarding public policy issues, but their families can. She created Blue Star Families to give families of active duty service members “a seat at the table” to advocate for solutions. Founded only three years ago, Blue Star Families now has 50,000 members in 50 chapters around the world. The regular military family lifestyle survey the group conducts reveals that military families volunteer three times more frequently than nonmilitary families, a reflection of the self-help resilience orientation of military families. She also noted a 26 percent unemployment rate among military spouses is a contributing factor to difficulties in veterans’ reintegration back into their communities and families. Roth-Douquet suggested that the problems of demobilized members of the military occur over a long period of time; for example, mental health problems often manifest themselves over a period of seven to nine years.

Why Aren’t Foundations More Involved in Helping New Veterans and Their Families?

During the panel on veterans and military families, Bendet, from the Blue Shield of California Foundation, shared that the she has tried to convene funders who support programs for military families and veterans, but turnout has been sparse. Nancy Jamison of San Diego Grantmakers, a regional association of grantmakers, is starting a military families funders support group, a logical step in an area where perhaps eight percent of the population has a connection to the military. There are plenty of other communities where veterans and their families are clustered and should be gaining the kind of attention that Jamison and her members are trying to generate. So why has the foundation community focused so little attention on the needs of military families and veterans of the Iraq/Afghanistan war?

The session’s panelists were notably polite in their comments about the reticence of foundations to put major resources toward the needs of these populations, with possible explanations ranging from problems of the visibility of Iraq/Afghanistan veterans and their families to insufficient knowledge of their problems and challenges. Another issue might be the presumption that the Veterans Administration, a mammoth federal agency and the only federal department receiving increases in appropriations, is handling the need. Many may be unaware that the VA is often a bureaucratic Rube Goldberg contraption for veterans to navigate. We might suggest three more possibilities that weren’t mentioned:

Foundations would be well-advised to think of Blue Star Families and the Iraq and Afghanistan Veterans Association, headed by remarkably thoughtful and articulate leaders in the examples of Kathy Roth-Douquet and Paul Rieckhoff, as venues for philanthropic support of the communications and advocacy needs of military families and Iraq/Afghanistan veterans. Based on the examples provided by Bess Bendet of the Blue Shield of California Foundation and Nancy Jamison at San Diego Grantmakers, there are plenty of avenues for foundations without the words “military” or “veteran” in their mission statements to engage the population that has served this nation in two recent wars.