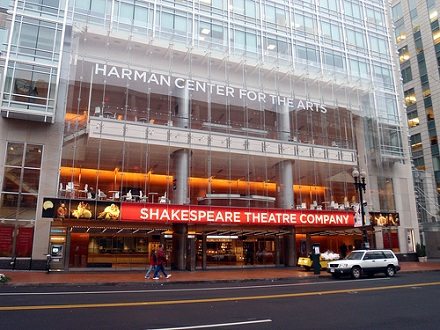 Here’s another story of a supporting organization that seems less than fully supportive.

In this case, the parent isn’t being all that nice to its offspring. Why? According to a Shakespeare Theatre spokesperson, the board of Lansburgh is comprised of only three people, one of whom is the Shakespeare Theatre’s managing director, Chris Jennings, who the other members reportedly want to remove from the board. The other two board members are Kenneth Krozy and Gordon Shone, who are able to outvote Jennings regularly. Who are Krozy and Shone and why is this supporting organization headquartered in Needham, Mass. even though the Shakespeare Theatre is in downtown Washington, D.C.?

According to Bizapedia, Krozy has been the president of Krozy and Company in Needham. He is also listed as vice president of the Gunwyn/Lansburgh Development Corporation, whose mixed-use development in 1992 included the theatre space. Another name listed with Krozy and Company, Joel Carpenter, showed up as an officer of Gunwyn/Lansburgh. Gordon Shone was a senior vice president at John Hancock Financial Services. The case, filed in the District of Columbia Court on June 12th as Shakespeare Theatre Company, et al. vs. Lansburgh Theatre, Inc., et al. includes the Gunwyn/Lansburgh Development Corporation as one of the defendants; that is, the real estate development firm that built the property in the first place is being sued over a rent hike on a venue in one of D.C.’s hottest commercial real estate markets.

The case will move slowly due to the Shakespeare company’s two-year scheduled lineup of shows. Readers should note that the Shakespeare Theatre Company has two locations; the other is a block away from the Lansburgh Theatre at the newer Sidney Harmon Hall. The NPQ Newswire will definitely try to obtain the court filings to see what this potentially explosive case can tell us about the evolving definitions and dynamics of Type III supporting organizations. Fundamentally, Lansburgh will have to address this statement of a Shakespeare Theatre spokesperson: “The Lansburgh has to act in a way that is responsive to our needs,” he said. “We are the charity that they are supporting, and they can’t terminate our status as a supported organization unless we go out of business.”—Rick Cohen