Anyone watching the reproductive rights field over the last year knows that the battleground has been largely in the states, but now we have a graphic exhibition of how true that is. NPQ has covered this in several newswires over the past year, as seen here and here. Using information compiled at the Guttmacher Institute, the Washington Post’s “WonkBlog” published a chart yesterday revealing the sharp increase over the past three years in state-based restrictions on abortions. In fact, more restrictions were added over that period than in the entire previous decade. 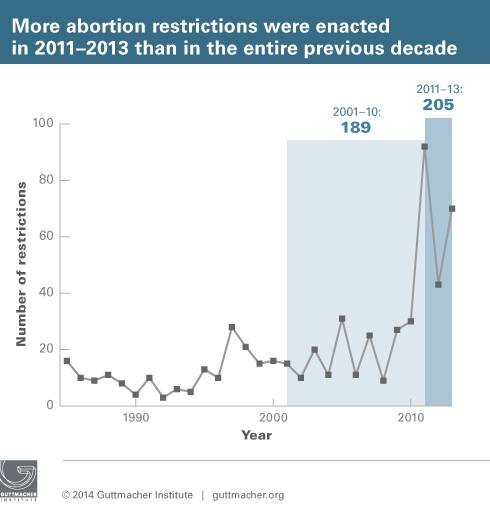