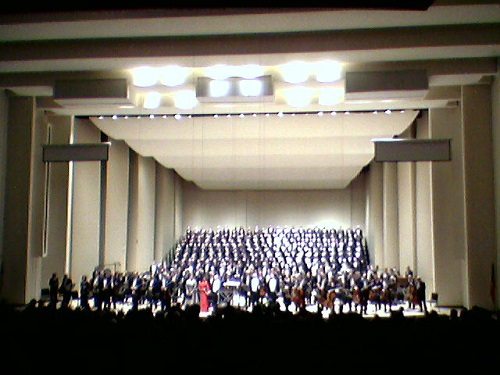 As covered previously in NPQ, many orchestras, including the Atlanta Symphony, have downsized the number of musicians they employ on a permanent basis and are relying more on freelancers to fill out their ranks wherever needed. A recent article in the New York Times reports, however, that some important characteristics of a great orchestra are put at risk by such downsizing, which tears at the fabric of orchestral cohesiveness and tradition.

Michael Kurth, a bassist in the Atlanta Symphony, wrote a remarkable and somewhat controversial blog post entitled “The Incredible Shrinking Orchestra” in September of this year:

“My Atlanta Symphony Orchestra bass section should have eight players. That’s standard for a major symphony orchestra. It takes all eight of us, sweating, straining, pulling every decibel of tone out of our big, cumbersome instruments to even begin to balance the low brass that sit perched behind us, the trombones and tuba that belt out that bold, exultant sound that makes audiences get goosebumps and leap to their feet at the end of Shostakovich 5 or Pictures at an Exhibition. And our low brass can really deliver. They deliver so thoroughly that by the end of an evening trying to balance the sound that the conductor demands from them, my ears are ringing, my back aches, and the tendons in my wrists and elbows are begging for Advil.”

So, he says, the orchestra hires subs:

“Talented as these subs are, they aren’t steeped in the music-making culture and traditions of the Atlanta Symphony Orchestra; they don’t always blend their sound the right way, they don’t bounce their bows at the same angle in martele passages, they hold ties a bit longer than we do in Mozart, they don’t appreciate the fine distinction that our Music Director expects us to make between sforzando and fortepiano in Brahms. Sort of like a championship baseball team trying to turn a triple play with an All-Pro shortstop that was just traded from another team. He may be a phenomenal player, but we’ve been turning that triple play together for years. So we spend time we shouldn’t have to clearing up these little discrepancies, time we should be spending unifying our interpretation to the conductor’s vision.”

He complains all of this is turning the ASO “into a lean, mean, mediocrity machine.”

The Atlanta Symphony had become known for large-scale works, but where its contract called for 95 players a few years ago, this year it will be 77, albeit with plans to expand over four years to 88.

Michael Cooper in the NYT writes that Atlanta has plenty of company:

“The Philadelphia Orchestra’s contract calls for 105 musicians, but while in bankruptcy in 2011 it agreed to a hiring freeze that holds the number of players at 95. The Indianapolis Symphony Orchestra has reduced its size in recent years. And when the Minnesota Orchestra ended a 16-month lockout of its players this year, the agreement said that while its traditional complement of 95 musicians was ‘optimal,’ it would have to grow from its current 77 musicians to only 84 by 2017, according to Gwen Pappas, a spokeswoman for the orchestra.”

Robert J. Flanagan, an emeritus professor of economics at the Stanford Graduate School of Business, says that “orchestras are trying to change labor from being quite as fixed a cost into a more variable cost,” but Bruce Ridge, chairman of the International Conference of Symphony and Opera Musicians, holds the belief that “no arts organization can cut itself to success, and that no business ever solved a financial problem by offering an inferior product.”—Ruth McCambridge