Social Responsibility or Marketing Ploy? The Branding of L3Cs 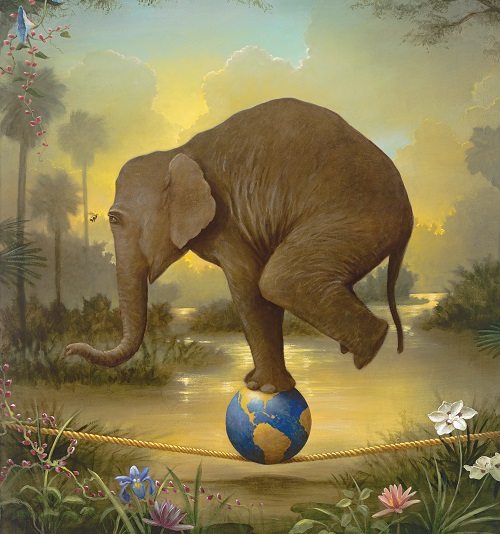 2014 finds low-profit limited liability corporations (L3Cs) registered in North Carolina in something of quandary. Governor Pat McCrory signed a law last June making North Carolina the first state in the nation to repeal the statute authorizing L3Cs. That leaves only eight states (and two Indian nations, the Oglala Sioux and the Crow Nation of Montana) chartering L3Cs. The last state to approve L3C legislation was Rhode Island, in July of 2012. Regardless of where one stands on the concept of L3Cs, there is little debate that the momentum has slowed.

It may be as attorney with the Stoel Rives law firm and publisher of the blog LLC Law Monitor Doug Batey observed, on the occasion of the North Carolina reversal: “With serious questions being raised by academics and business lawyers, one has to wonder why the states are rushing to adopt L3C legislation[. . . .] The business lawyers and professors are analyzing and criticizing the L3C structure, the non-profit community and other promoters are pushing the L3C law hard at a local level, and state legislatures are passing the laws. But the issues raised by the commentators are apparently being ignored. This is not a good way to make public policy.” Batey concluded, “There are clearly substantial problems and issues with the current form of L3C law that the states are adopting. The existing L3C laws should either be taken off the books or changed to address the problems, and new laws in the current L3C form should not be passed.”1

Was Governor McCrory responding to structural or legislative drafting problems built into the L3C law, or, as Forbes writer Anne Field attributed to L3C adherent (and self-proclaimed originator of the L3C concept) Robert Lang, was McCrory’s and the legislature’s decision due to the right-wing political trend that has enveloped North Carolina?2

In the highly polarized politics of the United States, it is always possible to find perspectives from the political extremes weighing in on most issues. When North Carolina’s House of Representatives voted down a law to authorize benefit corporations, WRAL’s capitol bureau chief, Laura Leslie, mentioned that the legislation had been subject to what its sponsor, Republican representative Chuck McGrady, called “web chatter”—that the movement for benefit corporations was, according to Leslie, “part of a secret conspiracy to promote the United Nations’ ‘Agenda 21’ sustainability efforts,” and therefore a “socialist plot.”3 This was after the benefit corporation legislation passed North Carolina’s Republican-dominated state senate fifty to zero.

Notwithstanding the political dramatics, the problem for L3Cs looks to be less conspiratorial and more pedestrian: there appears to be a disjunct between their purported reason for being and how they actually function.

The simple definition of an L3C is an entity that is allowed to make a (limited) profit but is committed to pursuing a charitable purpose. And to look at any state’s list of L3Cs, it is not difficult to imagine, at least by their names, that they may indeed be, fundamentally, entities established to pursue charitable activities but which, due to the simplicity, brevity, and minimal oversight from state agencies, have established themselves as L3Cs instead of public charities. In other words, they opted for the L3C instead of the 501(c)(3) as their preferred vehicle. Why would anyone opt to forgo eligibility for charitable donations and instead register a charitable activity as an L3C? One answer may be that by becoming an L3C, these charitable entities bypass the tasks, and legal costs, and annual filings and disclosures required of 501(c) tax-exempt entities.

Even at the height of the Great Recession, although many established nonprofits were suffering from extreme shortfalls in charitable donations as well as government contracts, new nonprofits were constantly being created—and with little evidence that the Internal Revenue Service’s review constituted much of an obstacle. Encouraged by any number of enthusiasts devoted to promoting social enterprise, there is something of an ethos in that sector that suggests that with a good heart and creative spirit, notwithstanding limited capitalization, you too can be a social entrepreneur. In fact, getting approved for tax-exempt status by the IRS is, by the looks of things, as simple as getting a cup of coffee. And this seems especially true with respect to L3Cs: states request relatively little information from L3Cs in terms of applications and reporting, and appear even more willing to hand out L3C approvals than the IRS is vis-à-vis 501(c)(3)s. Indeed, it isn’t particularly evident that, given the remarkably limited information required by states that have authorized L3Cs, there is much that would cause an L3C applicant to earn a rejection.

As with tiny charities that sometimes barely exist—and after a period of time lose their tax-exempt status for not managing to file even a Form 990N e-postcard—some of these L3Cs fall by the wayside, presumably as their founders or organizers realize just how tough it is to make their vision of accomplishing a charitable purpose a going concern. That said, interSector Partners, L3C, counts a thousand active L3Cs in the nine states and, in the Oglala Sioux nation, four entities that have opted for the limited profit model as opposed to the public charity structure—although it is conceivable that some of these L3Cs might have some sort of affiliation with existing 501(c)(3)s or 501(c)(6)s.4

L3Cs in Action: The Mission Center and the VSJF Flexible Capital Fund

Notwithstanding their currently uncertain status, L3Cs can be found operating across the nation—registered in one state, where they were first authorized, but pursuing activity wherever their missions take them. Given the range of charitable missions L3Cs may pursue, the types of functions and services they can take on are potentially as diverse as those of public charities—different only in that they are meant to be services delivered in a for-profit environment. The Mission Center (TMC) and the VSJF Flexible Capital Fund (Flex Fund) are two examples.

An L3C located in midtown St. Louis,5 The Mission Center provides “back office” services and support to nonprofit organizations6—typically accounting, human resources, and insurance functions that small nonprofits may not have the scale and desire to obtain on their own but could afford if obtained jointly through this type of business incubator. Established only recently, in 2010, TMC describes itself (in all caps) on its website as “THE NATION’S PREMIER SOCIAL ENTERPRISE INCUBATOR AND ACCELERATOR.”7 TMC may be young but it boasts a “board of advisors” membership of well-known people: the aforementioned Robert Lang; John Tyler, general counsel of the Ewing Marion Kauffman Foundation; Phillip Fisher, principal of Michigan’s Max and Marjorie Fisher Foundation and founder of The Mission Throttle L3C; and Barbara Levin, chair of the board of Nonprofit Missouri, the state’s nonprofit trade association. TMC’s ability to attract such a high-level coterie of advisors suggests that these persons of significant philanthropic and nonprofit experience view the L3C as a serious and legitimate organizational form for the accomplishment of charitable purposes.

But TMC’s services are not a line of business unique or restricted to L3Cs. In both San Francisco and New York, the nonprofit foundation Tides provides shared office and back office services to a mix of some 230 nonprofits.8 In a report prepared by the Management Assistance Group for the Eugene and Agnes E. Meyer Foundation,9 several models of back office and group purchase services nonprofits were examined—with for-profit, nonprofit, co-op, and even private foundation providers—but nothing distinctly unique or beneficial attributable to one business model or another was discernable.

In December of 2013, the VSJF Flexible Capital Fund, based in Montpelier, Vermont, received the U.S. Department of Treasury’s approval to be a Community Development Financial Institution (CDFI). It is one of 210 L3Cs organized in Vermon