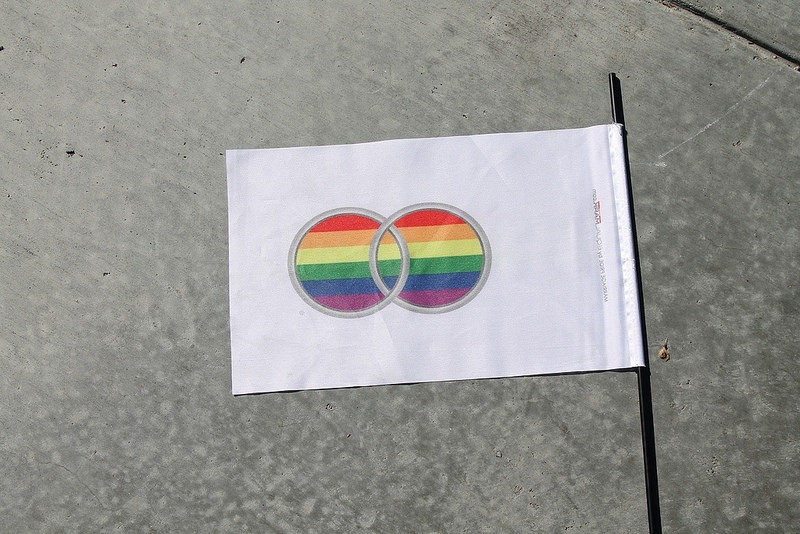 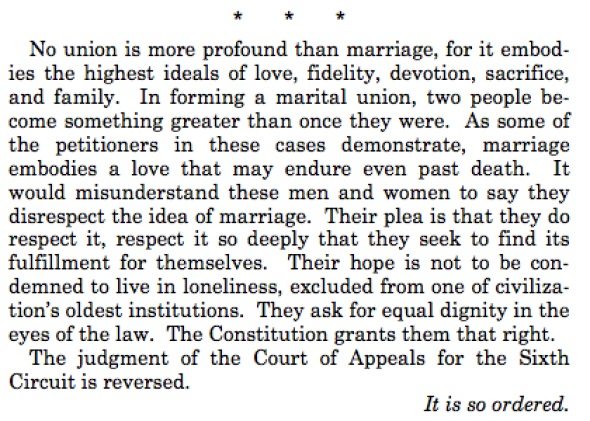 The Obergefell v. Hodges ruling announced on Friday by the Supreme Court granting same-sex couples the constitutional right to marry sparked spontaneous celebrations all over the country. Many view the decision as an inevitable outcome of a relatively rapid evolution of public opinion over the past decade. That said, this does not mean that all will go smoothly from here on in terms of implementation, and one of the strongholds of opposition is likely to be in our sector in the form of religious and religiously affiliated institutions. Certain evangelical Protestant denominations, the Catholic Church, the Mormon church, and Orthodox Jewish groups are all on record as opposing gay marriage on religious grounds.

Most of the justices referenced this issue in the oral arguments held in April. Justice Samuel Alito drew a possible parallel with Bob Jones University, a fundamentalist Christian institution that lost its nonprofit, tax-exempt status in 1983 because its policy banning interracial marriage and dating flouted federal law. Justice Alito, who ultimately opposed the majority decision, asked, “Would the same apply to a university or college if it opposed same-sex marriage?” In answer, Solicitor General Donald Verrilli, who was arguing on behalf of the government in favor of gay marriage, said, “It is going to be an issue.” And in fact many conservative groups are hitting that point hard, warning of religiously affiliated nonprofits being stripped of their status.

While most agree that the First Amendment to the U.S. Constitution can be expected to provide some protections for religious groups (even same-sex marriage advocates expect that the Constitution will allow clergy to refuse to officiate at same sex marriages and for sanctuaries to be used for the ceremonies) other protections will likely not be extended to affiliated groups like social service agencies, hospitals, and universities. Beyond those, which often have some form of federal funding in their resource list, there will be questions having to do with the responsibilities of businesses to refrain from discrimination.

As reported by the New York Times, both the majority and minority opinions on the court addressed the issue. Justice Anthony M. Kennedy downplayed potential conflicts, writing, “The First Amendment ensures that religious organizations and persons are given proper protection as they seek to teach the principles that are so fulfilling and so central to their lives and faiths.” But Justice John G. Roberts Jr. wrote for the minority dissenting opinion:

“There is little doubt that these and similar questions will soon be before this Court. Unfortunately, people of faith can take no comfort in the treatment they receive from the majority today.”

Already, there is some legal acknowledgment of this potential balancing act. The Religious Freedom Restoration Act, in place at the federal level and also in 20 states, provides that courts balance potential infringement on religious beliefs against compelling state interests. However, civil rights groups appear more wary of such laws since the Hobby Lobby decision at the federal level and the passing of the Indiana law that would have opened the door to potential discrimination. And just this month, Senator Mike Lee (R-UT) and Rep. Raúl Labrador (R-ID) introduced the First Amendment Defense Act, which would prohibit federal officials from penalizing individuals, businesses, charities, or schools for actions based on a conviction that same-sex marriage is wrong.

In a column for Politico, John Culhane discusses the certainty of a backlash and details efforts in a number of red states to create legal protections for those who would still discriminate if allowed. Culhane says it is hard to judge how long and widespread the backlash will be:

“In many states, gay and lesbian couples will have great difficulty exercising their newfound marriage rights. In some ways, this new chapter of the gay marriage fight will likely mirror abortion rights in the wake of Roe v. Wade—a right technically legal but frustratingly difficult to exercise in many corners of the country.”

So despite the fact that this decision is momentous, all of us who care about civil rights must expect to have to protect and reinforce it with vigilance, whether the pushback in in our own neighborhood or a few states over.—Ruth McCambridge