Some Reasons behind Societal Neglect of Rural Poverty—and Rural America 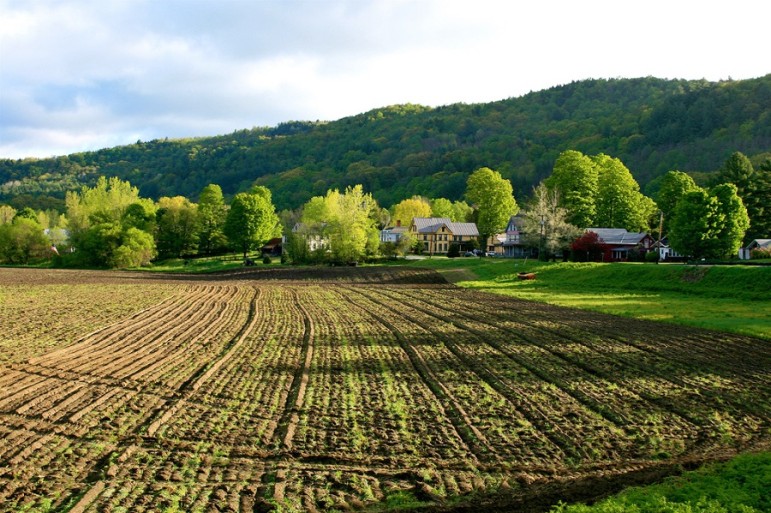 Nonprofit Quarterly has long raised questions about the insufficient and sadly declining response of foundations to rural America. There are problems of philanthropic practice and attitude, but deeper answers may be found beneath those more superficial reasons.

Lauren Gurley’s essay in In These Times, a well-regarded left-leaning journal, explores why the left doesn’t give rural poverty the serious attention it typically accords issues of urban poverty. While the press and the public focus on urban poverty, there is little attention paid to the consistently higher rate of poverty of residents in non-metropolitan counties. Gurley attributes some of the problem to social, political, and economic theorists from the 1800s such as Karl Marx, Émile Durkheim, and Max Weber who largely viewed social progress as a movement from rural and feudal to industrial and urban. She also cites observers who attribute the left’s attitude toward rural to an urban bias—or, better put, an anti-rural bias.

Gurley adds another issue concerning race. She quotes Lisa Pruitt, a University of California at Davis law professor and publisher of the Legal Ruralism blog, who says, “We tend to associate rural poverty with whiteness…When we think about rural poverty, most associations with rural poverty are with white populations and in fact, that is true to some extent but it’s actually far from being monochromatic.” The reality is that rural poverty, like urban poverty, is also disproportionately evident among Blacks, Latinos, and Native Americans. But because Americans tend to think of rural Americans and rural poverty as white, there is less immediate concern. Gurley writes that some observers dismiss white poverty under the implicit belief “that when whites live in poverty, it is their fault, or even their choice.”

“For better or worse,” Gurley quotes Pruitt to have said, “when we talk about poverty, we focus on black poverty, and we focus on Hispanic poverty. We’ve collapsed our nation’s poverty problem into our nation’s racism problem and it leads us to turn a blind eye to rural poverty.” She thinks, according to Gurley, that the “political polarization between the liberal mainstream and the rural poor is self-perpetuating, and will only worsen with time.”

An additional factor may be the perception of the left that rural white voters are seen as leaning toward “conservative positions on social issues like abortion and gay rights,” which Gurley sees as “not mak(ing) the liberal media or Democratic candidates any more sympathetic to rural American poverty.” Gurley cites observers who point out that Democratic presidential candidates such as Bernie Sanders and Hillary Clinton do not appear to be “making much of an effort to rally rural voters.” Electoral demographics do not do anything to counter that, because rural voters and most rural states are unlikely to be necessary to a Democratic victory.

Generally progressive political observers and analysts such as Bruce Katz of the Brookings Institution have long placed an emphasis on urban over rural. In a recent issue of the Wall Street Journal, Katz argues:

Amid Washington’s gridlock and dysfunction, cities are increasingly becoming the lead investors on critical elements of the national agenda, such as promoting early childhood education, modernizing infrastructure, commercializing research, and building places where people want to live and companies want to invest.

The excitement of Katz and others about the prospects of urban areas, such as Denver’s and Detroit’s “largely self-financed…state-of-the-art transit systems,” San Antonio’s and Salt Lake’s locally financed expansions of early childhood education facilities, New York’s and Boston’s affordable housing ventures, and Chattanooga’s and Philadelphia’s “innovation districts in the cores of their cities” leads some people to see the future as necessarily banking on the progress of cities. These urban initiatives, Katz suggests, are “fueled by investments from universities, medical campuses, venture capitalists, entrepreneurs, philanthropists and others,” with the implication that such concentration of resources are not likely to be available or potentially mobilized in non-metropolitan regions.

While we have suggested that these innovations are not always necessarily positive for poor residents in cities, and while we would completely disagree that these urban efforts reflect a self-financing ethos and capacity in cities in partnership with corporate and philanthropic capital, there is little question that the stories about revitalizing urban areas have captured the imagination of politicians and of philanthropists. The concept articulated in Katz’s WSJ article is not hugely different from Katz’s earlier expression of the concept of “MetroNations,” which looked at investments in the 100 largest metropolitan areas as the key drivers for investment for national economic progress and sustainability.

Gurley and her sources are probably correct that much of the liberal/left has written off rural poverty as a concern. To assert that philanthropy isn’t immune from that anti-rural bias isn’t to point out a moral shortcoming among foundation leaders. But foundations, unlike presidential candidates, can make choices that are not tied to the ballot box. They can think deeply about issues and support strategies meant to be fair and equitable for people in need, in both rural and urban areas, regardless of the attitudes rural Americans might carry into the voting booth. Reducing societal inequity cannot happen by writing off rural Americans.—Rick Cohen