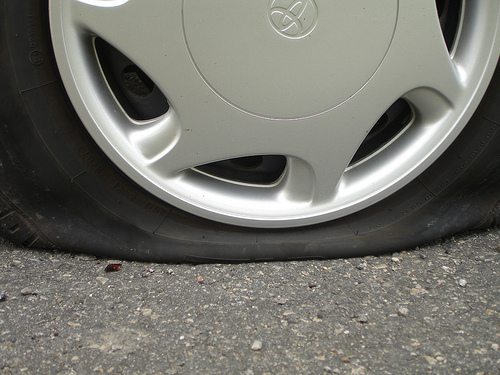 When congressional Democrats stridently opposed the George W. Bush administration’s prescription benefit change in Medicare, known popularly as Medicare Part D, they nonetheless had their staff members carry out constituent service by making information available to people who called in needing help understanding and navigating the complicated mix of monthly premiums, annual deductibles, and other costs.

Not so with those House and Senate Republicans who oppose the Affordable Care Act. They are providing little to no information to help their constituents navigate the exchanges, because their plan is to do everything they can to make it not work. Their idea of constituent service for people in their congressional districts is to provide no help, so that the ACA’s implementation problems—hard-to-ignore start-up computer glitches—become intractable.

At the state level, the same sort of intransigence is evident. In Arkansas, for example, the Republican-majority state legislature voted on party lines (with one Democratic crossover) to reject spending $4.5 million in federal moneys—not state, but federal—to promote the state insurance exchange following the October 1st start-up through advertising. In a turn that makes no sense, Arkansas’s governor, Mike Beebe, announced he would not proceed with the contract, even though it appears that he has the authority to do so without the legislature’s assent. Previously, the state had failed to proceed with an earlier $4.3 million advertising campaign that would have run from last March to this point.

Why kill the advertising contracts? As Republicans explained, they expect that the ACA will be done away with at the federal level, so why bother spending money on a program that won’t, and, in their minds, shouldn’t, exist? According to Republican state senator Bryan King, “The big picture is, we’re just an election cycle away from this possibly changing.” If King and his colleagues are wrong, as they will be in this case—the ACA is not a “bill” pending before Congress but the law of the land for the last three years—they are simply disadvantaging their constituents.

In Texas, Governor Rick Perry is doing his best to derail the work of the state’s nonprofit navigators. In the state with the largest number of uninsured persons—congratulations, Texas!—Perry is pushing for additional regulations on the roles of navigators that would be more stringent and cumbersome than the federal rules. Saying that it has received letters from anonymous government officials expressing concerns about the navigators, the state’s Department of Insurance convened a meeting for interested parties, including federal officials, though the feds didn’t show. Perry wants to see the navigators licensed and fingerprinted, and has called for 40 additional hours of training on top of the 20 required by HHS.

Perry is being abetted in this by the state’s insurance agents, whose trade association, Independent Insurance Agents of Texas, is concerned that the navigators might not be adequately trained and prepared, or, despite HHS prohibitions to the contrary, “encroach on their roles as sales people,” as the Dallas Morning News’s Trail Blazers blog put it. Fears about security of personal information, the adequacy of training, and other factors are motivating Republican state leaders elsewhere, such as South Carolina’s attorney general, to do what they can to make the complex and difficult role of nonprofit navigators even more difficult.

Nonetheless, despite plenty of sources of healthcare insurance reform opposition, the nonprofit navigators are intrepidly trying to carry out their assistance to the uninsured. In Nebraska, hardly a hotbed of ACA support, Community Action of Nebraska is in the process of hiring and training 62 people to work as navigators. Perhaps in Nebraska, unlike Texas and South Carolina, the state will adopt the almost countercultural strategy of providing decent constituent service information to folks who need the help, by simply getting out of the navigators’ way and letting them do their jobs.—Rick Cohen