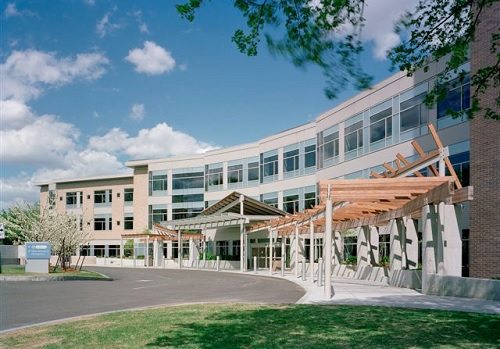 NPQ has been watching the very confusing landscape shifts in mental health care with not a little concern. There are still massive problems with insurance coverage for mental health problems and more chronically mentally ill people are in prisons and jails than in psychiatric units. The following story addresses one of the reasons why specialized help is hard to find.

“Everyone in the psychiatric emergency room, excluding the doctors, has been fired,” Connors said. “Several weeks ago we were notified, but the hospital continues to profess this is a merger. There will be no more expert psych nurses caring for patients. There will be medical nurses that are very good at what they do, but they are not experts at providing psych care.”

The change means that security guards will watch patients who need surveillance rather than clinicians and the two psych beds will be put next to the busy ambulance bay. Psychiatrist George Cramer, who has resigned in protest, says, “There is a complete change in the treatment philosophy model… This is going to be a consult model. This means that the doc in the ER is going to have complete authority over the case. The psych people will be there as consultants. So that makes it very different.”

The hospital should save $1 million annually by making this move, and it needs to save money, since it is only one of 11 hospitals in Massachusetts that are unprofitable. (It is already in the red for this year by $21 million.) A year ago, the Cambridge Health Alliance tried to close its child psychiatric inpatient unit but was blocked when Department of Public Health designated the unit as essential.

The problem is in insurance coverage, since reimbursement rates famously do not cover cost of care. This means, according to Marylou Sudders, the former Commissioner of Mental Health for the Commonwealth of Massachusetts, that the greater the market share, the more attractive and competent the service, the more money the facility loses.

Sudders said that Cambridge Health Alliance serves more low-income patients than any hospital in the state, and the majority of its psychiatric patients are on Medicaid. The scenario places mental health services in a very vulnerable position.

“There are other parts of healthcare that are very well reimbursed and very well financed,” Sudders said. “You see hospitals adding things like surgical practices and orthopedics and the like. You rarely hear of hospitals increasing their behavioral health profile because it is—and I don’t mean this disrespectfully—but it’s a bottom feeder. It loses money for hospitals. It loses money in practices.”

Cambridge Hospital’s Chief of Psychiatry Jay Burke said that the consolidated service is more and more the industry standard. But, as Sudders said, “They used to be the gold standard [but now are] run of the mill.”—Ruth McCambridge