SPLC in Turmoil: As Problems Festered, Where Was Its Board? 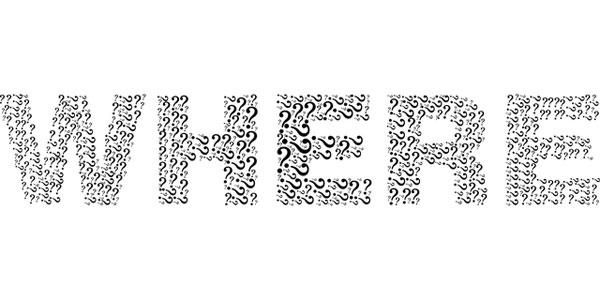 What went wrong at the Southern Poverty Law Center (SPLC)? How does an organization dedicated to “fighting hate and bigotry, and to seeking justice for the most vulnerable members of society” ignore the signs of hate and bigotry within its own culture? How did its professional and board leadership not know that things were toxic enough to drive many staff to flee for safer places to work?

Earlier this month, we learned that the SPLC had dismissed its cofounder and chief litigator, Morris Dees, for unspecified reasons. In explaining the organization’s rationale for ending a 50-year relationship with a personality which had become so strongly identified with them, then-president Richard Cohen said that the organization was “committed to ensuring that our workplace embodies the values we espouse—truth, justice, equity, and inclusion. When one of our own fails to meet those standards, no matter his or her role in the organization, we take it seriously and must take appropriate action.”

At the end of last week, Cohen informed his staff that he, too, was leaving the organization, along with the center’s legal director and deputy legal director. These departures underscore that the issues at SPLC have been systemically enabled and not limited to one individual’s bad behavior.

In his statement announcing his departure, Cohen said, “Whatever problems exist at the SPLC happened on my watch, so I take responsibility for them.” Cohen asked SPLC staff to let the “process play out before jumping to conclusions.”

“We’re going through a difficult period right now,” Cohen said, and “I know that we’ll emerge stronger at the end of the process that we’ve launched with Tina Tchen.” (Shortly after the news of Dees’ departure became public, SPLC leadership announced it had hired Tina Tchen to review its workplace practices. As reported by the Associated Press, “Tchen was chief of staff to the former first lady Michelle Obama and now works for a Chicago law firm focusing on workplace issues including gender and racial equity and sexual harassment.”)

The signs of deep trouble were there to be seen, had anyone wanted to see them. A 1994 investigative report by the Montgomery Advertiser had “alleged discriminatory treatment of black employees within the advocacy group.… Staffers at the time ‘accused Morris Dees, the center’s driving force, of being a racist and black employee have ‘felt threatened and banded together.’ The organization denied the accusations raised in the series.” The Atlanta Political Reporter, speaking to SPLC staff following Dees’ dismissal found that what had been discovered in 1994 remained as problematic in 2019:

The problems—which employees said spanned from sexual harassment to gender- and race-based discrimination—were more systemic and widespread, creating an atmosphere over several years in which female and minority employees felt mistreated. The employees also said that they felt their complaints were either not heard or resulted in retaliation from senior staff.

Writing last week in the New Yorker, Bob Moser, a former SPLC staff member, recalled that when he went to work at SPLC in 2001, the racial dynamic “quickly became apparent: a fair number of what was then about a hundred employees were African American, but almost all of them were administrative and support staff—‘the help,’ one of my black colleagues said pointedly. The ‘professional staff’—the lawyers, researchers, educators, public-relations officers, and fundraisers—were almost exclusively white.”

It was the reality of this toxic environment that sparked senior attorney Meredith Horton to resign in a memo to Cohen that stressed “the hardships women and employees of color faced at SPLC.” Following Horton’s resignation, a staff group amplified her message, emailing Cohen, according to the New York Times, their concerns about “the small number of black people in leadership ranks and that many employees had observed that people of color had been ‘pushed out, fired, removed from positions of leadership” or had to leave ‘due to discrimination and a lack of opportunities.’”

All this turmoil apparently woke up SPLC’s board of directors. In a statement reported by CNN, SPLC board chairman Bryan Fair called the events of weeks prior “an eye-opening reminder that the walk towards justice must sometimes start at your own front door and force you to look at your past so you can improve your future.”

But why was the board so unaware that its house was in serious disarray? It’s not as though their attention was focused on some financial crisis; their 2017 audit reported net assets in excess of $400 million and contributions of more than $100 million in each of the past two years. Indeed, Moser in the New Yorker reports that, benefitting from the “Trump bump,” and public revulsion at the white supremacist violence in Charlottesville, donations to SPLC soared between 2016 and 2017 from $50 million to $132 million. Nor were they distracted by a need to refocus or clarify their purpose—their work fighting those facing discrimination against was all too relevant. Even in October, Cohen recognized something was amiss when he informed his board that it was time to begin finding a “new generation” of leadership. So why were they not able to respond proactively?

Could their success have led them to not take signs of trouble seriously? Or were they afraid to challenge their founder and president, the very visible faces of their organization, for fear of undermining their successful fundraising formula?

Now that SPLC’s board has stepped up, it’s important for them to see their task to a successful conclusion so the organization, once reorganized, can go on with the safeguards to prevent a repeat of the same mistakes of mismanagement. For the rest of us, SPLC’s problems are a reminder of the critical importance of effective oversight. Hearing rumbles of difficult problems is unsettling, as is asking trusted staff and board members to be accountable. But, as SPLC is demonstrating, waiting for the moment when rumbles become explosions, particularly in this age of social media and #MeToo, only makes problems worse.—Martin Levine