States and the Work of Healthcare Navigators: Making It as Difficult as Possible 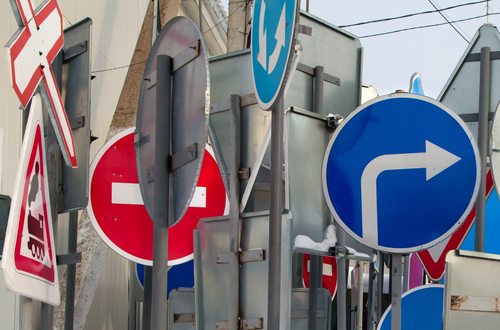 The conservatives who dislike government regulation and usually fight against government licensing apparently love regulation and licensing when it comes to the navigators who help people access health insurance on state and federal health exchanges. Although the first year of Affordable Care Act enrollments has come to a close, state legislatures are taking all sorts of aim at reining in healthcare navigators beyond the standards included within the federal regulation.

The examples are endless. The Georgia assembly recently passed legislation that would end the University of Georgia Health Navigators program by making it illegal for employees of state-funded institutes to use state funds for navigator services in the healthcare exchange. According to David Bradford, a public policy professor at the university, the legislation would even prevent any state entity, specifically mentioning the University of Georgia system, from applying for funding to evaluate how the exchanges are working. Although there are some differences between the assembly bill and the one passed by the state, with Republicans dominating both chambers and a Republican governor, it seems unlikely that Georgia will walk this back.

Pennsylvania legislators are considering additional restrictions on the navigators. One of the sponsors of the pending legislation, State Senator John Eichelberger, issued a memorandum explaining his concern that navigators were likely to give incorrect information about insurance plans, inaccurately tabulate incomes to see if consumers qualified for subsidies, and violate consumers’ privacy. Republicans, who are unlikely to favor much regulation, relying on the self-correcting mechanisms of the market and the judgments of consumers, seem to be energetic in Pennsylvania, Arizona, and other states in promoting consumer protection regulation to guard against insufficiently monitored and regulated navigators.

There is a problem with the functions of navigators, but it doesn’t appear to be one of insufficient regulation or oversight. As NPQ pointed out, when the navigators grants were first announced by the White House, they were very late in the process, only several weeks before the start-up of the federal and state exchanges, followed by an even later distribution of training materials by the Department of Health and Human Services. Immediately upon the announcement of the navigators grants, congressional Republicans and some state attorneys general announced investigations of the navigators, forcing them to spend time and effort defending themselves before they had even done anything. Add to that the mess of the exchange websites, and it is nothing short of extraordinary that the navigators accomplished what they did in helping millions sign up for health insurance.

A study by the California HealthCare Foundation earlier this year documented the problems of both consumers and navigators. Not only did consumers and navigators struggle with the websites, but they also struggled with the complexity of the offerings and the documentation. Clearly California’s navigators could have benefitted from more training, but the Affordable Care Act process, including state programs such as Covered California and the various state Medicaid programs, was a compilation of complexity, much of it required by the Rube Goldberg legislation that made it through Congress.

“I think we oversold simplicity,” Frank Mecca, executive director of the County Welfare Directors Association of California, said. “As it turns out, it is not as simple as we thought.” In truth, Mecca, his colleagues, and the navigators were presented with a program of stunning complexity and told to make it work.

The California study seems to have been misreported in the press to some extent. A look at the findings of the actual study reveals the following:

The report’s recommended solutions were all common sense: better communications with consumers, improvements to the Covered California website, more outreach and education, and more support for the counselors, navigators, and even insurance agents.

This all adds up to the following: efforts that were nothing less than heroic by navigators, other counselors, and insurance agents to make a complex program work; specific challenges and obstacles for lower-income consumers who had to deal with the specific issues of Medi-Cal (Medicaid); and revelations that had the ACA not been legislated into virtual impossibility, the nation would have had a much easier time extending health insurance coverage to the millions of people in need.—Rick Cohen