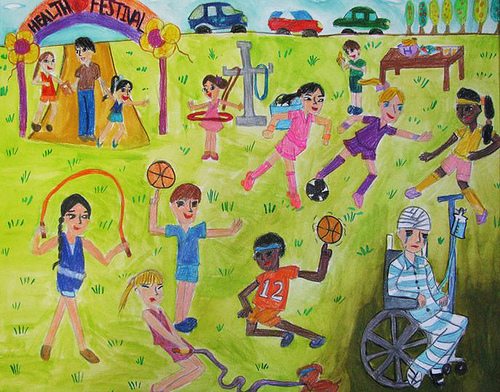 In healthcare insurance coverage, some states are in a race to the bottom, prevented from sinking to unimaginable depths only because of federal policies such as Medicaid, Medicare, and now the Affordable Care Act. If it weren’t for the presence of federal resources, these states might be better thought of as social Darwinist preserves for the healthy, with unhealthy losers kicked to the curb.

Here are the bottom five, in reverse order:

5. Georgia: 18.4 percent of population without health insurance coverage; 53.6 percent of unemployed workers uninsured. Governor Nathan Deal strongly opposes the ACA, has not expanded Medicaid, refused to set up a state insurance exchange, and, in the words of Deal’s insurance commissioner, Ralph Hudgens, the state aims to do “everything in [its] power to be an obstructionist.”

4. Florida: 20.1 percent without health insurance, despite the high proportion of Floridians who are elderly and covered by Medicare. To defy the ACA, the state is refusing to provide information to Sunshine State residents on the federal insurance exchanges.

3. Alaska: 20.5 percent of population without health insurance, possibly due to the seasonal nature of much of the workforce. Under the ACA, health insurance premiums will be higher in Alaska than any state other than Wyoming.

2. Nevada: 22.2 percent without health insurance. Lack of coverage is particularly prevalent among minors, where the rate of young people without insurance coverage is more than double the national rate. Nevada’s high proportion of the workforce in the service and hospitality sectors may account for the low coverage; according to USA Today, “Nevada also has the largest portion in the nation of households earning under $25,000 per year without health insurance.”

1. Texas: 22.5 percent of Texans don’t have health insurance, with high proportions of uninsured children, elderly, and the unemployed without coverage.

For your information, the next five worst states when it comes to rates of health insurance coverage are Oklahoma and New Mexico, both with 18.4 percent uninsured (tied, actually, with Georgia); Montana, with 18.0 percent uninsured; California, at 17.9 percent; and Arizona, with 17.6 percent uninsured.

There are some statistical anomalies; for example, why does Florida, with the second highest proportion of residents covered by Medicare, which automatically provides coverage for persons 65 and older, still have a very high proportion of its population without health insurance? Well, nationally, at least 65 percent of Americans are covered by private health insurance, most of which is provided through employers. Those states with low rates of health insurance coverage appear to be those with low rates of employer-provided insurance. Employers that typically provide coverage are either higher-paying or unionized jobs, which are not significantly found in the low-coverage states. Florida has the lowest rate of employer-provided coverage in the entire nation, probably because so much of the economy is based on service and hospitality jobs connected to the state’s tourism industry, which is not big in the provision of health benefits.

During the government shutdown impasse, the two senators finding themselves at loggerheads have been Ted Cruz of Texas, who has championed killing the Affordable Care Act despite his state’s horrendous ranking as the nation’s worst in health insurance coverage, and Nevada’s Harry Reid, who has made it clear, at least to this point, that he will not entertain any compromise over the Affordable Care Act in the context of the FY2014 continuing resolution to keep government funded.

If this list isn’t a clarion call for nonprofit mobilization and advocacy, what is?—Rick Cohen