Strong Reactions to Anti-Gay Ugandan Law Include Withdrawal of Aid 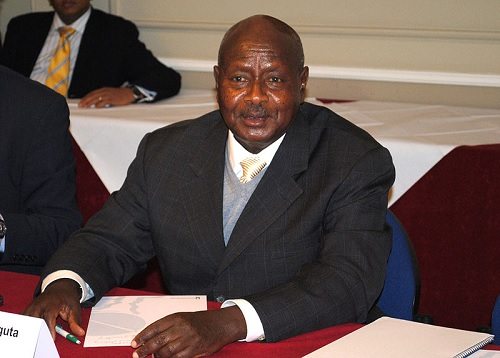 The anti-gay bill signed into law yesterday by Uganda’s President Yoweri Museveni increases the penalties for homosexual acts, which are already illegal in Uganda, as they are in 37 other African countries. This bill originally included the death penalty for “aggravated homosexuality,” but it was put on hold and execution was replaced with life in prison after European nations threatened to withdraw aid. Those who reach out to gays and lesbians are also subject to prison terms, thereby making advocacy and support activities punishable by law.

In signing the bill, Museveni risks any number of relationships and a good deal of money. Norway and Denmark have already withdrawn their aid to the government and redirected it to NGOs. Over this past weekend, Desmond Tutu decried the proposal, declaring, “We must be entirely clear about this: the history of people is littered with attempts to legislate against love or marriage across class, caste, and race. But there is no scientific basis or genetic rationale for love. There is only the grace of God. There is no scientific justification for prejudice and discrimination, ever. And nor is there any moral justification. Nazi Germany and apartheid South Africa, among others, attest to these facts.”

Museveni changed his position on the bill a number of times before signing it. In January, he said he wouldn’t sign the bill, but by February, he’d changed his mind because, he said, scientists had proven that homosexuality is a chosen behavior. “No study has shown you can be homosexual by nature” he said,” That’s why I have agreed to sign the bill.”

The United States is one of Uganda’s biggest sources of aid, and U.S. President Barack Obama called the proposal as an “affront and a danger to the gay community” in Uganda. The U.S. is among the nation’s largest donors, but Museveni has declared that the West’s perceptions of his country are of no concern.

“Worried? Not at all,” he told CNN. “If the West doesn’t want to work with us because of homosexuals, then we have enough space here to live by ourselves and do business with other people.”

“We see how you do things, the families, how they’re organized. All the things, we see them, we keep quiet,” he said. “It’s not our country, maybe you like it. So there’s now an attempt at social imperialism—to impose social values of one group on our society.”—Ruth McCambridge