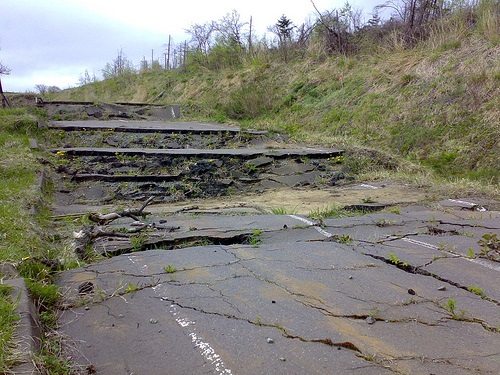 With less than two weeks before the start-up of the state and federal health insurance exchanges, Michael Ollove of Stateline warns that there will be many glitches. “The rollout of the biggest new social program in nearly 50 years is not going to be pretty,” he writes.

Because there will be millions of new “clients” who will be buying insurance on the exchanges—16 million people who are currently uninsured, but should be eligible for something—Brookings Institution economist Henry Aaron predicts that there will be “thousands of mistakes.” Dennis Smith, the former head of the organization that is now the Centers for Medicare and Medicaid Services, expects that one area of problems will be in the calculation of Medicaid eligibility for people in states that have expanded their Medicaid coverage. He anticipates that the exchanges “will send a whole bunch of people to Medicaid and Medicaid will say ‘Nope, they don’t qualify,’ and send them back to the exchanges.” Smith also points to the different behaviors of the exchanges themselves, some doing extensive outreach to get to people who are uninsured, others doing little, leaving large potential gaps in consumer knowledge and potential coverage.

Phil Lebherz from the nonprofit Foundation for Health Coverage Education predicts that the “navigators,” the nonprofit and public sector agencies and people assigned to do outreach to enroll people in health insurance on the exchanges will be “overwhelmed” by the combination of providing online and in-person assistance to consumers, given the short lead time they have had in terms of hiring and training since the award of the navigators grants by the Department of Health and Human Services. Making it more difficult for the navigators, as we have noted, are the states that have passed laws to alter what navigators can and cannot do, the intimidating letters to navigators from state attorneys general and the pre-program auditing being pursued by the House Energy and Commerce Committee.

Some argue that the glitches are to be expected because the three-year rollout since the enactment of the Affordable Care Act is a relatively short period of time given the scale and scope of the program, exacerbated by a national recession wreaking havoc with state and federal budgets. That may be true in part, though given the societal importance of national health insurance reform, it would seem like the Obama administration might have done better than it has in recent months with unexpected policy changes and, in the case of the navigators grants, late announcements.

On the other hand, as Aaron notes, “there exists at present a group of people who really hate the Affordable Care Act and have staked their political reputations on its failure and are going to do what they can to see that it fails.” Congressional Republicans, like those at the House committee, are all but rooting for the failure of the program and doing their utmost to derail efforts to implement the program. They have constructed a two-sided argument: “Obamacare” is bad and should not be carried out, and “Obamacare” will be implemented poorly and erratically, proving that it is a bad program in the first place.

After having voted to kill the program 40 times, House Republicans have announced a new tactic. Besides holding the FY2014 federal budget hostage to their desire to defund the Affordable Care Act, House Republicans have just pitched an eleventh hour alternative to the ACA, a healthcare coverage program that would give health insurance purchasers a deduction against their income and payroll taxes of at least $7,500, regardless of the cost of the insurance, with apparently a maximum deduction of $20,000. As an alternative to the ACA that was passed three years ago, the Republican Study Committee’s proposal is such a late entry to the discussion that it is all but obvious that it is not meant for real discussion and debate, but rather simply to be a talking point for opponents of the ACA to vote no on funding. Poor Speaker John Boehner, charged with trying to lead his horde of Republicans through budget and debt negotiations, appears to have acceded to this party’s Tea Party wing to commit himself to a budget with no funding for Obamacare.

Are nonprofits so siloed that the largest, most comprehensive social reform in the U.S. in half a century stirs the activist juices of only those nonprofits with “health” somewhere in their mission statements? Given the nonprofit sector’s huge stake in the content and timetable of FY2014 budget negotiations, the sector’s leadership might be expected to take a visible, vocal position on a social reform comparable to the enactment of Social Security in 1935 and Medicare in 1965.—Rick Cohen