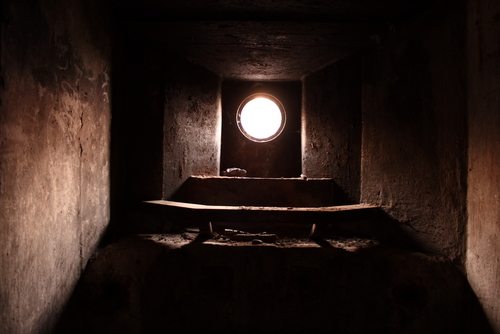 Remember the reports on profitable U.S. corporations that somehow managed to pay little or no corporate income taxes? Some companies that sell stuff overseas are able to avoid taxes on the overseas profits they make. But financial firms don’t “make” things to sell overseas and therefore wouldn’t benefit from that, right? Nope. There is a provision in the tax code called the “active financing exemption” that helps Wall Street firms avoid taxes on overseas profits on financial transactions.

Nixing that exemption would seem to have been a nice revenue-raiser for Congress to consider, one that would get Wall Street investment banks along with zero-taxed entities like General Electric (which is both a manufacturer and a financial firm) to pay some taxes. But the Obama White House, Congressional Democrats, and House and Senate Republicans were all on the same page when it came to extending the active financing exemption in the fiscal cliff bill. Big Wall Street firms such as Citigroup, Goldman Sachs, American Express, and the Bank of America, fretting about the impact of having to pay taxes on overseas financial transactions, banded together as the Active Finance Working Group, spending $1.19 million since 2009 to push for keeping the provision in the tax code.

Rather than engaging in discussion of closing this loophole, legislators crafting and approving the fiscal cliff bill included a two-year extension of the active financing exemption, so the banks save the approximately $11 billion that they would have been required to pay without it. The lead lobbying firm for the Active Finance Working Group is Elmendorf Ryan, which is associated with longtime Democratic political operative Steve Elmendorf, so don’t think that it’s only Republicans giving away the store while Democrats stand up for the little guy.

Wall Street wasn’t the only special interest beneficiary of the fiscal cliff deal. The cliff legislation also included a Medicare pricing provision whose major beneficiary is the biotech firm Amgen, which makes Sensipar, an orally administered medication used by kidney dialysis patients. The cliff deal effectively exempted Sensipar from Medicare price controls for two years. U.S. Rep. Peter Welch (D-Vt.) tells the Los Angeles Times, “Amgen managed to get a $500-million paragraph in the fiscal cliff bill, and virtually no one in Congress was aware of it.” Welch called it a “taxpayer rip-off.”

Nonprofits might have been fretting about the virtually nonexistent prospect of the charitable deduction disappearing amidst the fiscal cliff negotiations, but Wall Street and corporate interests were ensuring that their favorite elements of the tax code remained in place. Is there a more important barometer of the values of this nation than its tax code? Nonprofits concerned with the morality and fairness of this nation’s tax and spending policies will have another shot at the issue when Congress gets around to debating sequestration and the debt limit. Hopefully, the attention of one million nonprofits won’t be so narrowly focused on itemized deductions next time. Hopefully, the power of the nonprofit sector to stand up for the protection of the social safety net and for making the tax structure more progressive won’t be lost.—Rick Cohen