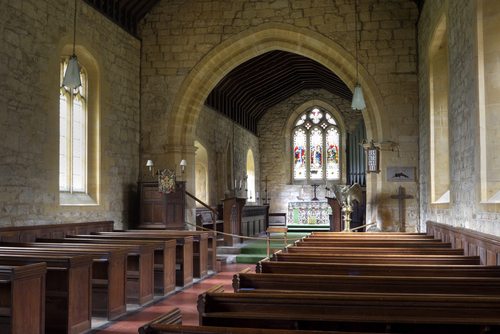 With little fanfare, the New York Times hosted an online debate among five thoughtful people (actually six, but two wrote as a team) addressing the question, “Should churches get tax breaks?” That is, in part, should institutions of religious worship continue to be eligible for charitable tax-exempt status? In summary, here are the perspectives of the participants:

Mark L. Rienzi (senior counsel, the Becket Fund for Religious Liberty and professor of constitutional law at the Catholic University of America): Rienzi argues that religion is a “critical buffer” against the power of government. Therefore, the tax exemption for religion is in the public interest. “Religious exemptions are an essential part of our democracy,” he writes. “They provide breathing space for religious individuals and institutions to exist. They benefit all Americans, regardless of religion or lack thereof.”

Dan Barker (co-president, the Freedom from Religion Foundation): By giving churches a tax exemption, government is endorsing religion over non-religion, argues Barker, a former minister who candidly admits taking advantage of the minister’s housing tax exemption in the past. “Whatever public good might stem from some religious activity, it is no greater than that accomplished by secular groups. They should be treated equally,” he says. “A tax benefit should be justified by public accountability. Churches should be required to notify the I.R.S. of their intent to claim church status, to pay the same filing fees and submit the onerous annual 990 form, and reporting income and expenses, like all other 501(c)(3) groups. The current law gives unfair advantages to churches, which, unlike other nonprofits, do not have to disclose their financial activities…”

Winnie Varghese (priest-in-charge, St. Mark’s Church in the Bowery, New York City):  Varghese is candid about her self-interest. “If I were not religious, I might want to make religions, particularly conservative Christians, pay for the privilege of their bully pulpits,” she writes. “But I am religious—a progressive Christian—and I will argue for the tax-exempt status of religious organizations for only one reason. Moderate and progressive religion is overwhelmingly formed in the U.S., and it is an essential voice in national and international discourse. We are an important moral and ethical voice for society as a whole…”  While she excoriates conservative theology and “minimall” (mini-mall) churches, to Varghese, the tax exemption is to support her kind of church: “…we need to be intentional about what kinds of religion we nurture.”

Lawrence Sager (University of Texas School of Law) and Christopher L. Eisgruber (professor of public affairs, Woodrow Wilson School, Princeton University): The authors of Religious Freedom and the Constitution seem to defend religious exemptions so long as religion is not afforded rights that other exempt classes of organizations cannot obtain.

Susan Jacoby (author of Freethinkers: A History of American Secularism and The Age of American Unreason): Starting with the controversy over contraceptive coverage under the Affordable Care Act, Jacoby questions “the degree to which religious institutions should be exempt from equal protection requirements that apply to all other organizations that spend government money.” Citing examples mostly about the positions of the Catholic Church, Jacoby concludes, “If churches don’t like the strings attached to public money, they are free to refuse taxpayer subsidies.”

The five brief essays in the Times hardly come up with a definitive response. We’d love to hear your thoughts on the question posed by the Times: should churches get tax breaks?—Rick Cohen