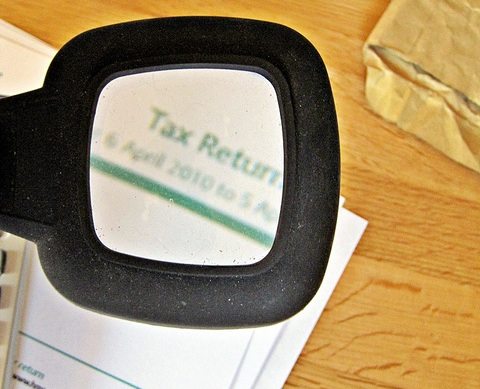 Advocates for protecting the federal charitable deduction from any and all tax reform changes (or at least changes that reduce the deductibility of charitable contributions) really haven’t had too many major problems, all things considered. There have been no visible champions in Congress in favor of President Obama’s longstanding proposal to cap the deduction for wealthy donors, and alternative formulations proposed by the likes of Mitt Romney, in an off-handed comment during the campaign, and Martin Feldstein, President Reagan’s chair of the Council of Economic Advisors, generated no policy traction. However, a brief new analysis of zeroing out the charitable deduction—not tinkering with it, but eliminating it—prepared by Tax Foundation might alter the charitable deduction debate and probably merits a thoughtful, analytical response.

The Tax Foundation is a knowledgeable, conservative think-tank on tax issues, with a board whose members include Bill Archer, the former Republican chairman of the House Ways and Means Committee, and, probably more importantly, Douglas Holtz-Eakin, an economic advisor to the presidential campaign of John McCain and former director of the Congressional Budget Office, but more recently, head of the American Action Forum, an issue advocacy group founded by former Senator Norm Coleman (R-MN) and Nixon aide Fred Malek.

The Tax Foundation’s charitable deduction analysis is the latest of eleven case studies produced by the organization in response to a call by Senate Finance Committee chair Max Baucus (D-MT) and ranking member Senator Orrin Hatch (R-UT) to reexamine the tax code for the purposes of comprehensive tax reform from a blank slate, imagining an income tax system “without all of the special provisions in the form of exclusions, deductions and credits and other preferences that some refer to as ‘tax expenditures,’” preserving “only those that could be successfully defended in terms of simplicity, efficiency, and fairness.” The senators believe that revenues generated by eliminating tax breaks from the tax code could be directed to income tax rate cuts and deficit reduction.

Here’s the problem for charitable deduction defenders. Relying on its “dynamic simulation model,” the Tax Foundation concluded that simply eliminating the charitable deduction would be an across-the-board negative: though increasing revenues (on a static basis) by $39 billion, it would reduce GDP $40.3 billion; on a dynamic simulation basis, the increased revenues would only be about $29.6 billion; it would cost 131,000 jobs lost and reduce hourly wages by 0.2 percent. But, “eliminating the deduction for charitable contributions and trading the static revenue gains for individual rate cuts” (of 3.7 percent) comes out as a winner in the Tax Foundation analysis: increasing GDP by $19.3 billion; increasing revenues by $4.5 billion on a dynamic basis; increasing employment by 200,000; and reducing wages by only 0.1 percent.

Advocates can see where this analysis goes. Might the nation be willing to trade the charitable deduction for tax-rate cuts that would add 200,000 jobs and $19.3 billion in GDP to the sluggish economy? The Tax Foundation brief doesn’t take note of the specific impacts of the elimination of the deduction on charities, and we don’t know how the “dynamic simulation model” treats the potential loss of jobs and services delivered by nonprofits as a result of zeroing out the deduction. However, with an economy still in the doldrums and the increasing social divisions between people doing well in the lackluster purported “recovery” and others falling farther behind, the likelihood that this analysis might get recognition and discussion from Baucus and Hatch isn’t hard to imagine.

The ultimate problem, however, is the reduction of charity and philanthropy to things that should primarily be measured by their economic impacts. This is a trap that the sector has itself fallen into on occasion, touting how many jobs are created as a result of nonprofit activity and, by extension, the charitable deduction. Of course, that is both a wrong and misleading measure and a realm of argumentation where the nonprofit sector will ultimately lose.

The challenge for nonprofits is to talk about the value they deliver that outweighs nonprofit sector contributions to the numbers of employed people or the growth of the GDP. In other words, the Tax Foundation analysis is a bit of a double whammy for nonprofits, suggesting that zeroing out the deduction in favor of handing out individual income-tax-rate breaks is better for the economy—as a result of a dynamic model that one might think has some biases in favor of lower individual tax rates—and framing the value of the charitable deduction in misleading economic terms.—Rick Cohen