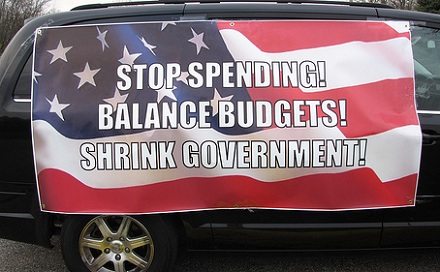 Remember all the all the Tea Party groups complaining bitterly that the Internal Revenue Service was discriminating against their applications for 501(c)(4) tax exemptions? They huffed and they puffed and they couldn’t find evidence that the IRS was singling them out for anything untoward. Now, at least eight Tea Party groups have been granted their tax exemptions, though Bloomberg reports that it took the intervention of former IRS attorney Jay Seculow, chief counsel of the Center for Law and Justice, who argued that the IRS’s questions of the Tea Party groups “violated their free speech and freedom of association rights.” Still, no one really pointed to IRS requests that were inappropriate or that singled out the Tea Partiers.

In any case, the IRS has approved the (c)(4) applications of various and sundry organizations that are no less reputable than the Tea Partiers, so why hold out on their approvals? Will the Tea Party groups make social welfare a primary activity of their organizations any more than 90 percent of the other groups parading their 501(c)(4) status around?

The 501(c)(4) question isn’t whether the Tea Party groups would uphold the law and make sure that their political campaigning didn’t become their primary functions. It is whether the bulk of social welfare organizations accepting secret donations to finance partisan electoral activities deserve the social welfare appellation in any way, shape, or form. Now, the IRS must get around to defining what the heck a social welfare organization might be and conducting some real time oversight of these groups so that their activities might be caught and clamped down upon before rather than after the end of the election cycle. Until the IRS does so, there’s no particular reason for suggesting that the Tea Party groups will be any worse 501(c)(4)s than most of their tax-exempt social welfare brothers and sisters.—Rick Cohen