Tech Companies, Philanthropy, and Paying a Fair Share Where You Live 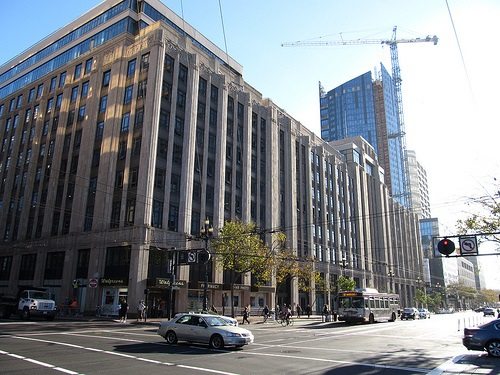 NPQ recently wrote a newswire about the problems caused by an inflated commercial real estate market in New York. The article described a situation wherein nonprofits were competing with well-capitalized tech firms for available rental space. Such unanticipated consequences of a “boom” need to be addressed by nonprofits both for the good of their organizations and for the good of those whom they serve, as the situation in the Bay Area should be making quite clear.

Larry Popelka writes about the effects of the tech industry on local citizens for Bloomberg Businessweek. “One might expect the streets of San Francisco to be paved with gold from all of the wealthy companies in the area. Yet unlike other cities that have received parks, schools, or hospitals from local corporations, San Francisco has little or nothing to show from any of the big tech companies. In fact, the city had to cut its services over the past five years because of budget shortfalls.”

To make matters worse, writes Popelka, many of these companies are aggressive negotiators when it comes to tax breaks—for instance, Twitter (TWTR) negotiated $56 million in tax breaks from San Francisco to support its expansion before it went public. On top of such tax breaks, the influx of tech workers has made local rents skyrocket, which, in turn, has created a speculative real estate market. And how does that staff get to and from work? The now-famous “tech buses” make it easy for new workers to live in San Francisco, but keep tech workers off local public transit, which needs the ridership.

When protests about the luxury buses became intense, Google tried to defuse the situation by donating $6.8 million to the city to allow low-income children to ride free on city buses for two years. Erin McElroy, the director of the San Francisco Anti-Eviction Mapping Project, has been involved in the protests against the shuttles and is not at all impressed. “It’s a last-minute PR move on their part, and they’re trying to use youth unfairly to create a better brand image in the city,” she said. “And it’s not actually costing them much money at all. I don’t think that’s going to solve any of the wider problems or mitigate broader impacts.”

Even when the companies in question are generous as Google, donating over $1.1 billion, or 8.5 percent, of its profits to charitable causes in 2012, little of this largesse, writes Popelka, goes to anything local. NPQ has on a number of occasions printed articles by Buzz Schmidt urging us to look at all enterprise with an eye to understanding its contributions to and impositions on society; part of this should involve an analysis of a company’s effect—environmentally, economically, socially, etc.—on the place it calls home.—Ruth McCambridge