Editors’ note: This article, first published in print during May/June 2011, has been republished for Nonprofit Quarterly with minor updates.

IT’S NOT SURPRISING that after the widely publicized success of the 2010 Red Cross “Text-to-Give” campaign for Haitian earthquake relief, many social change organizations wanted to hop on the text-to-donate bandwagon. After all, according to mGive .com, the Red Cross campaign generated an unprecedented volume of donations that brought in more than $40 million.

But as many organizations quickly learned, the type of text to-donate campaign the Red Cross ran was inaccessible for their groups for a variety of reasons, which will become clear below.

Nonetheless, there is a way for grassroots organizations to generate donations using text messaging. This article explores the various ways that texting programs can help social change organizations enhance their grassroots fundraising programs overall, and it compares grassroots text-to-donate campaigns with the type of campaign the Red Cross used.

By and large, the biggest barrier for grassroots groups emulating the Red Cross-style text-to-give campaign is cost. The industry leader, mGive, for example, charges a one-time setup fee of $500, which covers the lengthy and rigorous carrier application process. Then, there is a monthly fee ranging from $199 to $799, depending on the package features. With each donation, there is a $0.35 transaction fee, along with the service taking 3.5 percent of the amount donated. The real kicker, however, is that with this kind of text-to-donate campaign, an organization can only give donors the option of giving $5 or $10 at a time. And although people can make multiple donations, they can’t give more than a total of $25 per campaign.

YOU CAN CREATE A TEXT-TO-DONATE CAMPAIGN FOR A FRACTION OF THE COST OF A TRADITIONAL CAMPAIGN, AND YOU STAND TO GAIN MUCH MORE THAN THE INITIAL DONATION. IT JUST TAKES A LITTLE CREATIVITY AND EFFORT TO COLLECT ON THE PLEDGE.

The primary reason the Red Cross text-to-donate campaign was so successful is because of the reach they have as a very large and well-known national organization. Because they could use traditional mainstream media sources that are often inaccessible to grassroots organizations, knowledge of their text-to donate campaign spread through endless diverse networks of people on a scale that would be incredibly hard for a smaller, less-well-known organization to achieve. Accordingly, for the Red Cross, the sheer number of people who were exposed to and in turn donated through the text-to-donate campaign easily absorbed the cost of running the campaign.

Making it work for the Grassroots

One day, after I had explained the costs and the number of donations required to make a traditional text-to-donate campaign lucrative to a very frustrated development director of a grassroots organization, she said, “This is outrageous! Why doesn’t someone do something about it?” That’s when it occurred to me that we could figure out a way to make it work for grassroots organizations.

So while it is true that it will not be possible for the vast majority of grassroots organizations to do a Red Cross-style text-to-donate campaign, it is entirely possible for an organization of any size and with any budget to use mobile technology to generate income from individual donors.

The reason a grassroots campaign requires some ingenuity, and arguably the biggest disadvantage of not running a traditional text-to-donate campaign, is that the organization does not automatically receive the donations once a person texts to donate. In a traditional text-to-donate campaign, the cell phone carriers play the role of the money collector. Because grassroots text-to-give campaigns bypass the carriers, it is not possible to have the money automatically charged to the donor when he or she texts in to donate. It becomes the responsibility of the organization to collect on the donor’s pledge.

However, instead of receiving a message directly from the carrier confirming the donation amount and requesting authorization to add the amount to the donor’s cell phone bill, the donor receives a customized text message from your organization thanking them for their pledge and providing a link to an online donation portal. From there, it is the responsibility of the donor to complete the donation transaction, either from their smart phone or by pasting the donation URL into a website browser at a later time. Because this grassroots method requires more work on the donor’s part, it is reasonable to expect pledge fulfillment rates to be lower than with a traditional text-to donate campaign.

The second type of grassroots text-to-donate campaign addresses the pledge fulfillment issue head on. In this approach, the organization looks at a text-to-give campaign as a donor cultivation technique instead of just a method of collecting onetime donations. This, the money-collection obstacle becomes a non-issue, especially when compared to the possible payoff By altering the process, and committing to put in the same amount of time as with any other type of grassroots fundraising donor cultivation campaign, a grassroots text-to-donate campaign can be quite successful.

Instead of receiving either a message from the carrier or a link to your donation portal, however, the donor receives a text message thanking them for their commitment to make a donation and informing them they will receive a call to complete the payment. With any text messaging service provider, you will have access to the phone numbers that text in using your keyword.

You can then create a script that provides much more information about your organization and is much more intimate than the text message a donor would receive from a traditional text-to-donate campaign. In this scenario, when you call to collect on the pledge the donor committed to making—which can be any amount, not just the $5 or $10 limit imposed with a traditional text-to-donate campaign—you can also start building a relationship with the donor

A TEXT-TO-DONATE CAMPAIGN SHOULD BE LESS ABOUT SOLICITING THE DONATION AND MORE ABOUT BUILDING RELATIONSHIPS WITH DONORS AND ADVANCING AN ORGANIZATION’S MISSION.

The advantages of this more intimate, grassroots-style of text-to-donate campaign are highlighted by a study of donors conducted by CCS, a film that provides fundraising consulting and management services. First, the study participants (all of whom had made donations via text) suggested that they would like to have the option to give more than the $5 or $10 currently allowed. When asked the maximum level they would consider giving via text message, 73% said $25, while 15% indicated $50 and 9% indicated $100 or more. Second, 86% of the study participants said they are willing to consider giving larger amounts via other channels. These additional channels can easily be introduced to a text-to-donate campaign donor during a pledge fulfillment call.

Similarly, where the traditional text-to-donate campaign requires a minimum one-year contract, many text messaging service providers have month-to-month services. If you give a campaign a go and for whatever reason it is not working the way you hoped, you can discontinue the program with minimal financial outlay.

As Always, It’s About Relationships

At the end of the day, the success of both traditional and grassroots text-to-donate campaigns depends on the organization’s ability to leverage mobile technology as part of a comprehensive fundraising strategy. A text-to-donate campaign should be less about soliciting the donation and more about building relationships with donors and advancing an organization’s mission. With a traditional campaign, you may receive more one-time donations of small amounts, but you are unlikely to have the chance to build a relationship with the donors as you can with the kind of grassroots campaigns described here.

Organizations should take advantage of the opportunity to use text messaging in many ways: to promote their legislative agenda, to send emergency calls to action, and to remind donors of other ways they can get involved, such as attending meetings, volunteering for phone banks, and so on. All of these are opportunities to build a relationship based on more than just asking for money.

Sending people text messages is a very personal method of communication; used correctly, it can help people feel more connected to your organization and more invested in your work. These feelings will lead to greater financial support.

Debra is a social entrepreneur and life-long activist. She was the Co-Founder and CEO of MobilizeUs, a social enterprise that provides organizations with affordable and effective text messaging and mobile marketing services. Debra also has over twenty years of experience in launching and growing nonprofit organizations. She currently serves as the Founding Executive Director of Good Business Colorado. Prior to starting Good Business Colorado and running MobilizeUs, Debra served as the Director of the Colorado Community Organizers Collaborative Grassroots Fundraising Project, the US Outreach Coordinator for DocFactory, and was the Community Relations Liaison for the Southern Arizona Children’s Advocacy Center.

Affects of Income Inequality on Fundraising 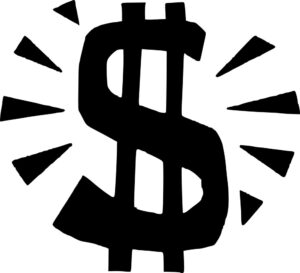 Why People of Color (Still) Need to be Good Fundraisers

Is Fiscal Sponsorship Right for You? 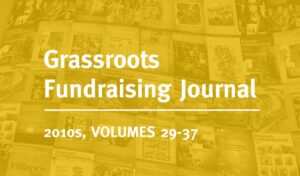