State and local government doesn’t get a lot of respect. But, as Brookings noted years ago, state and local government spending provides for “12 percent of Gross Domestic Product (GDP)” and employs “one out of seven workers—more than any other industry, including health care, retail sales, and manufacturing.” And, if the feds don’t step in soon, we may be seeing cuts to vital public services at our nation’s moment of greatest need. It is an absurd situation, but the threat is real.

According to the National Association of State Budget Officers (NASBO), 46 states start their 2021 fiscal year tomorrow—the only exceptions being New York (April 1st), Texas (September 1st), Alabama (October 1st), and Michigan (also October 1st). Back in May, the Center on Budget and Policy Priorities (CBPP) conservatively projected a shortfall of $370 billion in Fiscal-Year 2021 alone. Total state government revenue pre-crisis was $2.1 trillion, so that’s a 17.6 percent decline.

Where does it go? Here’s a summary based on Urban Institute data:

As many nonprofit leaders know well, state government is also a major source of contract dollars; earlier this year, NPQ estimated state and local government nonprofit contracts to total $187 billion—more than four times the $44 billion nonprofits receive from private foundations. As Jon Pratt and Kari Aanestad of the Minnesota Council of Nonprofits detail, “Human services receive 33 percent of that funding, followed by hospitals and nursing homes, other health organizations, and higher education.” If you do the math, on top of all of their other challenges, this means that nonprofits could face cuts in state and local contracts of $30 billion or more.

Of course, state governments could raise taxes—and nonprofits and community advocacy can help make this happen. During the Great Recession, tax rates for high-income taxpayers did rise in nine states. But poor taxpayers still pay more of their income to states and localities than the wealthy.

A 2018 study released by the nonprofit Institute on Taxation and Economic Policy finds that the poorest fifth spend on average 11.4 percent of their income on state and local taxes, compared to 7.4 percent for the top one percent. As Peter Sabonis wrote for NPQ this spring, particularly during times of crisis, we rely on people to pay what they can to cover the cost of needed public services. Yet, Sabonis adds, “we already know who doesn’t.”

The federal government must also step up. In May, the US House of Representatives passed the HEROES Act, which sets aside $500 billion to the states, enough to cover the shortfall and then some. But that has gone nowhere. It is common to assume that, eventually, Congress will relent, and the states will get—if not $500 billion, at least something more than the $150 billion that state and local government received in the CARES Act this past March. But, alas, more federal support is far from certain.

How do we know this? Well, because during the Great Recession, the federal government failed to make the states whole. Pew Charitable Trusts estimates that the tax revenue shortfall totaled $283 billion (in 2018 dollars) over four years—nearly twice the $147 billion in stimulus money that states got. And $283 billion is the gap between revenue received and zero growth. (Normally, states see revenue growth year-to-year, just like the federal government.) The Center on Budget and Policy Priorities, measuring deviation from normal revenue growth, finds that the state Great Recession shortfall was considerably larger—$690 billion (in 2020 dollars) over five years.

Pew outlines the impacts of state budget cuts in the Great Recession. Prior to COVID-19, many in state government referred to the 2008–2018 period as a “lost decade.” Keep in mind that the Great Recession officially ended in June 2009, and the data show that nine years later many states had not fully recovered. Among the impacts were the following:

And the impact of state and local spending cuts doesn’t stay there; rather, they serve as a major drag on the economy. Because of multiplier effects (i.e., one person’s spending is another person’s salary), the cuts greatly slowed the pace of recovery from the Great Recession. According to economist Josh Bivens of the Economic Policy Institute, if state and local government spending “had instead followed the trajectory it established following the recovery from the similarly steep recession of the early 1980s, pre-recession unemployment rates could have been achieved by early 2013 rather than 2017. In short, this austerity delayed recovery by over four years.”

Now we’re facing a downturn that is orders of magnitude greater. And, unless the country changes direction quickly, the United States is fully on track to repeat this unforced economic error—only this time with even more severe consequences.

Before going on, it’s worth noting that it is state policy and constitutional rules, not federal law, that mandates “balanced budgets.” In theory, these rules could be changed. In other countries with federal systems—such as Canada and Germany—”subnational” governments (provinces in Canada, länder in Germany) can run deficits just like the federal government.

In the US, however, right now every state but Vermont has some sort of “balanced budget” restriction. So, if the feds don’t provide money to states, states get pushed to act “pro-cyclically,” deepening recessions. Thus, even as the federal government spends trillions, states are beginning to move to contract. It’s a little like driving a car with one foot on the accelerator and the other on the brake pedal. Up until the Great Recession, the federal government had compensated states sufficiently to avoid that outcome. But in the Great Recession, that is exactly what happened. And now it could happen again.

It is hard to keep track of the impacts, although the National Conference of State Legislatures does maintain a useful website that tracks state budget estimates, as does the Center on Budget and Policy Priorities. The level of uncertainty, however, makes tracking difficult in a crisis where even federal agencies like the Bureau of Labor Statistics find it difficult to keep up. States, with fewer resources than the feds, find it still more challenging. Right now, one state “solution” is leaving gaping holes in the budget and hoping the federal government comes to the rescue—a policy that carries obvious risk.

Here are some state snapshots:

The bottom line is clear: Whether the state is run by Republicans, Democrats, or split between the two parties, limited federal support is forcing states into austerity at the very moment when the opposite is needed. It’s hard to overstate the absurdity of the federal government borrowing trillions of dollars for its own operations, while at the same time starving states and localities of resources.

Put differently, states are adding to unemployment when they should be reducing it. Also, it is important to recognize that states are responsible for funding close to one-third (32 percent) of all local government expenses, meaning that state austerity will likely lead to austerity at the city and county government level as well.

The effects could be catastrophic. ABC News notes that a report from Moody Analytics released last week estimates that if the federal government fails to transfer more resources to state and local governments, it “could shave as much as three full percentage points for real GDP and erase about four million jobs.” Put differently, if the number of unemployed were to climb by four million, that would be the equivalent of about a 2.6 percentage-point rise in the unemployment rate.

How Will the Nonprofit Sector Respond?

At NPQ, we noted in a series this spring that during the Great Recession, nonprofits as a sector did pretty well—actually outpacing private sector growth. However, the communities that nonprofits purport to represent did poorly.

This crisis is clearly different. Unlike the Great Recession, when most nonprofits did not face major layoffs, this time nonprofit layoffs have been massive and widespread. As NPQ reported last week, the Center for Civil Societies at Johns Hopkins found that 1.6 million employees of nonprofits have been laid off since March 1st. Pretty much every sector has been affected.

As a result, many nonprofits focus on playing defense. Indeed, New Mexico Thrives, the New Mexico nonprofit trade association, even writes about “self-defense communications” on its website. And, of course, that is a necessary part of advocacy.

But, even so, it is also vital for nonprofits to speak up for their constituents. Writing just before our current downturn, James Carr noted in NPQ that “a major opportunity for the sector is to assist the American public in better understanding the potential impact of federal legislation on wealth and inequality in our nation.…One approach for nonprofits to achieve this goal is to assist civic associations in better understanding the wealth implications of federal legislation, as well as how best to organize and hold political leaders accountable.”

At the time, Carr wrote that this work need not “wait until the next economic downturn.” But the downturn is here—indeed, it is by far the worst most of us have faced in our lifetimes.

We know that the pandemic has worsened racial, gender, and class inequality. We know too that state and local governments provide many of the critical services that can help reduce inequality—and we know that if they are starved of resources, then they will be compromised in their ability to do so.

In his article, Carr noted that, “Given the direction our nation is taking vis-à-vis growing economic inequity, reversing that trend could be one of the most important missions the nonprofit community takes on.” This was true before the pandemic-induced economic shutdown began. It is even more true today. 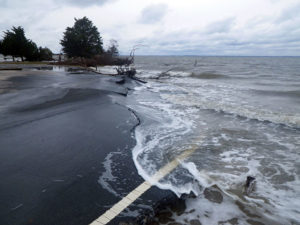 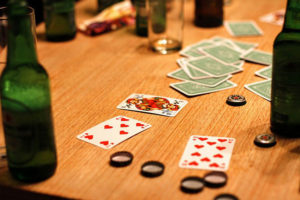 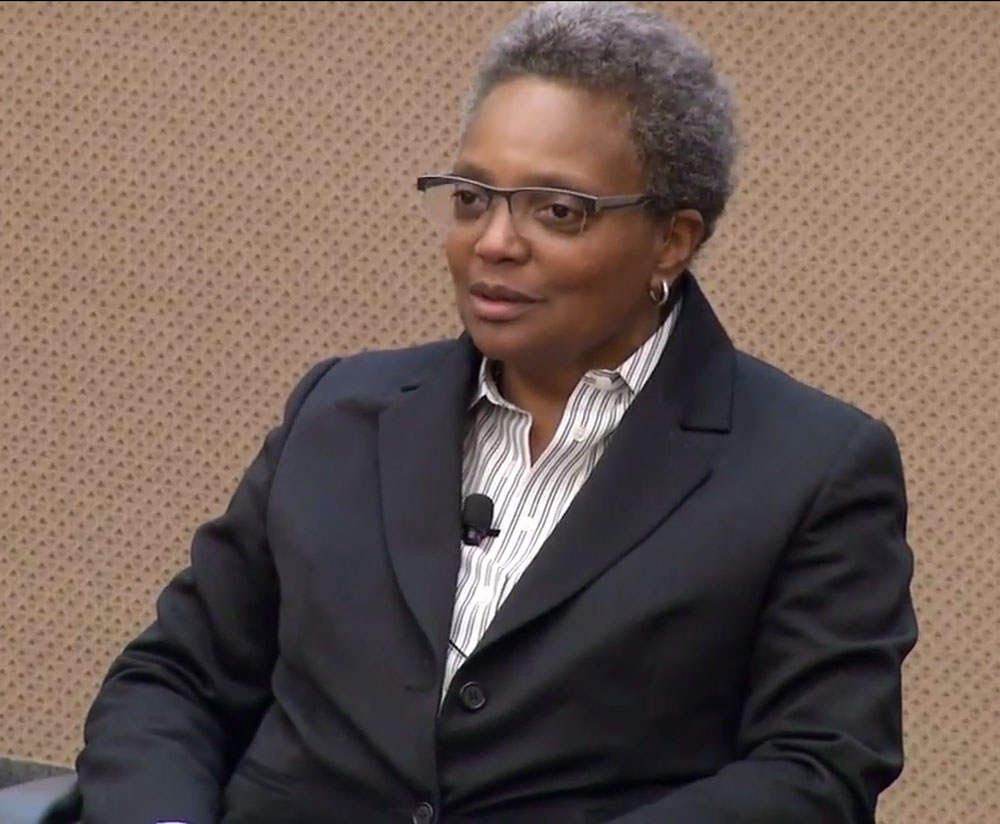