The Business Case for Nonprofit Board Diversity 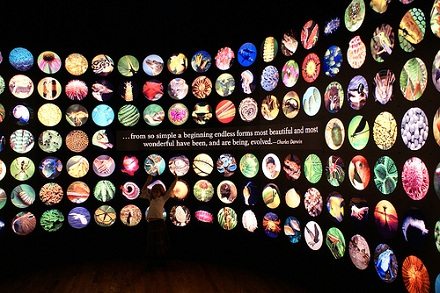 A recent article in Crain’s Chicago Business takes up the issue of the lack of diversity on local nonprofit boards. The article is based largely on a look at high-profile cultural boards in the area but it clearly calls out the sector as a whole on the issue, as it should. It cites a number of dynamics that may be leading to boards being primarily populated by white men. These include the fact that so many nonprofits are looking to recruiting board members from the C-suites of major corporations in hopes that it will draw money and influence. Chicago United, which works to improve race relations and to offer more job opportunities for people of color, has examined the area’s 50 largest companies for their diversity and president Gloria Castillo remarks that at the current rate of promotion, minorities will reach parity in 89 years. She goes on to state, “If you’re looking at C-suite executives in Chicago . . . 75 percent are Caucasian.” Many organizations look at the recruitment of big name board members as part of a solid fundraising strategy but it is not a good strategy in all types of organizations, as is exhibited in the research detailed in David Renz’s NPQ article “Do Big Names Draw Big Bucks?” In fact, this strategy at times has a reverse correlation to budget growth.

For some cultural organizations, however, these boards are traditionally successful at attracting money. At the Field Museum, reports this article, 65 of 82 board members are white and the Chicago Symphony Orchestra Association has a 58-member board that is two-thirds white and male. The Field Museum has an expectation of a donation of $50,000 from each board member which John Rowe, chairman of the Field Museum’s board of directors and former chairman and CEO of Exelon Corporation, says it sometimes relaxes to bring on candidates not yet able to make such a contribution.

Edith Falk, chairman of Campbell & Co., a Chicago-based firm that consults for nonprofits, says that the problem goes beyond protecting a business model that works for some organizations…for now. “What happens on so many boards is that they recruit people who look like themselves—that’s their circle of friends,” she says. With such homogenous recruiting, “you’re not getting the rich conversation that you would if you had” a more diverse group. This inability to remain current and relevant with your audience/community as it becomes more diverse has posed serious problems for many nonprofit arts organizations and, guess what? For many businesses as well.

While it focused on for-profit corporations rather than nonprofits, a McKinsey report released earlier this year found that diversity in the boardroom correlates to better return on equity (ROE) and better margins on earnings before interest and taxes (EBIT). The study examined 180 publicly traded companies in France, Germany, the United Kingdom, and the United States over a time period between 2008 to 2010 and looked at diversity in terms of “two groups that can be measured objectively from company data: women and foreign nationals on senior teams (the latter being a proxy for cultural diversity).” The report found:

While the McKinsey authors are careful to acknowledge that the study does not imply a causal connection between diversity and success, they do point to examples where diversity seems to have made a positive difference. For example, a food company with high diversity was able to better ensure that “its products fit the varying preferences of local cultures and markets” and its “diverse footprint” pointed the way toward “highly efficient manufacturing processes, which it absorbed and then disseminated across its own manufacturing base.” The authors also noted a top telecommunications corporation’s diversity as a factor in its ability to grow its worldwide infrastructure and to “meet ambitious growth targets in emerging markets.”

This information should be of particular interest to foundations, which have a longstanding and significant problem with board diversity, as NPQ has documented here. Take this information, consider it, and let us know how you think it applies to our own work in the civil sector, where, as Crain’s notes, board diversity is still a significant problem. –Ruth McCambridge