Eight Words: The Impact of the Next Congress on Nonprofits 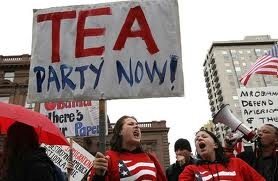 Republicans might increase their Congressional seat count by 40, 50, 60, or even perhaps 70 according to some prognosticators. Not every new Republican member of Congress will be a Tea Party poster child, but even those candidates who haven’t benefitted from Sarah Palin campaign visits or Tea Party Express and FreedomWorks endorsements know where the Republican juice in this election resides. The Tea Party has it.

Gridlock: The electorate won’t be voting for the Tea Party manifesto plank to reduce the number of words in the tax code to the length of the U.S. Constitution. This is a vote against President Obama, a vote against “big government”, a vote government spending. The impending electees don’t look like they’re geared to bipartisan compromise with the “socialist” government they detest. That, plus a Senate likely to remain in Democratic hands, implies stalemate on many issues.

Xenophobia: If President Obama failed to move on comprehensive immigration reform during his first two years in office with a Democratic Senate and House, a major shift toward strident conservativism makes immigration reform more than unlikely. The seepage of anti-immigrant provisions into other legislation, for example, health care reform, could lead to pressure targeting immigrants in other legislation.

Cuts: Every Republican campaign site pledges fiscal conservativism, restraining “out of control” government spending. Don’t expect a new stimulus. Expect emphasis on cutting the deficit, but not through raising taxes. The incoming freshman class will be aiming at the spending side of the federal budget, and they will be joined by conservative “Blue Dog” Democrats.

Faith: The Tea Party movement portrays itself as entirely secular, focused on government overreach rather than social issues. But there is no mistaking how much of the new members of Congress have made their religious faith cardinal elements of their campaigns. Several of the possible new members of Congress are actually ministers or lay leaders in their churches. They don’t seem to be looking for a revival of the Bush Administration’s faith-based initiative to boost church groups as federal contractors. One might expect interest in loosening restrictions on the partisan political involvement of churches.

Bootstrapping: Remember that the Tea Party started with opposition to helping homeowners fend off subprime mortgage foreclosures. The next step was opposition to what the protesters called “Obamacare”. This is a movement that thinks that people ought to take care of themselves and not look to government solutions like mandated mortgage restructuring and expanded health care opportunities. In the new Congress, expect the message to be, “solve your own problems, take responsibility for yourself.”

Charity: Don’t expect increasing government appropriations for programs delivered by nonprofits, but do expect calls for people to turn to charity. If Glenn Beck might be an icon of this political movement, remember the tenets of his core beliefs, as stated in Glenn Beck's Common Sense: A Case Against an Out-Of-Control Government, Inspired By Thomas Paine—personal responsibility and private charity. It is a self-help version of charity, not “social justice” charity that Beck rails against. The charities that will be lauded and celebrated will be those that help their neighbors—and eschew social change advocacy and organizing.

Confusion: The substance-thin Tea Party platform is addled about the role of corporations. Many of these new entrants to politics—and to the Republican Party—make clear their distaste for corporations and the subsidies that Republicans have routinely advocated for the corporate sector. Their campaign sites underscore rejecting corporate campaign contributions and decry TARP and other programs aimed at saving or bolstering corporations during the recession. But establishment Republicans, while mouthing similar sentiments for election purposes, have long been connected to the corporate world—and benefitted from anonymous corporate contributions to 501(c)(4) nonprofits. What to do with corporations could be the fault line between the new Republicans and the “establishment” they say they are not.

Organizing: In the wake of the Jon Stewart/Stephen Colbert rally on the Washington mall, there will be a message from the election for nonprofits committed to social change, to the nonprofit role in helping undo the inequities of our economic system. At the rally, the message seemed to be, speak rationally and your message will prevail over the cable T.V. noise. If that’s the takeaway, it’s wrong. The real message is return to organizing. After the 2008 elections, many people confused issuing high-minded policy pronouncements with basic, gritty community organizing. Convincing yourself that you’re “right” doesn’t do anything without getting into the trenches in small towns and urban neighborhoods to debate the issues and mobilize constituents.

Voters thought that the change they helped usher in, in 2008 was self-actualizing. You vote, and change happens. Social change is the day-by-day work of stimulating communities and constituencies to speak for themselves. For all the debates about whether or not the Tea Party phenomenon is simply a Koch family-manufactured and manipulated Astroturf movement, the Tea Party activists should serve as symbols of the effectiveness of community organizing—and as reminders of the importance of organizing in the nonprofit sector.