The Cohen Report in 2013: An Extraordinary Year for News 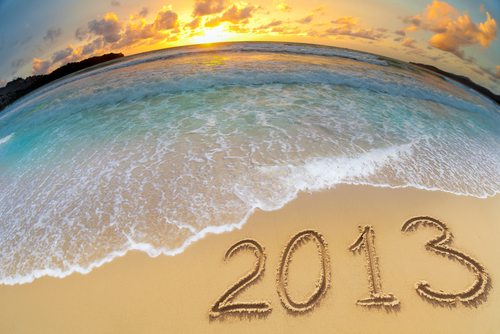 One of the features that distinguish NPQ as a serious publication for the civil sector is the work of our national correspondent, Rick Cohen.

Rick is, of course, the author of the Cohen Report, which takes on issues of policy and politics and their impact on the sector. He also pens innumerable other newswires and features. Rick is known as a consummate researcher and an expert on philanthropy and community development. He is also almost inconceivably prolific.

The Cohen Report, published weekly, provides information on public policy topics that few, if any, other sources have examined, These articles provide a depth of analysis other sources have not. Often, the Report presents a series of articles that, taken together, constitute a unique take on critical issues of concern to the nonprofit sector.

This past year was marked by an enormous number of controversial and fast-moving policy events and initiatives that were newsworthy for our readers. Here’s what we thought was the best of the Cohen Report in 2013:

We were really surprised that the Post’s database of nonprofits acknowledging asset diversions on their Form 990s turned into a widespread critique of nonprofits rather than a revelation about the people, contractors, and investment advisors who have preyed so successfully on tax-exempt organizations. The coverage was oriented toward a traditional approach that would attract readership, but c’mon—do crooks really check off a box on their Form 990s telling the IRS, “Hi, I’m a thief, please investigate me?”

Unlike other commentators ready to work straight from the Post’s headlines about a crisis of nonprofit accountability, Cohen decided to actually look at the nonprofits in the database and see what was really going on in a series that examined the facts.

Implementation of the Affordable Care Act:

The Cohen Report series on the Affordable Care Act is emblematic, again, of recognizing and consistently covering a big trend in plain sight. The implementation of the Affordable Care Act not only involves and affects nonprofits of many different kinds but, of course, millions of previously uninsured and underserved people. The pieces done as part of the Cohen Report are, of course, supplemented by hundreds of NPQ newswires through the year about nonprofit hospitals, the state of mental health, the expansion of community health centers, the nonprofit “navigators” meant to help consumers make their way through the exchanges, and the challenge of expanding Medicaid coverage for poor people. The result, we think, is a reasonably thorough composite analysis of the nonprofit stake in national health care reform—and the nonprofit roles that may be crucial to the program’s ultimate success or failure.

The Role of Philanthropy and Advocacy in Healthcare Reform Implementation (February 21, 2013)

The Affordable Care Act Meets IRS and HHS in Climate of Scandal(May 30, 2013)

Trials and Tribulations of the Federal Budget:

Cohen is renowned for his attention to detail and for ferreting out the important bits and pieces in government and legal documents. He mixes all of this with an encyclopedic knowledge of politics and historical context and comes up with coverage of complex and dynamic issues that makes meaning of even the most convoluted of situations…like this year’s budget fiascos. In each situation, Cohen typically traces the relevant line items for various subsectors as well as the overall probabilities for outcomes benefitting or harming the interests of the nonprofit sector writ large.

The Fiscal Cliff Legislation: A Primer for Nonprofits on Its Provisions (January 2, 2013)

President Obama’s FY2014 Federal Budget as a Statement of Values: Its Message to Nonprofits(April 25, 2013)

A Tale of Two Federal Budgets: A Primer for Nonprofits(March 28, 2013)

Reverberations in the Body Politic: The Shutdown’s Impact on Safety Net Services (October 10, 2013)

Among the articles in the Cohen Report that provided distinctive takes on public policy issues were these:

Cutting to the (JPMorgan) Chase Mortgage Settlement (November 26, 2013), on the potential resources that could emerge for nonprofits;

Hoodwinked? As Nonprofits Focus on Charitable Deduction, Sequestration Cuts Inflict Pain (March 7, 2013), based on interviews with some nonprofit advocates who were telling members of Congress that federal funding was not particularly important;

Is Philanthropy Sufficiently Proactive on the Issues of People with Disabilities? (June 20, 2013), challenging nonprofits and foundations to pay attention to issues concerning persons with disabilities;

The Possible Philanthropic Response to Trayvon Martin (August 19, 2013), asking whether foundations might have roles to play in responding to stand-your-ground laws and other issues associated with the shooting of Trayvon Martin and the court decision regarding George Zimmerman, the neighborhood vigilante who shot the unarmed teen;

“Respect the Poor” by Reducing Gun Violence(November 4, 2013), our response to a challenge posed to us about our stance in favor of stronger gun controls;

Why Have Nonprofits Fizzled on the Sequester? (July 18, 2013), questioning how nonprofit advocacy, strong on such issues as the charitable deduction, foundered in challenging the devastating effects of the sequester; and

BP Oil Spill Settlements to Nonprofits: Mechanics and Lessons (May 9, 2013), like the JP Morgan settlement, a review of a specific—and very large—court-mandated resources that might be used by nonprofits in important ways.

NPQ would like to remind you that our being independent requires your support. If you appreciate the deep dives into policy that the Cohen Report provides, make sure you support it today!