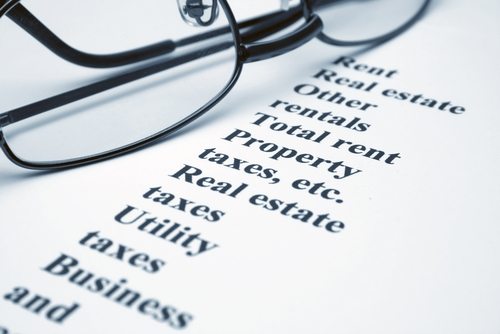 When Slate columnist Matthew Yglesias whacks tax exemptions for nonprofit property owners, the nonprofit sector had better pay attention. Yglesias is well respected in politically progressive circles. In this brief piece for Slate, Yglesias notes with approval Forbes columnist Felix Salmon’s critique of nonprofit universities that benefit from their tax exempt status, citing the implicit subsidy that goes to Cooper Union for the land it owns beneath the Chrysler building, while public institutions such as the City University of New York “end up starved of direct appropriations.”

Yglesias sees the property tax subsidy as a problem for more than just colleges and universities. He calls the tax exemption “a perverse way of subsidizing” nonprofits. In fact, “of all the ways you can come up with subsidizing a worthy nonprofit organization…[it’s] just about the worst incentive structure you can imagine.” Not only does he question the social benefit of nonprofit and religious ownership of land and buildings, he describes the “distributional impact [of the property tax exemption as]…giv(ing) the biggest benefit to the nonprofits with the healthiest financial base.” “The colleges that do the most to serve the marginal college student get the least benefit from this form of subsidy,” Yglesias writes, “while well-endowed institutions reap vast benefits.”

While municipalities starved for tax ratables aren’t making big distinctions between wealthy universities and smaller nonprofits in strategies to tax otherwise tax-exempt property owners, Yglesias has fingered a difficult political challenge in the nonprofit sector’s advocacy agenda. Like the charitable deduction, the major though not exclusive, beneficiaries of the property tax exemption are bigger, wealthier institutions. Nonprofit leadership organizations, while trying to represent the entire nonprofit sector, the vast majority of which is very small in terms of revenues and assets, often find themselves advocating policies whose prime beneficiaries are the larger nonprofits that are often far from financially bereft. In the array of public policies in support of the nonprofit sector, there is disproportionately little that’s targeted to the four out of five public charities that filed 990s in the past year reporting total annual revenues of less than $1 million, or the three out of four reporting total assets of less than $1 million.

Yglesias’s take on property tax exemptions shouldn’t be a surprise. In the past, he has asserted that there are “way too many tax-exempt nonprofits in America“ and worth scaling back. His critique was brief but devastating:

“A rich guy giving a gift to an elite university that mostly serves the educational needs of rich kids is not particularly worthy of a tax subsidy. That’s doubly true when we all know that the ‘gift’ is in some respects a bribe to boost the admissions prospects of his own family members. We don’t have a shortage of political advocacy in the United States. God is not going to become angry at us and punish us if our churches become less splendid. Due to the progressive rate structure of the income tax, these tax deductions are very much a way of increasing the social and political clout of the rich and don’t seem to inspire a ton of charity in the sense of helping poor people.”

Nonprofit sector leadership organizations are committed to presenting 501(c)(3) public charities as all in one boat, unified behind defending the current regime of tax deductions for charitable donations and the current regime of tax exemptions for nonprofit property owners that use their property for charitable purposes. That’s all well and good, but these same leadership organizations have to be attuned to finding the supports for small nonprofits that much of the governmental policy sector has bypassed in recent years.—Rick Cohen