The Navigators Grants: Nonprofits at the Forefront of Implementing the Affordable Care Act 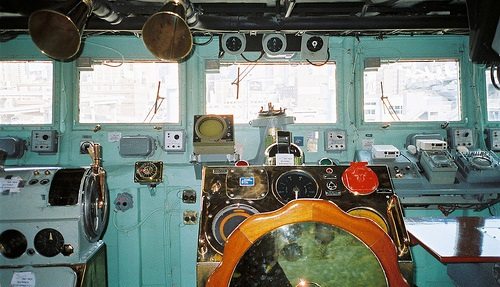 During this recent period of federal funding cutbacks, one of the biggest infusions of capital into the nonprofit sector is the $67 million in grants and contracts awarded by the U.S. Department of Health and Human Services to 105 organizations to help Americans enroll in health insurance through the federal and state insurance marketplaces or exchanges. This healthcare function is attracting nonprofits beyond those with specific healthcare missions. A quick review of the list of these Affordable Care Act “navigators” shows a wide range of participating nonprofits:

As in any list of many grantees, some choices might seem surprising. For example, the Structured Employment Economic Development Corporation—better known by its SEEDCO acronym—got $2,159,360 to be the lead of a consortium targeting Georgia and $1,216,013 for a similar effort in Tennessee. Given the embarrassing scandal of SEEDCO’s faking reports in New York City, and then going after the whistleblower who sacrificed his job and career with SEEDCO in order to tell the truth (see NPQ coverage here, here, here, here, here, and here), including a federal lawsuit aimed at SEEDCO for its fraudulent activities, a navigator grant to the organization is something of a shocker.

Nonetheless, there are dozens and dozens of very credible organizations receiving these grants to help consumers navigate the new health insurance marketplaces in 34 states. In addition, $150 million has already been made available to community health centers for enrollment assistance, and a variety of national organizations have signed up as “Champions for Coverage” to help get the word out, including several organizations that have been discussed on the NPQ website—the Community Action Partnership, Community Catalyst, the National Council of La Raza, Enroll America, the NAACP, the League of United Latin American Citizens (LULAC), the Service Employees International Union (SEIU), and the National Alliance to End Homelessness, among others.

The complexity of the structure and implementation of the Affordable Care Act, however, will challenge the nonprofit navigators, whose jobs theoretically begin as soon as the exchanges start up in October. For example, in California, a state whose exchange is widely acknowledged to be among the most developed and ready to operate, the state has delayed its in-state navigators program of “independent exchange ombudsmen” until June of 2014. In other states, Republican governors and legislatures are scouting around for monkey wrenches they can use to jam the works of the navigators’ operations. For example, a dozen or so states have established licensing exams for navigators and doubled the training time navigators will need in order to operate. Florida governor Rick Scott, a former healthcare executive, has raised questions about whether and how navigators will protect patients’ privacy regarding the information they collect. Louisiana governor Bobby Jindal wrote an op-ed calling on President Obama to “halt these lucrative grants to the ‘navigator’ program immediately,” challenging the adequacy of the training of navigators, problems with background checks in some states, and the possibility that some of the navigators might be “union organizers and community activists” or even “partisan Democrats.” In Congress, Representative Diane Black (R-TN) denounced the navigator awards to Planned Parenthood affiliates as “federal funding of abortion providers.”

Notwithstanding the partisan nature of Jindal’s critique, it is clear that there are questions about how well these lightly-trained navigators will do in making the choices on the health exchanges understandable to consumers who need to sign up for coverage. Forty-five days between announcing the grants and the time when the exchanges are supposed to be up and running is not a lot of lead-time to get the navigators program successfully underway. The shifting landscape of the Obama administration’s rollout and implementation of the Affordable Care Act adds another layer of complexity to the navigators’ jobs. Yet anyone who has ever tried to understand the coverage they get under their current health insurance knows the crucial role that navigators will be called on to play to help people without insurance understand their choices on the exchanges and make good decisions. If the Affordable Care Act is going to be a success, there is no doubt that the navigators program has to be a success.—Rick Cohen