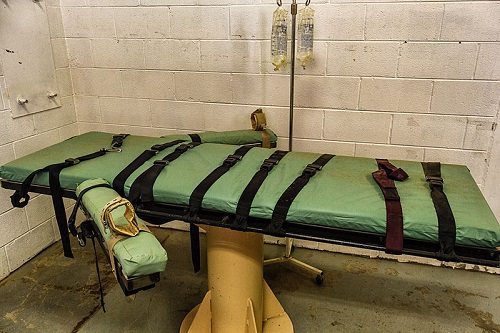 In a ruling yesterday, the Texas Department of Criminal Justice has been ordered to disclose the name of the entity supplying them with drugs used for lethal injections.

European pharmaceutical companies used to supply the department’s drugs, but they have instituted sales bans because they disapprove of the United States’ use of the death penalty. As the states have been running low on supplies, they have scrambled to try to get a pipeline, turning to lightly-regulated drug compounding companies to supply them. But lawyers have argued that drugs from compounding pharmacies can lack purity and potency and cause unreasonable suffering. This violates constitutional protections.

Apparently, there are a number of risks for suppliers, including threats from the public and the potential for suits, so some states, including Texas, have been trying to keep the names of suppliers secret.

Two death row prisoners who were due to be executed with a new batch of the lethal drug brought the suit. A similar suit in Oklahoma resulted in a Wednesday ruling that found that Oklahoma’s secrecy about its protocols for lethal injection was unconstitutional.—Ruth McCambridge