The Next Recycling Frontier: Prescription Drugs 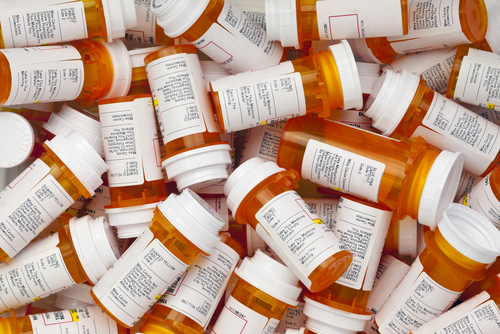 A 2012 study by the Commonwealth Fund entitled Insuring the Future discusses the link between poverty and healthcare coverage. It found, among many other things, that about one in four American adults, or about 50 million people, have neglected to fill a prescription due to cost. Many experience dangerous conditions due to their inability to afford these essential drugs. Thirty-eight states have laws allowing prescription drugs left over after a person dies or is otherwise unable to use the drugs to be provided to low-income people who cannot afford medicine. These programs cost a few thousand dollars, but recycle millions of dollars worth of lifesaving medications.

Tulsa County in Oklahoma began its drug-recycling program in September 2004. The state was one of the first to develop a program to capture unopened previously prescribed drugs from large institutions including nursing homes. It utilizes twenty-two retired doctors to travel to sixty-eight long-term care facilities collecting the medications for the county run pharmacy. The prescription drugs picked up are dispersed free of charge to low-income citizens of the county. Over the past eleven years the program has filed 172,149 prescriptions worth $16.8 million dollars. Incredibly, the cost of the program over the same period was less than $6,000.

In 1997, Georgia was the first state to create a prescription drug recycling program. In the eighteen years since that time, thirty-seven other states have created similar programs. These programs are lifelines for low-income residents, especially seniors. Seniors take an average of four to five medications a week, and one in five report cutting back on food, heat, or other necessities to afford their prescription drugs. Those that cut back on their medications, including those with cardiovascular disease, can experience serious conditions—for example, strokes or non-fatal heart attacks.

While some states and counties created their own programs, others utilize nonprofit organizations to deliver and provide the medications. SIRUM (Supporting Initiatives to Redistribute Unused Medicine), located in California, has a staff of five and a budget of less than $200,000. The nonprofit was started by three Stanford graduates in 2005; in 2014, they won the prestigious Grinnell prize for work related to social justice. SIRUM uses a patent-pending computer program to match 200 organizations with unused prescriptions to a dozen county-owned and federally-qualified health centers and clinics around the nation. The donating organizations pay nothing to access the program, letting them save the funds they once used to destroy the drugs. Recipient programs with means pay a membership fee equal to twenty-five percent of the value of the medications received. In the years since it opened, the program has expedited the transfer of $3.7 million worth of prescription drugs to 35,000 patients.

Lincoln-Glen, a nursing home in California, takes part in the program. Once a quarter, Deane Kirchner, the director of nursing, spends less than an hour logging and packaging the prescriptions for shipping. Throughout the year, the 50–75 bed facility typically donates about $6,000 in medications at a cost of $40. The recipient is the Santa Clara County Public Health Pharmacy, who distributes the prescriptions countywide based on need.

The largest state-run program is the Iowa Prescription Drug Corporation. In Iowa, the drugs come from the drug manufacturers and pharmacies themselves. They maintain prescription safety stocks to avoid shortfalls. About three percent of drugs worth 270 billion reach their expiration dates and are destroyed. The budget of the nonprofit organization’s program distributing the drugs is $500,000. In the eight years it has been in existence, it has delivered $13 million worth of drugs to 52,000 low-income patients.—Gayle Nelson