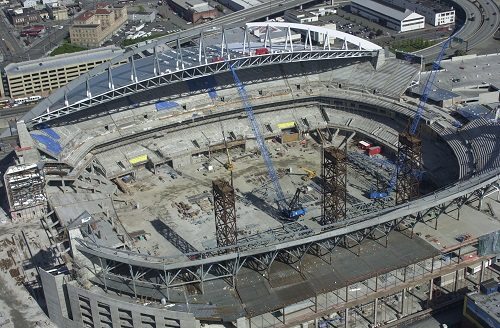 The NFL-as-nonprofit controversy continues to reverberate throughout the nation—and among fans of the violent, body-crushing sport. The petition challenging the NFL’s tax-exempt status garners support from fans as well as people who couldn’t care two whits about the New England Patriots, the New Orleans Saints, or the New York Giants.

Annually, the National Football League receives $250 million in membership dues from the 32 teams in the League. It earns tons of money—$9 billion annually—from network TV contracts, jersey sales, and other sources. It pays its top guy, Roger Goodell, $29.4 million a year. But it is a tax exempt 501(c)(6) trade association promoting the interests of professional football—except that those interests are only in support of the 32 NFL franchised member teams, themselves taxable entities.

That’s the rub. The National Basketball Association has eschewed tax-exempt status. Major League Baseball, for example, dropped its (c)(6) status in 2007. The U.S. Tennis Association is a (c)(6) trade association, but it promotes the entire sport, ranging from the pros who play professional tournaments to the amateurs who sign up in their communities for leagues and matches. That’s what it means to be a trade association for an entire sport, beyond a limited number of predetermined beneficiaries.

The petition on change.org started by Saints fan Lynda Woolard challenging the NFL’s tax exempt status has garnered more than 200,000 signatures. Is it a big economic thing? In the broad scope of federal taxation, capturing whatever might be taxed from the NFL’s goodies doesn’t add up to much. It may be that Woolard’s petition, like the argument of Senator Tom Coburn (R-OK), who is also challenging the NFL’s (and the National Hockey League’s) 501(c)(6) tax exempt status, may be as much about putting some order to the meaning of the Internal Revenue Code’s 501(c) categories as it is about finding money to help fill holes in the federal budget.—Rick Cohen