The Nonprofit Significance of U.S. Foreign Assistance in the USAID FY2014 Budget 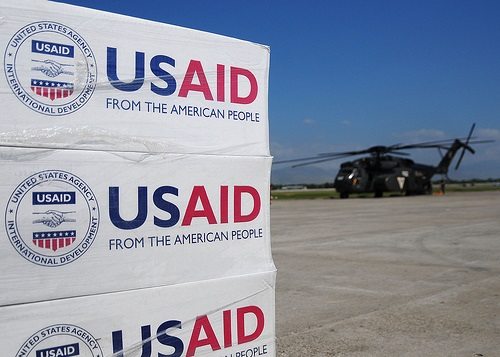 In their focus on the charitable deduction, the nonprofit sector has let a number of important nonprofit-identified elements of the federal budget slide. Left to fend for itself is the USAID foreign aid budget. Some of the most laudable elements of U.S. foreign policy, such as it is, are the programs delivered by NGOs to help developing countries deal with health and food issues and assist transitional countries in making progress toward democracy.

Other countries put their foreign aid budgets and priorities—think DFID, the USAID counterpart in the U.K.—front and center in their nonprofit advocacy agendas. That display of commitment to foreign aid says something about those nations’ core national values. In the United States, nonprofit sector discussions of foreign aid tend to be more low-key and are not typically in the foreground for national nonprofit leadership organizations. Somehow, the generally superb performance of international aid NGOs in the U.S. Gulf Coast, applying their overseas skills to mobilize faster and smarter after Hurricane Katrina than many domestic nonprofits dispatched to the region, doesn’t register. It should. U.S. foreign assistance should be a top-priority item for nonprofit sector advocates as they delve into the morass of the FY 2014 budget. Here’s why.

The twelve accounts that comprise the humanitarian and development assistance budget of USAID will be $20.4 billion if the President’s FY2014 budget is approved as-is. Out of a $3.77 trillion dollar budget, foreign assistance of this sort would be slightly more than 0.5 percent of the total budget of the federal government. Together, the Department of State and USAID would get a total of $47.8 billion, down from $51.1 billion in the FY2013 Continuing Resolution, again a piddling share of the total budget, roughly 1.3 percent.

To the President’s credit, there are some areas of increased funding in foreign aid and some notable areas of cuts:

The Millennium Challenge Corporation is slated to get $898.2 million if President Obama’s budget is approved. Within that number, $676.2 million is slated for MCC compacts with Liberia, Morocco, Niger, Sierra Leone, and Tanzania, but the MCC staff acknowledge that total isn’t enough to fund all five in addition to Benin, El Salvador, Ghana and Georgia, all in the midst of developing their compacts, and at least three of them slated to suffer cuts from sequestration, notwithstanding whatever gets approved in the FY2014 budget.

Consider offers of assistance to the world’s poorest countries, which face challenges with food, economic development, malaria, HIV/AIDS, and democracy. How is it that U.S. foreign aid gets such a negative reaction from the American public? Voters typically rank humanitarian and development aid near the top as candidates for budget cuts, and they assume that it takes up a vastly greater proportion of the federal budget than it does.

Despite its diverse population, many Americans unfortunately tend toward xenophobia and a certain lack of compassion for the problems of poor people in other lands. It is evident in the hostility of many toward immigrants, despite our roots as a nation of immigrants.  The lack of compassion toward the poor in other countries is in a way  not dissimilar from the less-than-overwhelming support of many Americans for the poor in their own country. How else can one explain the inability of major political candidates to utter the word “poverty” during the campaigns and, even now, the continuing reluctance to address issues that don’t easily fit the notion of “middle class.” This xenophobia showed its face in recent Congressional hearings on the USAID budget, with Congressman Dana Rohrabacher (R-CA) suggesting that aid should only go to nations without hostility toward the U.S., a hard criterion for any nation to meet, and Congressman Ted Poe (R-TX) questioning federal witnesses as to why taxpayers should support building a school in Pakistan rather than finance educational improvements in the U.S.

In an interdependent world, it is shocking that lawmakers can’t see that foreign aid wins the U.S. support in nations that otherwise might have plenty of reasons to be less friendly. Nonetheless, there are more specific issues challenging public and nonprofit support for international aid.

It is in some ways shocking that the U.S. lags behind nations in great economic difficulty, such as Spain, Italy, Portugal, Ireland, and even Greece. Other charts of OECD countries put Greece and Italy below the U.S., but the point is clear: As a government, in the public arena where decisions are made jointly through the democratic process, the U.S. is not the most generous nation in the world. People will suggest that the grantmaking of individual charities and private foundations should be added to the U.S. total foreign aid as demonstration of a societal commitment to humanitarian and development assistance, and there is no question that that is valuable. However, those decisions regarding international giving are not the equivalent of development and humanitarian aid decided in the public arena and delivered on the part of our nation, not simply the motivations of individual donors and philanthropists.

Where is the nonprofit sector on the U.S. humanitarian and development aid portion of the U.S. budget? There’s no question that the President’s budget is going to be subject to Congressional assaults from legislators who can’t see the value of this realm of government activity or who wish to demagogue to their constituents. But there is huge value in the U.S. development budget, much of which is carried out through NGOs. In an interconnected, interdependent world, the U.S. cannot isolate itself and imagine that the rest of the world can simply sink or swim without us. In their advocacy for the nonprofit-y aspects of the federal budget, nonprofit sector leaders should be standing up for humanitarian and development aid domestically and overseas.