The “People’s Opera” May Rise Again, But It’s a Waiting Game for Buyers 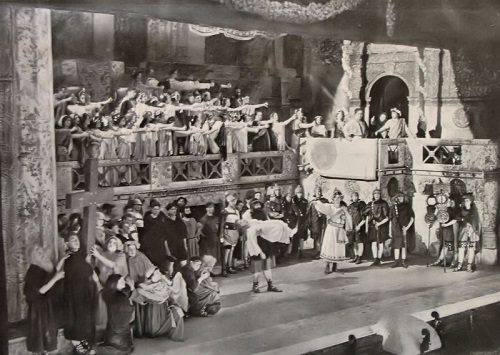 Readers will remember our coverage of the tortured closing of the New York City Opera last year. Some continue to be tortured by the aftermath.

Three months after it declared itself belly up, businessman Gene Kaufman offered to buy and save the institution dubbed “the People’s Opera,” but he is now claiming that it has been six months and the opera’s board is “stuck in neutral.” He feels that the longer it does not stage a production, the harder it will be to restart, and he wants the court to appoint an independent trustee to move the process along.

The spark for this was evidently in the opera board’s recent request for a third three-month extension of the time allotted for determining the company’s future. The board says it has three bids on the opera.

Nicole Stefanelli, an attorney representing the opera, said the extension request is not at all unusual and that the opera’s board is dealing with some complicated legal issues.—Ruth McCambridge

More about: Arts and CultureBoard DevelopmentFinancial ManagementOrganizational culture and its drivers