The State of Black Museums—Part I 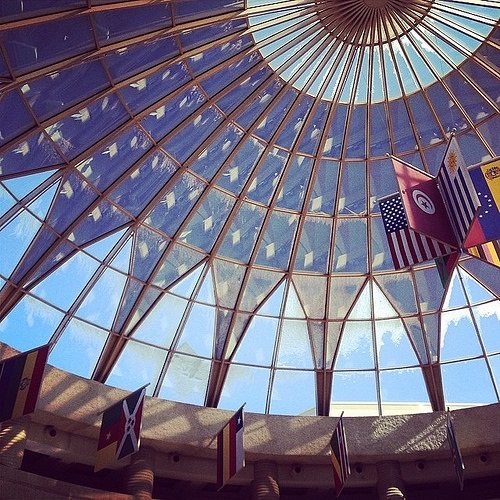 At 135,000 sq ft, the Charles H. Wright Museum of African American History, located in Detroit, is the largest museum devoted to African-American history and culture in the U.S. The central exhibit of the Wright is the 22,000 sq ft, 20-gallery exhibit, “And Still We Rise: Our Journey Through African American History and Culture,” covering the entirety of black history in North America, from the Middle Passage across the Atlantic Ocean as slaves to the achievement of emancipation and the progress of the Civil Rights era. Truly distinctive for taking on the scope and breadth of race as a factor in U.S. history, the Wright is by most accounts a valued asset not just to Southeastern Michigan, but for everyone who recognizes the importance of understanding how race was and still is a critical factor in our national psyche.

When the “Grand Bargain” of several Michigan and national foundations took shape to protect the Detroit Institute of Art from becoming a bargaining chip in the Detroit bankruptcy, some observers wondered whether foundations might also step up for the Wright, which—in a building owned by the city—had seen its financial support from the municipal government tumble in recent years, its operating budget shrink, and its staffing significantly reduced. In the nation’s largest African-American majority city, with the attention that major foundations have generated over the years, the Wright has nonetheless benefitted from philanthropic largesse, not just from giving from the Community Foundation for Southeast Michigan and the foundation arms of major Detroit-area corporations such as Ford Motor, General Motors, and Comerica, but from major national foundations—the Ford Foundation (grants of $2 million in 2007, $690,000 in 2013) and the Kresge Foundation (over $3 million between 2004 and 2013), just to name two.

But some $21,000,000 in foundation grantmaking to the Wright over a decade doesn’t quite compare to the commitments of 13 local and national foundations for as much as $370 million to prevent the DIA’s collection from being sold off to help the city pay for pension fund obligations. That multi-foundation commitment is on top of a special 10-year millage paid by Southeastern Michigan property owners that generates $23 million of the DIA’s $31 million annual budget.

The Detroit bankruptcy is a nearly unique situation, threatening the piecemeal disposition of the DIA’s assets. There doesn’t seem to be anything comparable that would present itself to the Wright to use its collection for the city’s hard-pressed pension funds, but the response of observers, particularly Rochelle Riley of the Detroit Free Press, questioning what might be done to help the Wright (see “Wright museum needs financial footing in Detroit bankruptcy plan” and “Who will step up to inspire the Wright museum’s salvation?”), leads to concerns about how well African-American museums are faring in the nation’s philanthropic and charitable worlds—and in government.

Challenges in the African-American Museum Landscape

Charleston, South Carolina was the port city where as many as 40 percent of all black slaves entered the pre-Civil War United States. Mayor Joe Riley is a champion for the proposed International African-American Museum, a 43,500 sq ft facility to cost $75 million. Riley plans to get $25 million from Charleston city and county sources, $25 million from the state legislature, and $25 million from private sources, with an expectation of starting construction in January of 2016. This year, he asked the state legislature for $12.5 million, anticipating a second $12.5 million next year; the legislature approved only $5 million, but that was significant improvement over the SC House’s initial authorization of only $250,000. Mayor Riley’s next strategy is to approach former president Bill Clinton.

From a brief review of self-identified African-American museums, it is clear that there are many more than most people realize. Most of them are relatively small, and several struggle—like many institutions of arts and culture—to find their way to sustainable financial futures. They also often appear to be remarkable community assets with important and widely recognized exhibitions and collections: