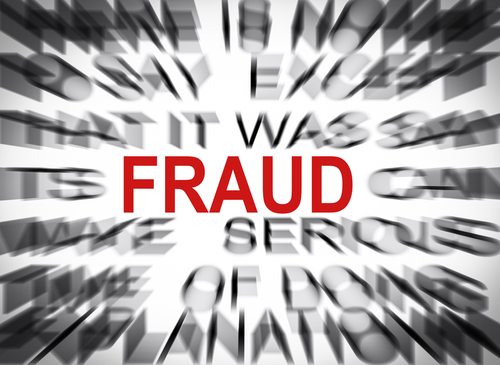 There is a scandal lurking in the database of asset diversions reported by the Washington Post, but it isn’t what many people think. The database covering some 1,000 tax-exempt entities that reported diversions over a four-year period of more than five percent of their asset values doesn’t add up to an indictment of the nonprofit sector for shady operations and mismanagement. Not at all. But it does add up to some important themes that Congress should investigate to protect nonprofits from being victimized by white-collar criminals.

The real scandal exposed by the Washington Post on October 26th is that 501(c)(3) public charities and nonprofits of all sorts—including, by the way, private foundations—have been ripped off by all sorts of investment scams. As writers for the Nonprofit Quarterly have often written, an investment scheme that seems too good to be true is almost always too good to be true. But this is out of hand. This isn’t just nonprofits falling for the imaginary returns of Bernie Madoff, where nonprofit, for-profit, and individual investors operated for years on Madoff’s fraudulent estimates of the values of their holdings, leaving them shocked not only that they didn’t have investments worth anything near what Madoff told them, but that the returns on their investments were nonexistent.

Throughout the Washington Post diversions database one finds nonprofit after nonprofit ripped off by investment advisors of all sorts. These firms were registered and licensed brokers, with the Good Housekeeping seal of approval from necessary state and federal regulators like the Financial Industry Regulatory Authority. Hopefully, nonprofits checked out their choices of investment advisors on the various computerized databases, such as the Central Registration Depository or FINRA’s BrokerCheck website, but lurking in the lists are brokers whose felonious activities were caught only after the fact, after a nonprofit had a trusted broker walk off with investments.

Six Problems: Third in a Series on the WaPo Nonprofit “Asset Diversion” Database

Take, for example, the 3M Employees Welfare Benefits Association Trust III Agreement, a 501(c)(9) that finances the cost of providing life insurance benefits to retired 3M employees. In early 2009, the organization learned that the executives of the WG Trading Company, in which the trust held a limited partnership interest, were facing criminal and civil investigations by the Securities and Exchange Commission, the Commodities Futures Trading Commission, and others. As was reported a year later, one of the managers of WG, one Paul Greenwood, pled guilty to securities fraud, admitting to having used, along with other executives, WG as a personal checking account and replenishing the stolen funds on occasion from other investors’ accounts. In other words, a Ponzi scheme. The indictment was for having defrauded investors of $554 million, though prosecutors claimed that investors lost between $800 and $900 million. WG’s targets? According to the SEC, “large institutional investors, including several public pension funds and educational institutions and endowments.” The Trust reported the diversion to be worth almost $229,000.

The Houston Athletic Association reported a diversion of almost $2.2 million in 2011, which it explained was due to investments in securities held by the J. David Group. The investments, it learned, were fraudulent and nonexistent. Not knowing whether anything might be recouped, it wrote down the value of the investment to zero. The J. David Group was a Houston-based investment firm founded by Joel David Salinas. Salinas, who committed suicide before going to trial, and his associate, Brian Bjork, were charged by the SEC with having raised $39 million from investors who thought they were investing in high-yield corporate bonds with annual yields as high as 9 percent which either didn’t exist or J. David never acquired. Another Salinas/Bjork scheme raised an addition $13 million in other securities and complicated transactions as minimally valuable as the bond scheme.

The Workers Compensation Reinsurance Association and three other nonprofits—including the Minneapolis Foundation—sued Wells Fargo for having breached its fiduciary responsibilities by investing or lending part of the nonprofits’ funds in dubious investment vehicles. Despite a lower court ruling against the bank, Wells appealed and lost, with the courts ordering Wells to pay damages and equitable relief.

In 2009, Westridge Capital Management was charged with $500 million in a fraudulent investment scheme, capturing investment assets of the University of Pittsburgh, Carnegie Mellon, and other institutional investors. Although Westridge’s assets were frozen for potential repayment of investors during the case, the University of Pittsburgh wrote down the value of its holdings in Westridge, roughly $34.9 million, by half. Pitt and Carnegie Mellon didn’t simply stumble onto Westridge. The schools were advised to turn to Westridge by Wilshire Associates, a California-based investment consulting firm that claims to advise 600 organizations in 20 countries controlling $12.5 trillion in assets.