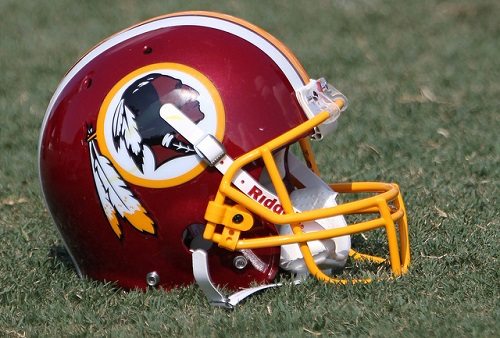 Daniel Snyder, the majority owner of the Washington, D.C. National Football League franchise, announced that he is creating the “Washington Redskins Original Americans Foundation.” Snyder has been under consistent criticism for his dead-set opposition to changing the name of the team despite vigorous and sustained opposition from some Native American leaders and even members of Congress, though he’s received the surprising backing of NFL Commissioner Roger Goodell. Now, after four months of research into Native American attitudes about the name of the Washington team, Snyder has announced the creation of the Washington Redskins Original Americans Foundation. He said, in a letter posted on the team’s website, “The more I’ve heard, the more I’ve learned, and the more I saw, the more resolved I became about helping to address the challenges that plague the Native American community.”

Although he seemed to miss the chance to visit with Native Americans who didn’t live on reservations, Snyder seems to have stumbled into near-unanimous approval of his NFL team’s racially controversial name. “Most—by overwhelming majorities—find our name to be rooted in pride for our shared heritage and values,” Snyder’s letter said. Leaving aside whether Snyder’s visits might have been a bit choreographed to sidestep potential critics (even former Washington tight end Rick “Doc” Walker expressed misgivings with an announcement that suggested Snyder discovered unanimous support for the name among the tribes he visited), the concern here is about Snyder’s creation of a foundation in the wake of the name controversy. Here are three serious qualms about sudden Snyder’s philanthropic urge:

A philanthropic platform for distortion

It’s not clear how exactly he was hired, but Gary Edwards, the new CEO of the foundation, appeared on Washington’s sports talk radio station WTEM (the flagship station for the team, also owned by Snyder) to explain the foundation’s creation to Kevin Sheehan on Inside the Locker Room. Edwards, who claims he was introduced to Snyder by a neighbor of Bruce Allen, the team’s General Manager, last fall, offered an interesting explanation of the background of the disputed name of the team:

“Well, I think the majority, the large majority of the Native American community takes real honor and pride in the name ‘Redskins,’ and there’s a reason for that. You see a lot of people trying to change history and to change the meaning of that particular word, but for us, as Indians, we honor our elders. And our elders gave us that name of ‘Redskins’ when they were negotiating with the government…there were hundreds of tribes in the continental United States and each one had their own individual name like Winnebago, like Omaha…. Several different tribes, when they came to negotiate with the government, in order to show more power and unity, the tribal leaders looked at their skin as being red, proud to be red, called themselves ‘Redskins’ when they were dealing with the government, which they called ‘whiteskins’…and that’s how it was used as the beginning of it, and it is an honorable thing given to us by our forefathers…. A few people making a lot of noise should not be able to cause me to not honor my history or other Indians to not honor their history.”

The WTEM follow-up to this peroration was Sheehan’s asking how listeners might “get involved to help support the charity.” It wasn’t a tough interview for Edwards, whose explanation was never challenged with any of the lexicographical research of the origin and use of the term, such as this balanced and nuanced review by David Skinner in Slate late last year or this earlier analysis from the Washington Post. As the Post pointed out, citing University of Connecticut historian Nancy Shoemaker, “even if the Indians were the first to use it, the origin has no relationship to later use. What happened at the beginning doesn’t justify it today.” But with a foundation as a base, Snyder’s depoliticized view of the name of his NFL franchise now gets a philanthropic, 501(c) platform for the propagation of a positive, happy interpretation of the team’s name, which others view as offensive.

WTEM reporter and host Steve Czaban has felt Dan Snyder’s wrath before. In 2006, Czaban conducted a Comcast SportsNet TV interview with then-quarterback Marc Brunell, twice asking Brunell if he thought his poor performance on the field warranted his being benched. Brunell complained to Snyder, Snyder complained to CSN, and Czaban was suspended for three weeks for having used an interview to “confuse and embarrass a guest.” Gary Edwards certainly wasn’t going to be confused by a hard question during his interview on Inside the Locker Room, but Czaban, whose show, The Drive (co-hosted with former tight end Chris Cooley) immediately followed, added nary a critical comment. In fact, Cooley lauded the announcement and suggested an important question wasn’t whether the foundation was a good idea, but what the news could have been (such as inviting Cooley back to the team). Long a defender of the team’s name, Czaban added something to the effect that, with the creation of the foundation, to “go