To Address the Digital Divide, We Must Go Beyond the Headlines 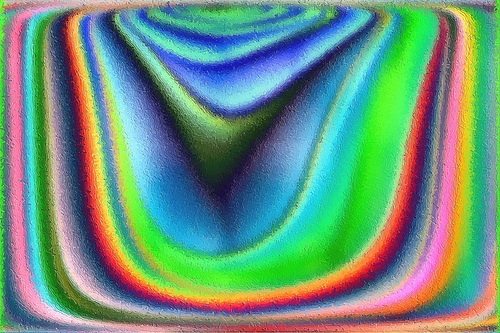 VOICES FROM THE FIELD

The Pew Internet and American Life Project recently released a comprehensive report on the evolution of the digital divide in the U.S. over the past five years. Two findings from the report are making headlines in the popular press. One much-reported finding suggests that one in five people don’t use the Internet—primarily because they are not interested. The other pushes the argument that smartphones are narrowing the Digital Divide. Working for ZeroDivide, a San Francisco-based nonprofit organization with a history of helping low income, minority, and other underserved communities leverage technology for social good, I think there’s a big piece of the story missing. While I believe the survey findings are factually accurate, they are not altogether illuminating. The data—and particularly the resulting headlines—could be misconstrued to justify misguided nonprofit and philanthropic strategic decisions related to technology, or worse, to provide substantiation for failing U.S. technology policies. By digging into the Pew data and looking further afield at other research, a more comprehensive image of the digital divide emerges—a picture that more closely aligns with the experience of my colleagues and I.

Misleading Headline #1: One in Five People Don’t Use the Internet—Primarily Because They Are Just Not Interested

The recently released Pew report, which draws, in part, on surveys conducted in May of 2010, found that nearly half of those who report that they don’t use the Internet say they don’t go online because they don’t think the Internet is relevant to them. But our experience shows that even those who say that they don’t see the relevance of technology in their lives do understand the potential value that technology provides and see it as a critical pathway toward greater educational and career opportunities. This understanding is substantiated by a more in-depth study published in March 2010 by the Federal Communications Commission (FCC) and the Social Science Research Council (SSRC).

Based on prior Pew surveys, the FCC/SSRC researchers expected to find a large group of people who were not interested in the Internet. But they found no such group, even among respondents with profound histories of marginalization: the homeless, people with long-term disabilities, people recently released from lengthy prison sentences, non-English speakers from new immigrant communities, and residents of a rural community without electricity or running water. No one needed to be convinced of the importance of Internet use or of the value of broadband adoption in the home. Indeed, most respondents in the FCC/SSRC study viewed broadband connectivity to be of paramount importance for accessing jobs, education and government services.

Putting the two studies together, perhaps the new Pew study provides an outline of the issue, while the FCC/SSRC points to some important underlying details. It’s easy to envision a scenario where a person might not see the relevance of technology in his or her life at the moment, but that same person might also understand the value that technology could potentially provide. It’s a subtle but important distinction. In the scenario suggested by the new Pew study, the U.S. has reached a saturation point of potential technological adopters; in this case, affordable broadband, digital literacy training programs, and similar interventions may have little or no effect in overall adoption rates. In the scenario suggested by the FCC/SSRC study, large segments of the population know the value of technology, but see it as irrelevant to their current situation. That is, these people view technology as a barrier and are being left out of the digital economy because of a lack of skills, access, and affordability. This latter scenario reflects our experience.

Demographic groups that have traditionally been on the disconnected side of the digital divide in terms of basic Internet access are using wireless connections and mobile devices to go online, according to the Pew findings. African American and English-speaking Latinos are as likely as whites to own any sort of mobile phone, and are more likely to use their phones for a wider range of activities. Technology can be a powerful tool for improving job readiness, educational attainment, civic participation, and community health. But you need the right tool for the right job, and typically, that tool is a computer with broadband connectivity. With a computer, a person can complete homework, apply for college, search for jobs, complete online job applications, and access government services like tax forms and health information.

While smartphones are an important pathway toward digital connectivity, they should not be viewed as a surrogate for digital inclusion overall. In fact, smartphones could actually be a red herring that makes it appear as though we’re closing the digital divide when in fact we’re exacerbating it. Computers for the educated, affluent mainstream. Smartphones for underserved, less educated minority groups. Yes, more people are using smartphones, but a phone—even a smartphone—is a poor substitute for a computer with broadband connectivity in many instances.

Every day, I encounter amazing organizations that are using technology to transform their communities. These nonprofits serve low income communities, people of color, immigrant communities, people with disabilities—in other words, people who generally make up the bulk of technological non-adopters. Despite some modest gains, traditionally disenfranchised communities are disenfranchised in the digital world as well. Given the opportunity, my experience is that most people on the disconnected side of the digital divide who could benefit most from technology would actually embrace technology. And technology should always be viewed as a means toward social good and not an end. At its essence, the digital divide is really just the technological manifestation of other racial, cultural, educational, geographic, and socio-economic divides, and addressing it in a meaningful way will require a comprehensive approach toward overcoming these individual and community barriers.

More about: Featured ContentVoices from the Field