To Collect on Bills, Some Nonprofit Nursing Homes Seize Control of Residents 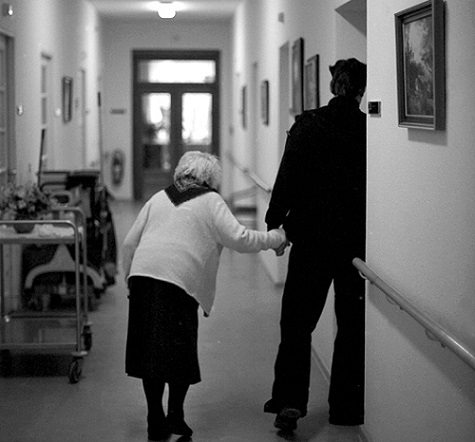 On the heels of the scandal about nonprofit hospitals’ aggressive collections practices, which can destroy the lives of poor patients, comes this story about nonprofit nursing homes that seize the patients themselves in an effort to collect their bills. We hope that readers will help us call this practice to the attention of legislators concerned with hospital collections.

Ninety-year-old Lillian Palermo is a resident at the nonprofit Mary Manning Walsh Nursing Home. Recently, after protesting about changes in copayments and the quality of care, her husband, Dino Palermo, who visits daily and is described as devoted, found a six-page petition for guardianship waiting on her bed. The petition asked the court to give a stranger legal power over Mrs. Palermo and her finances.

Researchers at Hunter College found that this type of action has become routine. In a random sample of 700 guardianship cases filed over the last ten years in Manhattan, 12 percent were found to have been brought by nursing homes. Lawyers familiar with the guardianship process say that these petitions are primarily used by nursing homes as a means of bill collection.

“It’s a strategic move to intimidate,” said Ginalisa Monterroso, who left her employment at Mary Manning Walsh in 2012. “Nursing homes do it just to bring money.” She called the practice cruel.

Attorney Brett D. Nussbaum, who represents a number of nursing homes including Mary Manning Walsh, said, “The Palermo case is no different than any other nursing home bill that they had difficulty collecting.” Nussbaum says he has brought 5,000 guardianship cases in his 21 years of practice. “When you have families that do not cooperate and an incapacitated person, guardianship is a legitimate means to get the nursing home paid.”

Though many judges do approve such petitions, Alexander W. Hunter, Jr., a longtime State Supreme Court justice in the Bronx and Manhattan, has strong opinions about the practice. In response to two guardianship cases in 2006 and 2007, Justice Hunter required nursing homes bringing such actions to bear the legal costs, ruling that these kinds of petitions to collect funds was not part of the legislature’s intent when it enacted Article 81 of the Mental Hygiene Law. In a case involving the Hebrew Home for the Aged last year, Justice Hunter did appoint a guardian, but he directed the guardian to investigate whether there was reason to refer the case for criminal prosecution for financial exploitation.

Here is the way the case is described by the New York Times:

“The decision describes a 94-year-old resident with a bank balance of $240,000 who had been unable to go home after rehabilitative treatment because of a fire in her co-op apartment; her only regular visitors were real estate agents who wanted her to sell. After Hebrew Home’s own doctor evaluated her as incapable of making financial decisions, the decision says, the nursing home collected a $50,000 check from her; it sued her when she refused to continue writing checks, then filed for guardianship.”

In the Justice’s decision, he wrote:

“It would be an understatement to declare that this court is outraged by the behavior exhibited by the interested parties—parties who were supposed to protect the person, but who have all unabashedly demonstrated through their actions in connection with the person that they are only interested in getting paid.”