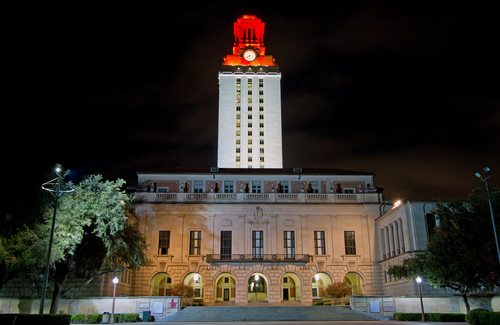 The voters of Travis County, Texas have approved a five cent property tax increase to help finance a plan to redesign the region’s approach to healthcare. The redesign will include a research-intensive medical school affiliated with the University of Texas at Austin (UT) planned to open in 2015 or 2016. The tax will generate $54 million each year. Texas State Sen. Kirk Watson (D-Austin), who spearheaded the campaign for the ballot initiative, says that the initiative has moved forward successfully because there is such a broad coalition of organizations involved in it.

Central Health is one of those groups. It was founded by Travis County in 2004 to provide a healthcare safety net for the region’s underserved populations. Patricia Young Brown, its president, discusses the future work of the coalition: “We all have our own little to-do lists.” It is Central Health’s activities that will be paid for by the tax – not the new buildings. Of the $54 million $35 million will be set aside for medical school patient services.

Central Health will be the majority stakeholder of the newly established Community Care Collaborative, which is designed to take the work forward. Seton Healthcare Family, the region’s largest hospital system is also a major key to the collaboration. It has committed $250 million to build the teaching hospital but the hospital is to be sited on land owned by Central Health.

The tax revenue is expected to attract up to an additional $76 million in federal matching money, which is aimed at improving medical service delivery for needy patients.

Greg Hartman, a Seton executive says that the moment is historic. “We are going to be able to create a brand-new medical school and create this new infrastructure right as health care is changing dramatically.”

Seton has committed $250 million for the construction of a teaching hospital, which it will own and run, though Central Health will own the land beneath it. Hartman said his staff was finalizing its presentation for Seton’s parent company, Ascension Health, seeking final approval.

But all that is small outlays next to the cost of the medical school including academic and medical research space, which will be financed by U.T.-Austin. The estimated cost for this is $4.1 billion over 12 years. Central Health will cover about 10 percent, and Seton is expected to cover nearly half and the rest will come largely from U.T.-Austin.

To help finance this, the University of Texas System Board of approved a $25 million increase in its payout to the university from its endowment to help pay for the school and it also committed $5 million annually over eight years for the recruitment of faculty members.—Ruth McCambridge

CORRECTION: An earlier version of this article stated that the Travis County tax increase was five percent rather than five cents. NPQ regrets the error.