Toward Transfeminism: Moving Beyond Inclusion 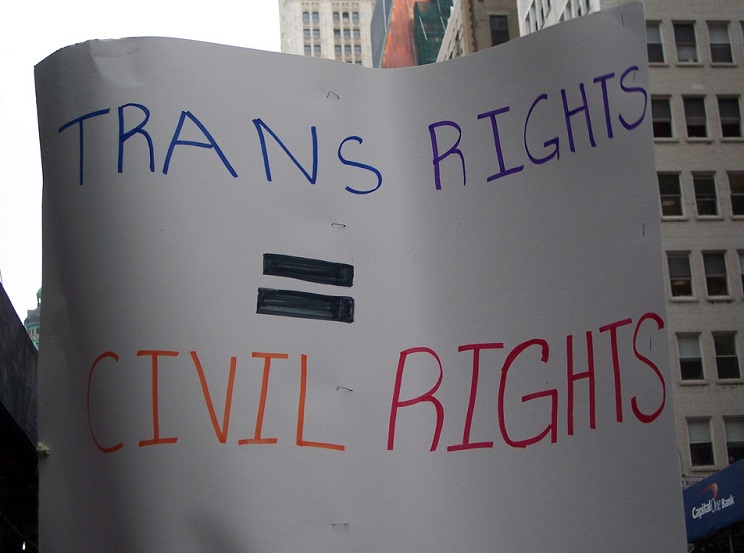 This piece is part of our ongoing Equity, Diversity, and Inclusion (EDI) Project created to spotlight millennials’ voices and thoughts on diversity and justice. We urge you to read how this project came together in collaboration between NPQ and the Young Nonprofit Professionals Network and about the ideology behind this series. We intend to publish another 21 pieces in the upcoming months. Readers will be able to subscribe to an RSS feed to follow articles as they are published, approximately every two weeks. NPQ and YNPN will be using the hashtag #EDISeries, so post about the series along with us.

Public conversation about transgender people and their rights has come a long way. A quick look at television, mainstream magazines, and social media reveals the huge cultural shift that is taking place. According to Amazon, Transparent was the most binge-watched television series in its Prime Instant Video history. People around the country—straight, LGBTQI, and others—cheered Caitlyn Jenner after her big splash in Vanity Fair, and educated those slinging hate speech her way; and the world has made room for Laverne Cox of Orange Is the New Black and writer and transgender rights activist Janet Mock to be recognized as the fierce and outspoken role models they are.

Yet, when activist Jennicet Gutiérrez raised her voice at the White House in June 2015, demanding that President Obama end the deportations of trans women and address the disproportionate violence inflicted upon them in immigration detention centers, her action was met with animosity. Jennicet was escorted out of the room to a chorus of shushing and booing from LGBT rights advocates, along with President Obama’s clear words: “You’re in my house” and “Shame on ya.”

How can we reconcile the mainstream media celebration of trans identity with the stark reality of violence and injustice that trans women of color, in particular, continue to face today? Has much changed since 1973, when Sylvia Rivera faced intense disrespect at a New York City Pride rally in Washington Square Park? Archival footage shows a young Sylvia standing onstage, pleading to her gay and lesbian brothers and sisters to take political action on behalf of trans people, amid booing and cursing from the crowd. She was able to get out her call to action in the end, and even inspired the crowd to chant “gay power!” along with her, but not before being almost drowned out by a hostile group reminiscent of the one that tried to shame Gutiérrez over forty years later.

Today, the lived realities of low-income and trans people of color remain trapped in the cycles of poverty and violence that trailblazer activists Sylvia Rivera and Marsha P. Johnson fought so hard to end in the 1960s and 1970s. What can we still learn today from Sylvia, Marsha, and the trans women of color who fought alongside them toward uprooting the violence, police profiling, racism, homelessness, and poverty they experienced firsthand? We must ask ourselves, throughout history and up to the present day, who is lifted up in national attention to trans people? Who is furtively erased from the conversation?

Trans inclusion is not as simple as letting go of hurtful stereotypes. It is not as easy as featurin