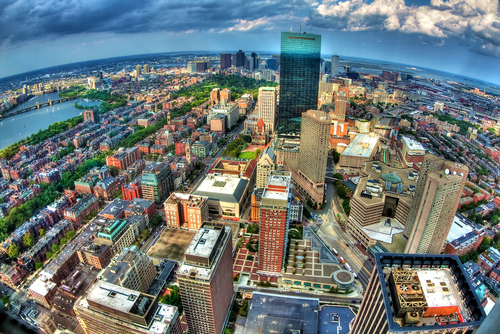 A new study by the Federal Reserve Bank of Boston addresses “The Color of Wealth in Boston” and its findings are shocking. Below is one of the main findings:

The study was based on an in-depth survey administered to 403 households in the Boston metro area. The report goes into some detail about types of assets and liabilities by racial groups, pointing out the historical context of wealth disparities as well as the impact that such disparities will have on the future of the city

Another recent study, this one from the Brookings Institution, indicates that Boston is third in the list of cities with the highest level of income inequality, after Atlanta and San Francisco. The following charts show the most equal and unequal cities in the country: 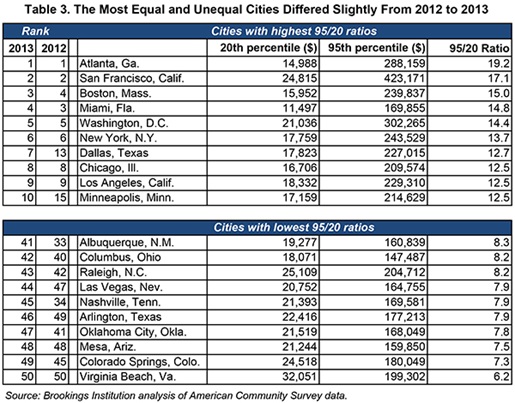