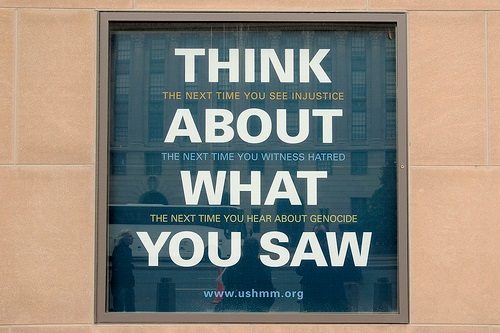 William Levine learned of the Holocaust during World War II while a student at the Yeshiva of Flatbush in New York City. He could hardly believe such violence of the highest magnitude was true rather than apocryphal. With his $25 million pledge on Wednesday, December 3rd, to the United States Holocaust Memorial Museum in Washington, D.C., the billionaire real estate investor intends to ensure that the nation and the world bears perpetual and renewed witness to the Shoah.

In honor of his gift, the largest in the museum’s history, the museum’s National Institute for Holocaust Education was renamed the Levine Institute. The money will afford the museum the opportunity to reach a larger audience at home and internationally, with a special emphasis on creating awareness of the Holocaust and its legacy among youth everywhere. The gift comes in the midst of a transformative $540 million campaign to bolster a wide range of programs and spaces and boost the museum’s endowment, with a focus on harnessing the power of digital technologies and the Internet to modernize their communication and teaching methods.

Levine has been a champion and leader for the Holocaust Museum for many years, and was chosen by President George W. Bush as a presidential appointment to the Governing Council in 2007. He has also served on the Executive Committee and at one point chaired the Finance Committee. He currently serves as co-chair of the National Campaign Committee and is a member of the Academic Committee. Levine unreservedly expresses his commitment to the nation’s premiere institution dedicated to Holocaust awareness, stating, “Even today it seems unthinkable, and that’s why education is so important. When the survivors and eyewitnesses are gone, it will become even more important. It’s an honor to support the museum in this way—an incredible institution in a class by itself.”

Levine and other generous benefactors, and perhaps thousands of people who contribute what they can with much less means, understand that the museum may never succeed in eradicating anti-Semitism. Museum Director Sara Bloomfield eloquently said as much when voicing appreciation of Levine’s seminal gift:

“The Holocaust is receding in time and yet its lessons have never been more relevant and urgent than they are today, as we witness rising anti-Semitism, hatred, and extremism. Complacency is not an option, and thanks to Bill Levine’s leadership and generosity, we can tackle the future with a very ambitious vision of reaching a global audience.”

The museum is pushed up against a rising tide. According to a recent global poll of more than 53,000 people by the Anti-Defamation League, a full 54 percent of respondents had never heard of the Holocaust. About a third of those who had heard of the Shoah believe its scope has been exaggerated or that it is a hoax or myth. And then there is the bizarre and dangerous world of Holocaust denial. The USHMM itself has changed tack and no longer seeks to ignore deniers; according to Scott Darnell, in his Masters thesis submitted in 2010 at Harvard’s Kennedy School of Government, based on telephone interviews with Aleisa Fishman and Rebekah Sobel, both affiliated with the museum, “The global increase in the visibility of Holocaust denial and the greater accessibility of denial on the Internet has led the USHMM to reconsider its approach. The Museum has begun to confront Holocaust denial more publicly and hopes to help other individuals and organizations address it in their own communities.”

“Never forget” is a common refrain embodying the spirit of the museum. Holocaust survivor and Nobel laureate Elie Wiesel has said of the Holocaust, “If we forget, the dead will be killed a second time.” The corollary to this truth, also embodied in the museum’s mission, is that, given that that half the world has not heard of the Holocaust to begin with, one cannot forget what one never learned in the first place. The museum thus preserves the flame and shines a light.—Louis Altman