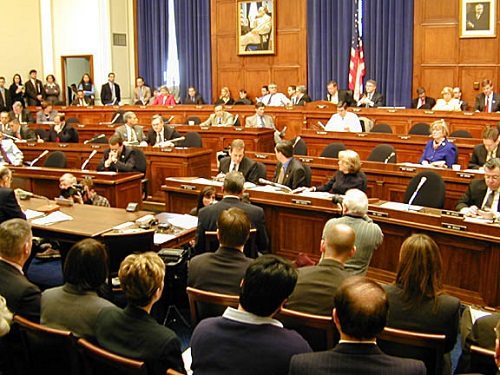 The House Ways and Means Oversight Subcommittee has scheduled a hearing for Wednesday afternoon, September 18th, to hear about the status of the Treasury Department’s investigation into the IRS’s handling of applications for tax exemption from 2010 to 2012 and “the revelation [in May, 2013] that the IRS targeted certain organizations on the basis of their political views.”

The IRS scandal was a major story in May and early June, but has since been eclipsed by other issues. However, this does not mean that nothing has been happening and the story has gone away. How did we get to where we are now? A review of the story may be appropriate as Congress ramps up for more hearings.

NPQ reported that on Friday, May 10th, 2013, Lois Lerner, the Director of the Exempt Organizations (EO) Division of the IRS, announced to a group of tax lawyers that IRS employees in its Cincinnati office had been targeting applications for tax-exempt recognition from Tea Party and other conservative groups for special scrutiny, resulting in delays for approvals. Later that week, NPQprovided a summary of findings from the Treasury Inspector General for Tax Administration’s (TIGTA) audit report. J. Russell George, the TIGTA, found that some applications were indeed targeted for scrutiny, encountered long approval delays, and that some applicants were asked to respond to lengthy supplemental questionnaires which included inappropriate questions as well as questions previously answered by applicants. Mr. George also found that the special handling some applications was not controlled by IRS personnel in Cincinnati, as originally asserted by Ms. Lerner, but was being coordinated by IRS officials in Washington, D.C.

Even in the early days, NPQ noted a number of problems for the IRS and the Obama Administration in handling the scandal. Early Congressional testimony was complicated by Ms. Lerner’s awkward assertion of her Fifth Amendment right against self-incrimination when appearing to testify to the House Government Reform and Oversight Committee.

A search of the NPQ web site shows more than a dozen stories written about the IRS scandal since May 10th, including stories on staffing changes at the IRS and disputes over the fairness and completeness of the inspector general’s report.

Since our last wrap-up of events in the scandal, there have been several developments, culminating with the announcement of the hearing scheduled for Wednesday. The Treasury inspector general’s office is investigating additional evidence that both progressive and conservative groups may have been targeted by the IRS as part of its self-styled “Tea Party program.” Treasury IG George stated in Congressional testimony that the e-mails referenced by Congressional Democrats indicating targeting of progressive groups were not made available to him by the IRS at the time of his original audit. NPQ reported in July that there was a BOLO (“be on the lookout”) issued by the IRS for tax-exempt applications that included liberal or progressive keywords. However, this particular BOLO was identified by the Treasury investigation as one drafted long after conservative groups were targeted, and that the BOLO in question was never made active by the IRS.

Both Republicans and Democrats cited problems with the TIGTA’s May report. Democrats accused Republicans of directing the Treasury investigators to focus only on the IRS’s handling of Tea Party applications, thereby neglecting the handling of applications from liberal and progressive groups. Republicans rejected this, saying that they realized that other conservative groups unaffiliated with the Tea Party were complaining in 2010 and 2011 of having their applications delayed. Meanwhile, some Congressional Republicans were distressed that the TIGTA’s investigation took more than a year, and that IRS senior manager and Lois Lerner’s deputy, Holly Paz, was allowed to sit in on investigators’ interviews with IRS staff.

J. Russell George, the TIGTA, has emphasized that the May 2010 Treasury report issued by his office was presented as an “audit,” not a formal investigation. An audit is more targeted, relies on information provided by the audited party, and is designed to answer a specific question or questions. An investigation, on the other hand, is designed to determine potential wrongdoing, with investigators having subpoena power as well as the ability to follow leads and adapt the scope of their work based on developing evidence.

Meanwhile, a retired IRS attorney, Carter Hull, testified that so-called “Tea Party” cases were forwarded to the office of the IRS General Counsel. Republicans seized on this information as potential evidence of political motivation in affecting approvals of tax-exempt recognition for political groups. The IRS General Counsel and the IRS Commissioner are the only two positions at the IRS that are filled by political appointment.

In early August, Darrell Issa’s House Reform and Government Oversight Committee subpoenaed US Treasury Secretary Jack Lew to produce additional documents to aid in its investigation. The committee is pursuing one of several concurrent investigations of the IRS, centered on the IRS’s handling of applications for tax-exempt recognition by conservative groups. At one time, the IRS estimated that as many as 65 million documents in its possession might be relevant, but has revised that estimate downward to between half a million and a million. To date, about 12,000 documents have been produced. Acting IRS Commissioner Danny Wuerfel notes that the IRS is dedicating 70 IRS attorneys to fulfill outstanding requests, and that documents will be provided more quickly as training of the attorneys on how to handle the requests has been completed.

There have been some odd stories associated with the IRS, scandal, to be sure. Early reports that former IRS Commissioner Douglas Schulman visited the White House 157 times were subsequently debunked. Though Schulman was cleared to visit that many times, appointments were changed or cancelled. He actually visited closer to 11 times, usually to discuss the IRS’s role in implementing aspects of healthcare reform legislation. Another odd story had to do with the accessing of conservative US Senate Christine O’Donnell’s tax records by state employees in her home state of Delaware in 2010. The issue was added to the IRS investigation in July of this year. The strange part of this story is that, shortly afterward, it was discovered that the Delaware state investigator’s file has been lost, with all records of the previous inquiry now missing.

In the past week, e-mails from Lois Lerner were made available to the media by GOP sources. The Wall Street Journal reported that Ms. Lerner was concerned that the Supreme Court’s Citizens United decision might cause Tea Party applicants for IRS exempt recognition to challenge limitations on their political activities as nonprofit entities. In one e-mail, Ms. Lerner calles “Tea Party Matter very dangerous.” She added: “This could be the vehicle to go to court on the issue of whether Citizen’s [sic] United overturning the ban on corporate spending applies to tax exempt rules.” She wished to avoid such a court challenge by Tea Party groups. She asked that any such applications be referred to her office and to the office of the IRS General Counsel. Further, she expressed the hope that questionable applications could be rejected for reasons other than political activity. “It would be great if we can get there without saying the only reason they don’t get [charitable status] is political activity.”—Michael Wyland