USTA Conflict of Interest Controversies at US Open Tennis Tournament 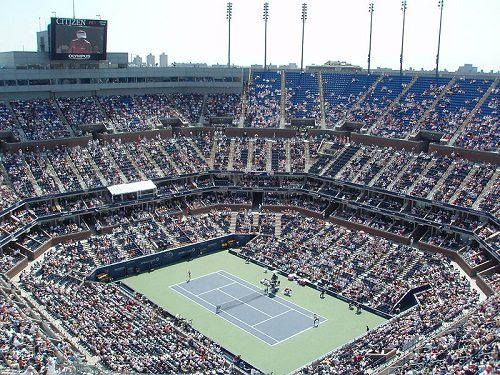 For all of us tennis enthusiasts, the report from the New York Times by Mary Pilon and Andrew W. Lehrenaug on what appear to be multiple conflicts of interest in the United States Tennis Association raises troubling questions about the USTA’s nonprofit management practices.

Pilon and Lehrenaug detail numerous examples of USTA board members whose organizations scooped up significant amounts of USTA grants and businesses that grabbed lucrative contracts. Examples include the $2.78 million given to Tennis Media Company, the publisher of Tennis magazine and Tennis.com, making it the largest USTA outside contractor—outside, that is, except that Jeff Williams, the Tennis Media Company’s publisher, sits on the USTA board. Other USTA board members also scored well for their nonprofit and business interests.

Nonprofit Quarterly examined the USTA’s 2012 Form 990 to note that that the conflicts of interest described in the New York Times article are generally not indicated on the form, the non-employee board members are all paid for their board service (between $6,000 and $26,000), and the executive director, Gordon Smith, pulled in compensation of $1,136,722 plus an additional $140,773 for service to related organizations).

NPQ is aware that many readers find it inappropriate or distasteful to reference the salary of an executive director of a nonprofit. Others believe that business or trade association CEO salaries are expected to be much higher than most nonprofits, as the USTA is a 501(c)(6) with total income of $212.9 million. Nevertheless, a seven-figure ED salary (not to mention the number of employees with salaries greater than a half-million) catches our eye. That’s especially true when some workers at the National Tennis Center in Flushing are making paltry incomes—for example, the recently advertised positions for front desk associate and administrative assistant pay $10 an hour.

But how does the USTA explain away the apparent conflicts of interest? A spokesperson named Chris Widmaier said that grants to board members’ causes and contracts with their companies were just about unavoidable in, as the authors put it, “the small world of elite tennis.” “You’d be kind of hard pressed to find someone with that kind of tennis expertise that might not have interacted with the USTA at some point,” Widmaier said. However, Widmaier seems to have missed the point. Millions of Americans have “interacted” with the USTA. From that population, it is difficult to imagine that the Association wouldn’t have been able to find candidates for the board without business ties or grant expectations.

“A lot of people who are involved in the USTA are willing to do things because they love the game, not because they’re trying to get something out of it or because they want to get some funding,” CEO Smith added. In fact, the board members suggested that they were not involved in the decisions about grants or contracts for their organizations, implying that they typically recused themselves from those conversations. But recusing oneself from a decision when all of the board members know exactly that you’re going to benefit from the grant and contract does next to nothing to rid the impression of a conflict of interest.

Nonprofit Quarterly also knows that the practice of having board members provide services to the organization they help govern—a practice we find fraught with problems—is defended passionately by some top leaders of the nonprofit sector as unavoidable, consistent with the USTA’s contention, or even beneficial to the extent that board members provide below-market-value goods and services. Francie Ostrower’s research from 2007 showed that many nonprofits, as many as three-fourths, that had financial transactions with their board members obtained goods and services at market value, though a significant percentage didn’t actually require board members to disclose their financial interests in entities that might be doing business with the nonprofits they ostensibly governed.

If you’ve attended any US Open matches in the past, you might have seen more corporate bigwigs and Hollywood celebrities at Arthur Ashe Stadium than you could have spotted courtside at the usual star-studded courtside seats at Los Angeles Lakers games. That’s the way the game of big-time sports is played nowadays. So, at the U.S. Open, unable to afford seats that might cost a big slice of your paycheck, you might find yourself wandering through the outer courts where you can see the players close up and spot Benjamin Becker, Boris Becker’s son, playing his first round match on Court 10, or Sabine Lisicki on Court 13, and that’s often more fun. But that doesn’t mean that the USTA’s conflicts of interest should be ignored and swept under the rug.—Rick Cohen