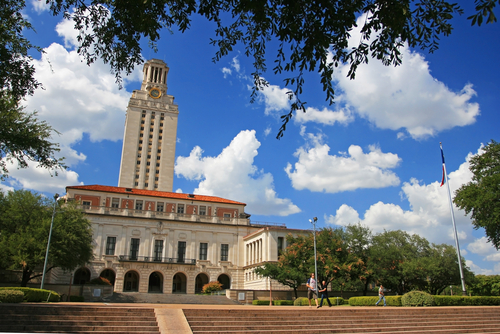 The ongoing brouhaha concerning the admissions scandal at the University of Texas-Austin isn’t about nonprofits. UT-Austin is a public university, part of the University of Texas system. But what UT-Austin has done to try to frustrate the efforts of one trustee to uncover information about admissions scandals at UT-Austin and the UT Law School contains lessons for nonprofits about transparency and accountability and about the roles of board members.

UT Regent Wallace Hall has been attacked, vilified, excoriated, choose your verb, for his effort to get access to UT-Austin documents revealing details of the use of political connections by UT-Austin administrators to admit some otherwise unqualified applicants. According to Dallas Morning News editorial writer Rudy Bush, Hall persevered and won the support of the UT-Austin board to get access to background documents that were used in a report by an outside firm to investigate the charges.

The Kroll report “proved up Hall’s concerns that, indeed, admissions to UT-Austin and UT Law School have been used as political coins” but it didn’t name names about the specific politicians and powerful business moguls who managed to use their influence to navigate the UT-Austin admissions process. “Who wanted favors, and who got them?” Bush asks.

Although Hall “barely” got the support he needed from his colleagues on the board of regents to have access to the documents, he nonetheless got the support, which should have compelled UT officials to comply. But UT stiff-armed Hall, denying access to the documents claiming he had failed to show an adequate reason. Hall went to Attorney General Ken Paxton for an opinion. UT responded that Hall had no right to ask the AG to opine, much less intervene, but the AG in the end sided with Hall.

The AG’s opinion letter makes it clear that the rules of the board of regents, consistent with the intent of state legislation on UT, is explicit about allowing individual board members “to be provided access to…information…[that] in their individual judgments will enable them to fulfill their duties and responsibilities as Regents of the U.T. System.” The AG letter is clear on the law and the rules, leading to the impression that the UT-Austin administration might not have read the statute and the board rules, or perhaps they believed that because of political connections, the administration might somehow be immunized.

In Bush’s words, “As a regent, Hall not only has the right, he has the duty to review the facts around UT’s admissions scandal.”

That’s one big lesson for nonprofit board members. Hall may have been considered a troublesome pest by UT-Austin administrators for his dogged personal investigations that uncovered the admissions scandal, but he did what he was supposed to do. He saw indications of a problem, raised his concerns with administrators, was dismissed out of hand (in part by some of the people who were perpetrators of the admissions scandal), and decided he wasn’t going to be deterred by a report that, despite acknowledging the admission of applicants who weren’t qualified but for their political or business connections, would be dismissed by the school as revealing nothing so wrong as to require reprimands or other actions.

No offense to all you executive directors out there, but there are too few pain-in-the-neck, doggedly single-minded Wallace Hall-type board members who want to get to the bottoms of stories and far too many get-along-go-along types like the other UT-Austin regents who were not significantly discomfited by the administration’s use of admissions for influential politicians to see a serious problem. Too many board members are no-shows or, when they show up physically, are still all but no-shows for the level of effort they put into uncovering nonprofit problems.

The other lesson for nonprofits is embedded in UT-Austin’s consistent efforts to frustrate Hall’s investigations, even its failure to fully cooperate with the Kroll investigation. When a nonprofit insists on halting disclosure of information—that is, to anyone who sees even the barest outlines an organizational scandal, it is simply digging itself a reputational grave. The more UT-Austin fights, the more it is raising a flag about the institutional policies and practices that it is trying to prevent the public, not just Regent Hall, from knowing. The drip-drip-drip of disclosures is thousands of times worse than simply letting the damaging information go public, admitting the problem, and making the needed corrections.

“Admission to UT-Austin is a plum,” Rudy Bush writes. “It’s one that should go, in every case, to the most deserving young people who apply. It should never be a chip on the poker table of politics.”

Organizational reputation is a plum too. It is made valuable by organizations that behave responsibly and above-board. When organizations think they can be defended by vilifying critics and stymieing the public, they fail to understand just how much damage they can do to themselves. They end up, like former UT-Austin president Bill Powers, UT System chancellor Adm. William McRaven, and state politicians such as Texas House speaker Joe Straus and Texas House of Representatives members Dan Branch and Jim Pitts, linked to the word “cover-up”—no matter how much they may protest otherwise.—Rick Cohen