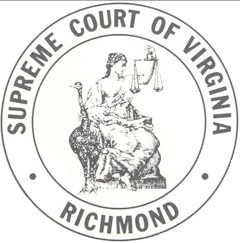 Yesterday, the Virginia Supreme Court handed down a limited but important ruling in the case brought by Amherst County Attorney Ellen Bowyer, and the news was good for Sweet Briar College stakeholders.

Bowyer and Attorney William Hurd had appealed the circuit court’s refusal to issue a full injunction against the sale of the college, and further petitioned for a fiduciary to be appointed, both to discover the true viability of the institution and to take control of its business. But the Virginia Supreme Court ruled only that the circuit court had erred on a matter of law and therefore sent the matter back to the lower court to be reheard as quickly as possible. An earlier motion for a temporary injunction was extended until June 24th.

In the ruling, the court acknowledged that time was a real factor in the situation, and that since the case was, as they wrote, “far from over,” not freezing time as the injunction would do would unfairly predetermine the outcome:

“The parties are engaged in widely publicized, closed-door negotiations. The legal issues are still evolving, and the factual record underpinning the parties’ allegations and defenses has yet to be fully developed. In short, the controversy of the College’s scheduled closing is far from over, and all agree that the ultimate merits of the controversy are not, at least for today, squarely before this Court.”

The error in the case was Circuit Court Judge James Updike’s ruing that the law of trusts cannot apply to a corporation. It can, according to the Supreme Court, and does in this case. But that is as far as the ruling went, making the finding significant but limited.

In a statement, Bowyer said she was delighted that the Virginia Supreme Court “has asked the circuit court to reconsider its decision relative to the question of a trust, and I am hopeful that on reconsideration, the circuit court will agree with my position: that Sweet Briar College is a trustee of the trust formed from Indiana Fletcher Williams’s Will.”

According to William Hurd, who is special counsel to Bowyer, a trustee is a person or a corporation that holds legal title to property but is required to use the property for the benefit of others. “This is not like a corporation that makes widgets and can decide whenever it wants to stop making widgets,” he said. “We’re very pleased that the court has given us this victory, given us the platform we need in our efforts to save Sweet Briar.”

L. Steven Emmert, an appellate lawyer based in Virginia Beach, called the ruling “at least a technical victory, a legal victory…[and] it may be more of a substantive victory for them. It still leaves the matter in the discretion of the trial judge whether to issue an injunction more fully.”

The fact that the court extended the temporary injunction in the case until June 24th is perhaps not a mandate, he commented, but it is an indication that the justices expect the trial court to move with all due speed. He expects that the case will proceed quickly.

“We can expect more news out of this case in the very near future,” Emmert said. “The justices are expecting the judge to go back to this promptly.”

Emmert also saw something significant in the fact that the full bench considered the appeal, rather than a panel of three justices, as did the speed with which they acted. An appeal often takes a year, but the justices turned around “this lightning ruling in five days.”

“It tells me the justices take this very, very seriously,” said Emmert.—Ruth McCambridge