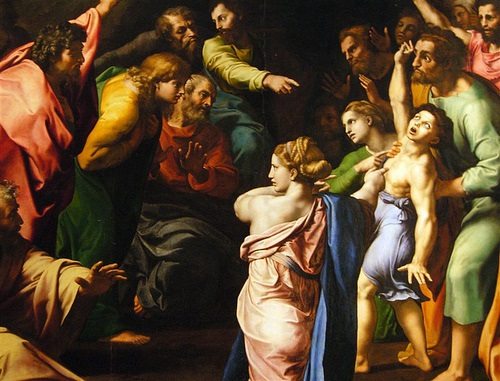 Pope Francis has decided to call an “extraordinary general assembly” of the world’s Catholic bishops in October 2014. The conference, officially themed “Pastoral Challenges of the family in the context of evangelization,” has been added to the regular meetings of the Synod of Bishops held every two years. The purpose of the recently issued questionnaire is to solicit input for a “working document” to be used in preparation for the special conference.

In the U.S., the questionnaire was distributed to bishops by the U.S. Conference of Bishops, headed by Cardinal Timothy Dolan, Archbishop of New York. The cover memo from Dolan requests responses from dioceses by December 31, 2013, so they may be forwarded to the Vatican in time to be included in the working paper. However, the National Catholic Reporter story noted that Dolan’s memo did not mention the Vatican’s desire that the questionnaire be distributed to parishes and deaneries to get a wider response. A spokesperson for Dolan indicated that the U.S. bishops were free to interpret the request and respond according to their interpretation.

The survey consists of a “preparatory document” and nine main questions with a total of 39 subparts, with all responses to be given in essay format. In addition, respondents are encouraged to submit data and studies they believe will assist the Synod of Bishops in their work.

In the UK, the survey has been posted online for anyone to fill out. The site promises that replies from outside the UK will be forwarded to the bishops in the respondent’s home country.

There are those who have interpreted the survey as evidence that the Catholic Church may be ready to modify its positions on issues from artificial birth control to gay marriage. The Florida Sun-Sentinel published a story relying on quotes from a spokesperson for Catholics in Alliance for the Common Good (CACG). CACG has a heavily modified version of the questionnaire on its website which would lead one to believe that significant liberalizing actions are being contemplated. However, the actual survey and accompanying letter from the head of the Vatican’s Episcopal Synod present a much different story.

The “preparatory document” accompanying the survey lays out the history of Catholic teaching on traditional marriage and its role. It identifies a number of threats to marriage and the family, from dowry-based marriage to polygamy to same-sex unions and cohabitation (with or without contemplation of marriage). Reading the letter, the purpose of the survey appears to be to gather information that can be used to help priests and bishops more effectively communicate existing doctrine about the sanctity of marriage, such as Pope Paul VI’s 1968 encyclical Humanae vitae—not to conduct a poll on how Catholic dogma should change to accommodate modern relationships.

The special meeting of bishops will be a working session rather than a voting session; the results of the surveys and the work to be performed in 2013 will be addressed further at the Synod of Bishops regular meeting in 2015. It is very likely that changes in teaching and approach to family issues by the Catholic Church, if any, will not come quickly, but we would love to hear from readers, especially those involved with the Catholic Church, about what you sense is happening in this area.—Michael Wyland