Voices from the Field: What the US Supreme Court’s Census Decision Means for Nonprofits

Yesterday, the US Supreme Court decided the contentious case about whether the Commerce Secretary can add a citizenship question to the 2020 census form. To help our readers decipher the 92-pages of competing opinions with fractured voting among the nine Justices and translate what it means for nonprofits, NPQ asked for insights from Tim Delaney, President & CEO of the National Council of Nonprofits, a former state Solicitor General who has argued and won cases in the US Supreme Court and who, with his colleagues, wrote an amicus brief in this case for the nonprofit community.

Many cases that wind their way to the US Supreme Court are so boring they can make watching paint dry seem exciting. Not this case. From the beginning, the question of why and how the aggressive attempt was made to add a citizenship question to the 2020 census has been highly contentious, getting to the very core of our national identity. But, setting aside motive, the consequences of adding the question would have been enormous.

In some ways, the plot reads like a novel, belying the importance and centrality of the question being decided. The case has involved enormous stakes as regular people had the audacity to challenge powerful partisan interests, generated heart-pounding suspense as lawyers swiftly maneuvered cases in multiple courts for the greatest leverage, provided intrigue via allegations of deviousness (something the Court’s decision reinforced as it heaped scorn on “contrived” actions), and even included the dramatic accidental discovery of new evidence after oral arguments—materials innocently uncovered by the estranged daughter of someone who died (something the Court did not try to block from being explored further—so stay tuned for more).

Nonprofits had a lot to lose, depending on how the Supreme Court ruled in this case. More fundamentally, Americans have a lot to lose. At stake, of course, is literally who is counted and who counts—or is perceived as not counting in America. With the current political environment in which heated and too-often toxic rhetoric is growing, the full recognition of this country’s communities of color has never been so critical.

The placing of a citizenship question on the census, according to US Census Bureau research, was anticipated to potentially lead to an undercount of 6.5 million people.

But, for multiple reasons, the issue of the citizenship question still has not been fully resolved. This article identifies how an incomplete census count threatens the work of almost every nonprofit in the country, analyzes (very briefly) the Court’s decision, and searches for a glimpse of the future before suggesting steps each nonprofit can take with the 2020 census to protect its mission.

Why Nonprofits Have a Stake in the Census Count

While mandated by the Constitution to apportion political representation, the results of the decennial count of every person in America affect the lives of us all—including nonprofits—every day. Census data are used to allocate not only political power between the states, but also about $900 billion in federal funds annually. Many of those dollars flow to the work of nonprofits through grants and contracts with federal, state, and local governments. Plus, the data provide information that for-profit businesses, governmental entities, and nonprofits will use when making business and planning decisions over the next decade. Anything less than a fair, accurate, and complete count shortchanges communities and produces flawed data upon which billions in investments are based. In short, everyone loses when everyone is not counted.

We wrote our amicus brief to make abundantly clear what the citizenship question could mean to frontline nonprofits. The evidence at all three federal court trials, including sworn testimony from Census Bureau experts, showed that including the citizenship question on the census would lead to undercounts and flawed results. We wanted the Court to look beyond the raw partisanship that fills DC and see the practical truth that an unfair, inaccurate, and incomplete count by the federal government poses significant threats to the work of nonprofits in local communities across the country. Those threats include these three points we stressed in our brief:

Impact on Dollars and Sustainability

When individuals aren’t counted, they aren’t erased. They still exist, as do their human needs. The uncounted child still attends school, the uncounted veteran still needs a home, the uncounted farmer still uses roads and bridges, and the uncounted widow still needs her doctor. For every person the census fails to count, fewer dollars are allocated to the community where the person lives. States lose anywhere between $533 and $2,309 annually per person who isn’t counted. When resources are withheld due to undercounts, it unfairly shifts the government’s financial responsibilities for helping the public onto the backs of charitable, religious, and philanthropic organizations

Impact on Data and Effectiveness

Undercounts do not simply leave numbers out; they distort the true numbers, essentially corrupting the data that are reported. Using corrupted data would erode the effectiveness of nonprofits and thereby hurt the individuals and communities that nonprofits serve. These data are routinely used by nonprofits in decisions on where and how to focus their services in the community. The same is true of for-profit entities and governments that rely on access to quality census data to inform their decisions on issues like whether and how much the specific populations they serve are growing, shrinking, or moving. One example should suffice: should a nonprofit hospital build a geriatric or a pediatric wing to its facilities? Flawed data could cause millions of charitable dollars to be misspent.

Impact on Democracy and Trust in Government

Throughout our nation’s history, nonprofit organizations have played a vital and unique role in promoting democracy. Through nonprofits, people stand up and speak out for the public good, often providing a voice for those individuals and groups who are unable to speak for themselves. Likewise, nonprofits share the responsibility to promote greater engagement of the citizenry, civic dialogue, open elections, and open government. A census that is not fair, accurate, and complete would undermine public trust in government and adversely affect the ability of nonprofits to engage the public.

What the Supreme Court Ruled

One can wade through the Court’s June 27th decision—divided among four separate opinions, filling 92-pages, spread among seven subparts, five of which were decided unanimously, one in which seven Justices agreed, and one in which five Justices agreed—and never find an overarching statement of “this side wins” or “this side loses.” While ever-shifting majorities affirmed the district court on some items and overruled it on others, the bottom line is that the Court rejected the Commerce Secretary’s claimed rationale for adding the citizenship question and sent the case back to the already very skeptical district court judge to give the federal government another shot at coming up with a legitimate excuse.

Specifically, by a 5–4 split, a majority of the Justices agreed with the district court that the Commerce Secretary’s asserted reason for adding a citizenship question was pretextual—intentionally false and offered to cover up true motives or intentions.  After reviewing the facts, a majority found that the Secretary’s decision to add the citizenship question “cannot be adequately explained” and the “evidence as a whole…reveal[s] a significant mismatch between the decision the Secretary made and the rationale he provided.” The majority goes even further, emphasizing, “the evidence tells a story that does not match the explanation the Secretary gave for his decision. [His] sole stated reason seems contrived,” wrote Chief Justice Roberts.

For the measured and restrained Chief Justice, that’s extremely harsh language about a senior federal official, indicating serious concerns about the real reason for adding the question.

The order returning the case to the trial judge puts the Commerce Secretary in both a procedural and substantive bind. Procedurally, the federal government has told the Supreme Court repeatedly that, as the Court’s opinion notes, “the census questionnaire needed to be finalized for printing by the end of June 2019.” There is not time for the Secretary to make a new finding to justify his earlier decision and for the district court to then review again—all before this Sunday. Substantively, the Commerce Secretary testified to Congress that he added the question “solely” at the request of the US Department of Justice so it could enforce the Voting Rights Act. Yet the Supreme Court said it didn’t buy that explanation. And if the Secretary comes up with a new rationale, it will contradict what he told Congress before. In non-legalese, that’s being put between a rock and a hard place.

Gazing into the Future

There will be many legal contortions between now and the date all residents in the United States complete the 2020 Census. Those many courtroom plot twists may even include battles over whether the President can unilaterally delay the constitutionally mandated census count to buy time to come up with a new rationale that will survive Supreme Court muster, as he threatened to do following the Court’s decision. Which means gazing into a crystal ball is as likely to predict the future as relying on the pronouncements of a tarot card reader at a carnival. Instead, nonprofits need to focus their…

Eyes on the Prize

There is much work to be done to prepare for the actual 2020 census—and nonprofits play a critical role ensuring that every person is counted. As trusted problem-solvers in their communities, nonprofits have the relationships and influence to overcome fear among populations that feel they have been unfairly targeted. Working together, local nonprofits can help coordinate get-out-the-count efforts, and share insights and resources—intellectual and financial—to promote public awareness. Many nonprofit leaders are already members of their local or state complete count commissions; still more can get involved. And nonprofits can work with philanthropic partners to fund and staff programs that directly connect with those who typically can be overlooked, making us the best and logical choice in leading and engaging in census activities.

In short, regardless of how the citizenship question litigation turns out, nonprofits need to keep our eyes on the prize of securing a fair, accurate, and compete count that supports our missions and the people we serve.

Here are three specific steps every nonprofit can take:

A final word about the vital role that we all play in our communities: given the highly charged political rhetoric about immigrants, non-English speaking individuals, non-citizens, and people of color, it’s understandable that advocacy groups and others focused on particular populations have stepped forward to provide vital leadership. But they should not be carrying the full burden. The issue of a fair, accurate, and compete count is not their responsibility alone. It’s a we issue; it’s our collective responsibility and opportunity to protect and defend the US Constitution, which mandates that the decennial census will count “every person” in the country, not just every citizen. Nonprofits, let’s roll up our sleeves and make sure that the 2020 census is fair, accurate, and complete for everyone. Because everyone counts.

The Inaccurate Census before Us Has Wide and Harmful Ramifications 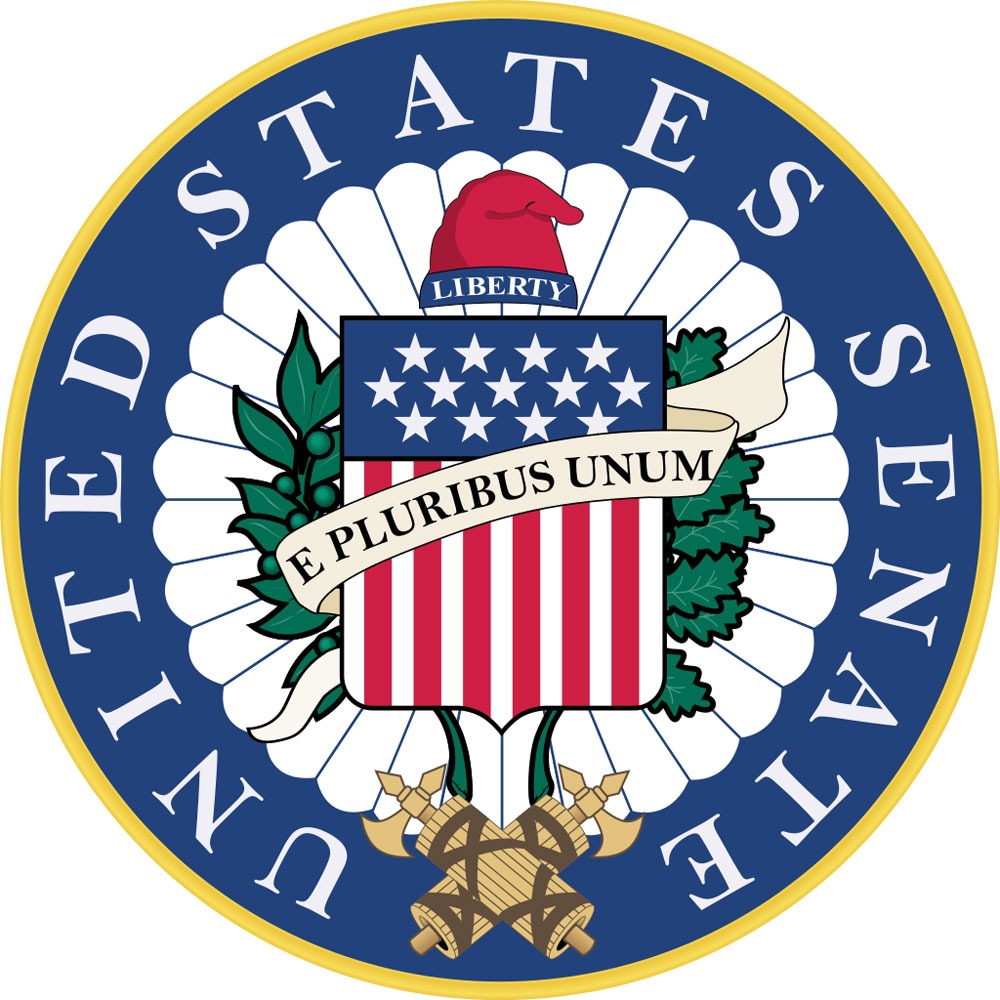 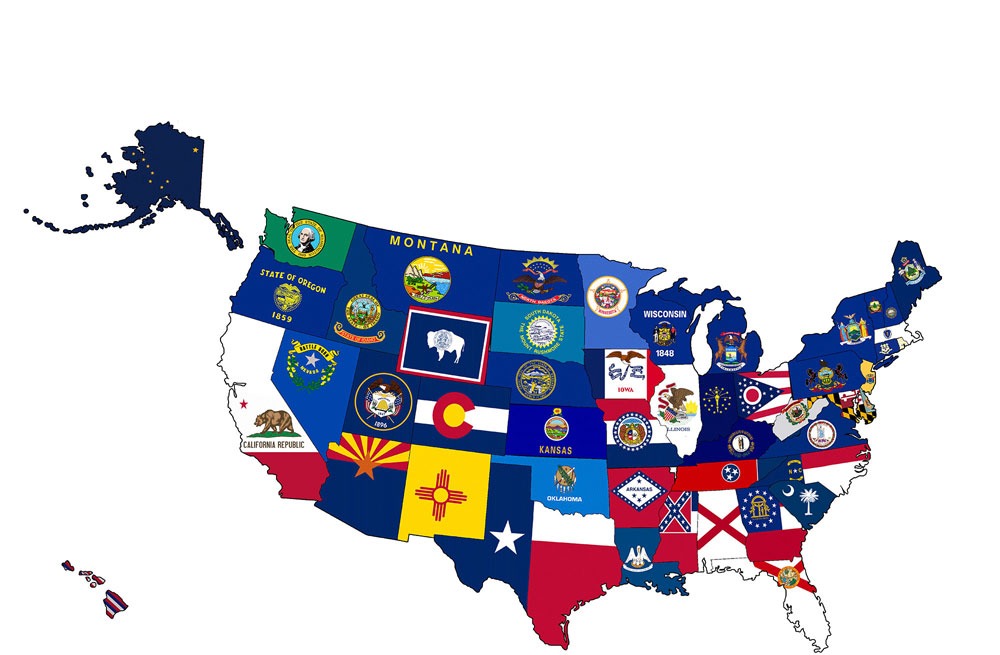